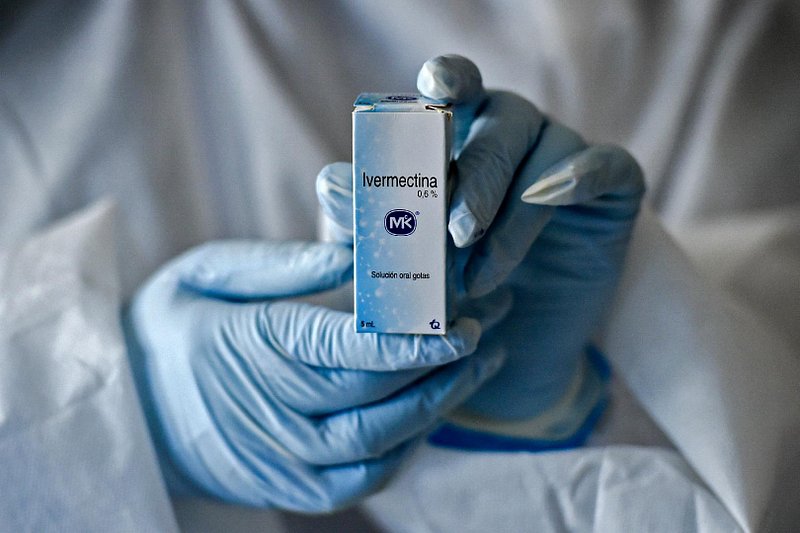 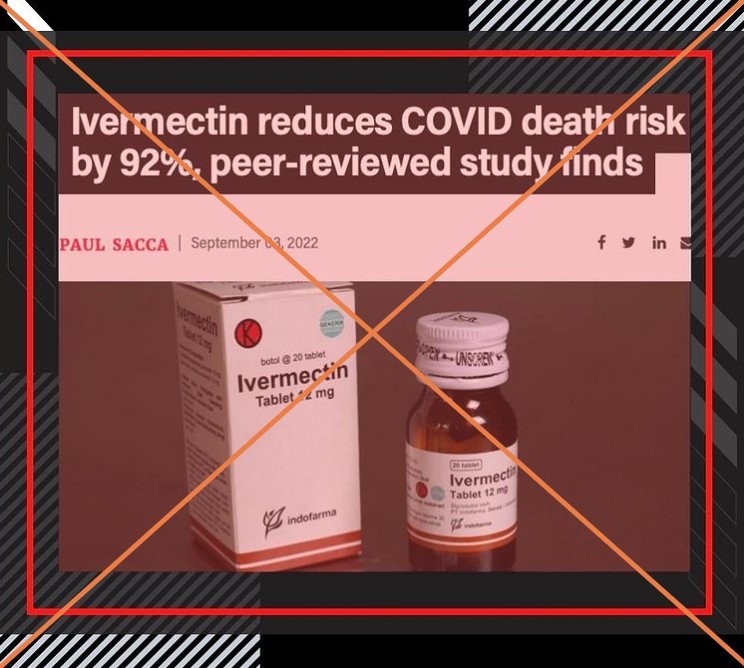 The image shows a headline of an article from The Blaze, a media outlet launched by US conservative political commentator Glenn Beck. It was also shared on Instagram here and here.

Ivermectin, a drug approved in the United States to treat certain parasitic infections, has been the subject of misinformation throughout the coronavirus pandemic -- particularly among anti-vaccine advocates.

In 2021, the US Centers for Disease Control and Prevention (CDC) warned against using the drug to treat Covid-19, saying it could have potentially dangerous side effects. The Food and Drug Administration (FDA) has also cautioned against ivermectin.

The analysis examined the use of ivermectin as prophylaxis for Covid-19 by drawing upon data collected from a citywide program in Itajaí, Brazil. The program offered volunteers medically prescribed ivermectin between July and December 2020.

The researchers said ivermectin prevented Covid-19 infection and hospitalization -- and that they observed a 92 percent reduction in mortality among participants who were given the drug. But Flávio Cadegiani, one of the authors, told AFP in an October 7, 2022 email that the study "is insufficient for the approval of the drug for Covid-19."

"The limitations regarding the methodology of the study are (exactly) those inherent to observational studies," he said.

Multiple experts agreed that the observational nature of the study means it alone cannot be used to determine whether ivermectin is effective at treating Covid-19.

"An observational study can give you a hypothesis that can be followed up with a randomized controlled trial," said Amesh Adalja, a senior scholar at the Johns Hopkins Center for Health Security, on October 6.

Adalja said there are many factors that cannot be controlled when relying on a voluntary program, including unmeasured variables such as access to health care, wealth and age. He added that randomized controlled trials have found the opposite of what the study cited on social media claims.

"There has not been any data that has shown ivermectin is beneficial," he said. 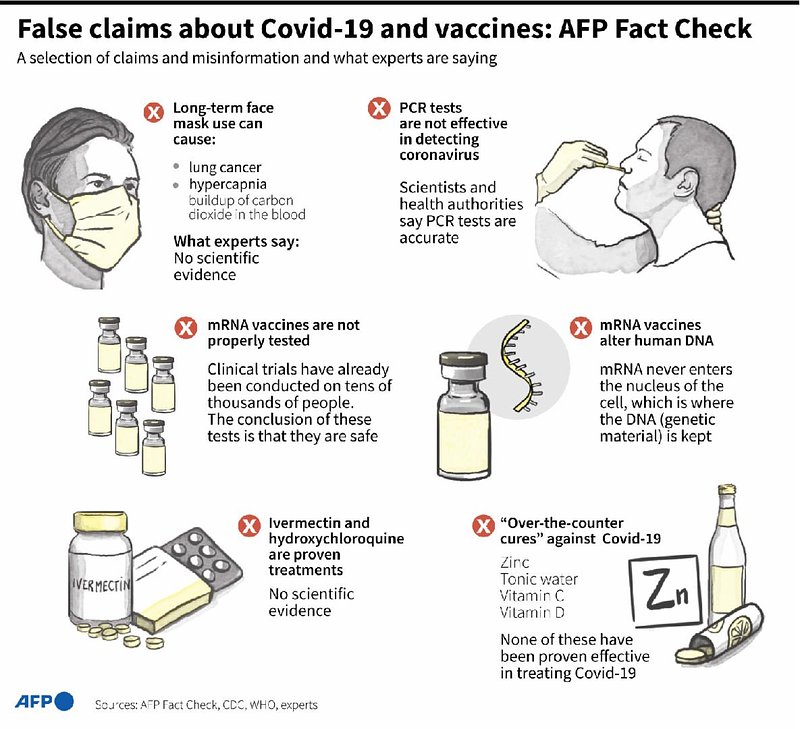 The US National Institutes of Health (NIH) says it "recommends against the use of ivermectin for the treatment of Covid-19, except in clinical trials." This is based on recently published randomized controlled trials that found no benefit from ivermectin in treating Covid-19.

Greg Tucker-Kellogg, a biology professor at the National University of Singapore, pointed to others issue with the study published in Cureus, including "time bias."

"The analysis treats everyone as if they were all comparable over the same time period, but they were not," he said in an October 7 email.

For example, someone who contracted Covid-19 in July 2020 and had not yet signed up for the program would be automatically counted in the group of participants not using ivermectin. This means "the non-user group was accumulating infected cases while the user group was enrolling non-infected participants," Tucker-Kellogg said.

Additionally, participants were advised to stop taking ivermectin if they became infected.

"This protocol inflates infection rates for non-users and irregular users in what appears to be a dose-dependent manner but is entirely an artifact," Tucker-Kellog said.

"The claims are all nonsense, and dangerous nonsense at that," he concluded.

Ethical concerns were also raised about the study.

Gideon Meyerowitz-Katz, an epidemiologist at the University of Wollongong in Australia, tweeted to point out that some of the study authors are associated with groups that promote ivermectin.

4/n The team is full of...interesting characters. There are clear financial CoIs for many of the authors. Something apparently unacknowledged is that Vitamedic was apparently the company that provided the ivermectin used in this program pic.twitter.com/mw7PjQhVZa

For example, study author Pierre Kory is president and co-founder of the Front Line Covid-19 Critical Care Alliance (FLCCC), a group of doctors who advocate for the use of ivermectin to treat Covid-19.

After Tucker-Kellog told Cureus about these potential conflicts of interest, the journal published a disclosure on its website.

AFP has fact-checked other false and misleading claims about Covid-19 here.