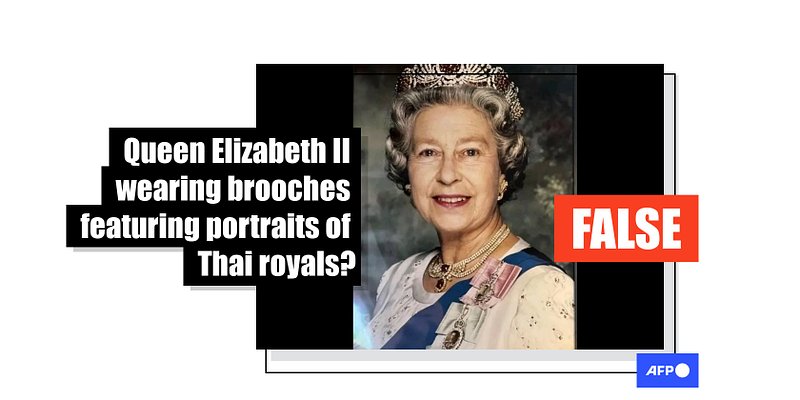 "This photo of Queen Elizabeth II shows her wearing the brooches of King Rama V and Rama IX of Thailand," reads a Thai-language post shared on September 21. 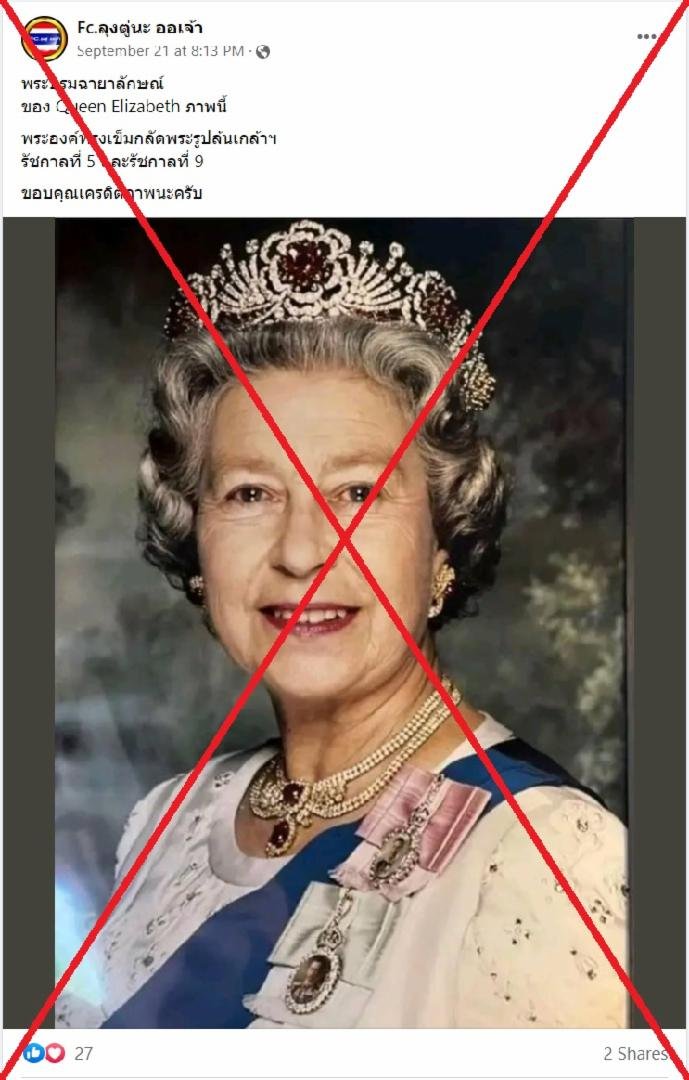 Queen Elizabeth II, the longest-serving monarch in British history, died on September 8 at her Scottish Highland retreat. She was 96 years old.

The queen and the late King Bhumibol Adulyadej, also known as Rama IX, forged a friendship over the decades, AFP reported here.

The photo was also shared in Facebook posts here and here alongside a similar claim.

However, the badges worn by the late queen do not show images of Thai monarchs, historians told AFP.

A reverse search on Google found a higher quality version of the photo published on the auction site Invaluable.

The page states that the image was taken by British photographer Terry O'Neill and put up for auction by the Dutch auction house Hessink's on September 3, 2022.

Below is a screenshot comparison between the photo in one of the false posts (left) and the image published by Invaluable (right): 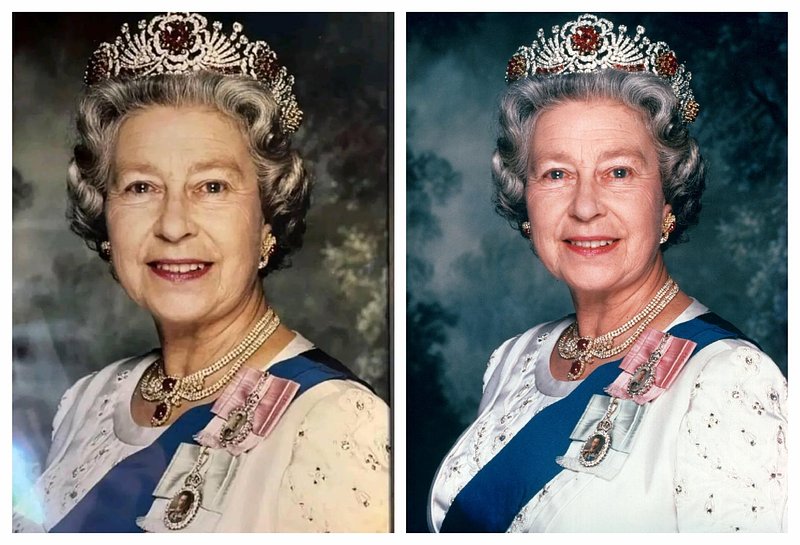 Screenshot of a comparison between the misleading image (L) and the image published on invaluable.com (R)

AFP found the images in the badges correspond to photos here and here published by the Royal Collection Trust website.

Responding to the posts, historians told AFP the badges are of Elizabeth's father and grandfather -- not Thai monarchs.

Anna Whitelock, professor of the History of Monarchy at the City University of London said the brooches show "George VI and George V."