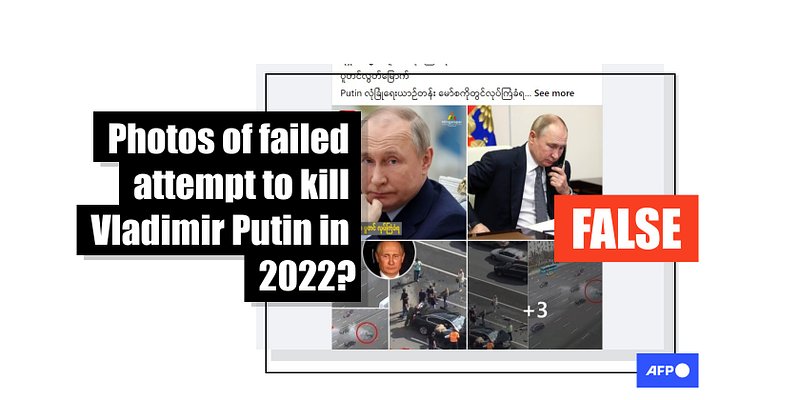 Photos of a wrecked car have been shared hundreds of times in Burmese-language Facebook posts that claim they show a failed assassination attempt on Russian President Vladimir Putin after he attended a regional security summit in September 2022. This is false: the photos have previously circulated in posts about a car crash that reportedly killed a driver for Russia's presidential office in the capital Moscow in September 2016.

The photos have been shared more than 600 times after they were posted here on September 16, 2022.

Portions of the lengthy Burmese-language caption translate as: "There was an assassination attempt against Putin but he survived.

"Nothing happened to Putin. Many of his bodyguards were arrested. The assassination took place when Putin returned to his residence in Moscow, Russia.

"At another place where the SCO meeting was held, security forces have moved Chinese President Xi, who hasn't appeared in public for three years, to an emergency safe location." 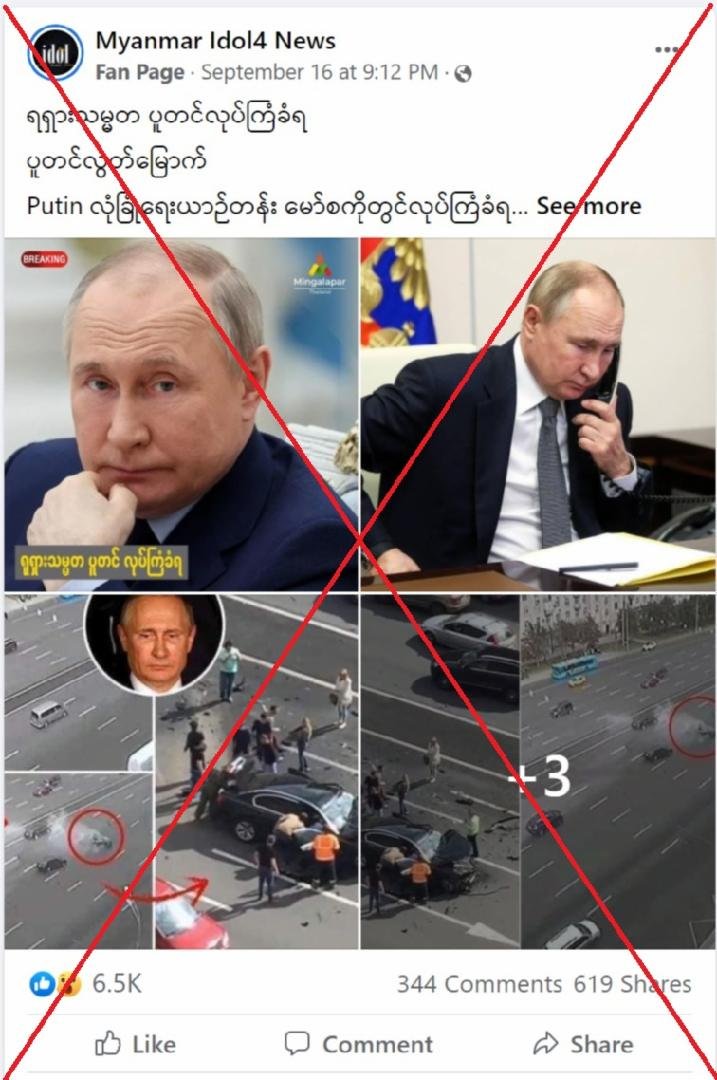 The post -- which also includes images of Putin originally published here and here -- circulated after the Russian leader met with President Xi Jinping of China on the sidelines of the Shanghai Cooperation Organisation (SCO) summit in Uzbekistan.

The SCO is a security group whose kingpins are China and Russia but also includes some Central Asian states, India and Pakistan, and has been described as an eastern answer to NATO.

The images were also shared in similar Facebook posts here, here and here; and in a blog post here.

However, AFP did not find evidence that the event described in the posts actually happened.

Combined reverse image and keyword searches on Google found the photos have been published by the British newspaper The Sun on September 7, 2016.

The report states the crash killed a driver who worked for Putin.

Below are screenshot comparisons of the photos in the false posts (left) and the photos published by The Sun in 2016 (right):

Screenshot comparison of the first collage and the picture from The Sun&#039;s report 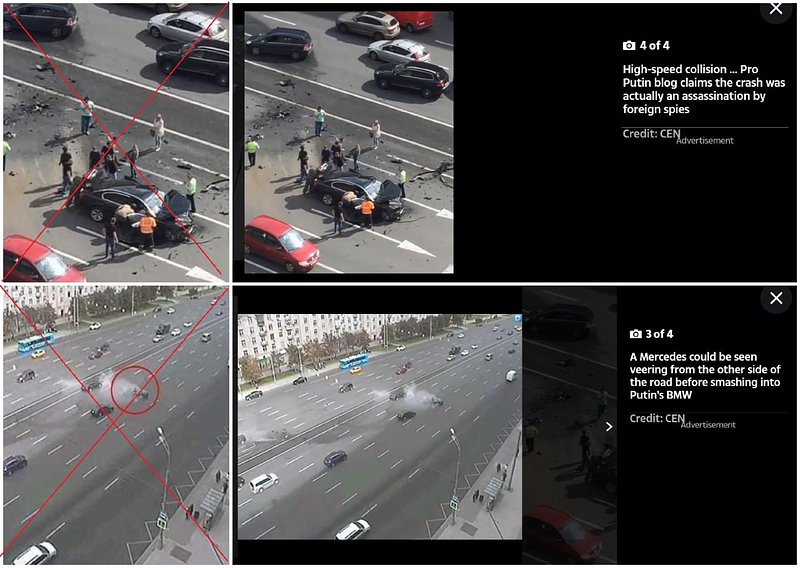 Screenshot comparison of the photos in the second collage and the pictures from The Sun&#039;s report

The Russian online newspaper Gazeta.ru also reported on the incident on September 2, 2016.

It said the driver was employed by the Directorate of the President of the Russian Federation, but was not specifically employed as Putin's personal driver.

According to the article -- which cites state news agency TASS -- the car was assigned to the Federation Council, Russia's upper house of parliament.

The newspaper also published a series of photos showing the crash here.