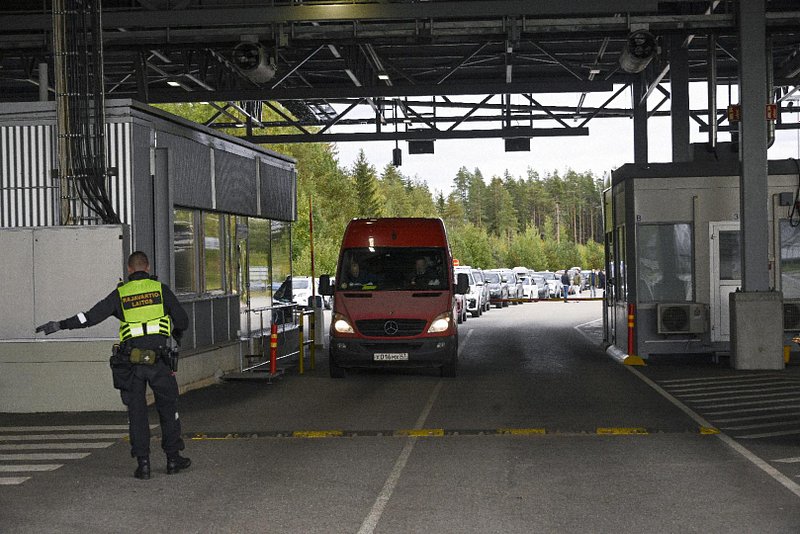 A video viewed millions of times is claimed to show a miles-long backup of cars at the Russian border with Finland after Vladimir Putin ordered a major mobilization of reservists in an escalation of the war against Ukraine. This is misleading; the video was filmed in August and posted online days before the Russian president's order, and Finnish border officials have said that while the lines at the checkpoint in question intensified in recent days, they remain manageable.

"The traffic jam at the border with #Russia/#Finland has pilled up to 35KM and is rising by the hour," says one September 21, 2022 tweet sharing the video, which racked up more than 2.7 million views before Twitter labeled it as out of context. 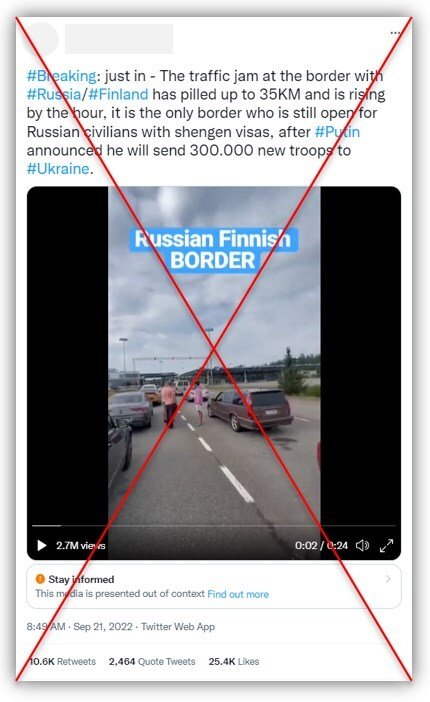 The video spread against the backdrop of Putin's September 21 order calling up 300,000 military reservists for the war against Ukraine, which sparked protests in Russia and a rush to book flights out of the country as prices skyrocketed. Finland said it is preparing a national solution to "limit or completely prevent" the entry of tourists from Russia.

Versions of the video sprung up across Twitter, Facebook and TikTok as social media users shared it in numerous countries and languages, including Spanish, Portuguese, French, German, Thai and Ukrainian.

But the clip predates Putin's announcement by almost a month.

Searches on TikTok and other social media revealed that the video was first posted to TikTok and YouTube on September 19 by Igor Parri, who lives in Finland and creates videos under the title "Igor in Russia."

Parri, who shared the original clip with AFP, said he recorded it weeks earlier on August 29.

As social media users started reposting the video after Putin's order, Parri commented under his posts to say the video predated that development.

Screenshot taken on September 22, 2022 of a comment posted by Igor Parri on TikTok

"It was an unfortunate coincidence that I put the video on TikTok and YouTube before Wednesday (September 21)," Parri told AFP. "The video itself was filmed on (August 29) at the border at Vaalimaa, but a queue like that is pretty typical at that border. The point of the video was different and encouraged people to think of each other as people, because in Finland there has been an increase in negative attitudes towards Russian tourists."

GPS coordinates attached to the video's metadata confirm the clip was filmed at the border crossing point in Vaalimaa, a village in the southeast of Finland that serves as one of nine international border crossing points on the country's roughly 800-mile land border with Russia.

AFP separately geolocated the video to the Vaalimaa checkpoint by matching details in the video to what can be seen in photos stored on Google Maps.

The dark green foliage seen in the video also differs from the autumn colors currently on display near the Vaalimaa checkpoint, visible in the AFP footage below.

Border crossings into Finland from Russia increased slightly after Putin's announcement compared to past weeks, said Kimmo Ahvonen of the Finnish Border Guard, who reviewed the video for AFP on September 22.

The Finnish Border Guard counted 4,824 Russians who arrived in Finland via the border with Russia on September 21, compared with 3,133 one week prior on September 14. But while the border traffic "continues as fairly busy," queues of cars at the border are "nothing really extraordinary," Ahvonen said.

The line the evening of September 21 stretched only for about 250 meters (about 820 feet) and remained similar the following morning, Ahvonen said -- a far cry from the backlog spanning 35 kilometers (21.7 miles) that some posts sharing the out-of-context video on social media described.

"Yesterday's traffic was still less than the weekend traffic, and clearly less than the traffic volumes before the pandemic," the Finnish Border Guard said in a tweet, one of several updates the agency posted after warning of out-of-context "videos circulating on social media" and other "incorrect information in circulation."

Situation at Finland's borders has not changed with the announcement of Russian moilization. There are videos circulating on social media, at least some of which have already been filmed before and now taken out of context. There is incorrect information in circulation.

"The increase is still not really dramatic by any means," added senior border guard Jari Huttunen in a video the Finnish Border Guard posted September 22.

Matti Pitkäniitty, head of the border guard's international affairs unit, and Ville Cantell, the communications director for sustainable development and trade at Finland's Ministry of Foreign Affairs, also tweeted that the border situation was normal.

AFP video and photos show a backlog of cars at the Vaalimaa border-crossing point, but not a line approaching 35 kilometers. An AFP journalist reported that on the afternoon of September 22 the line was about 150 meters long. 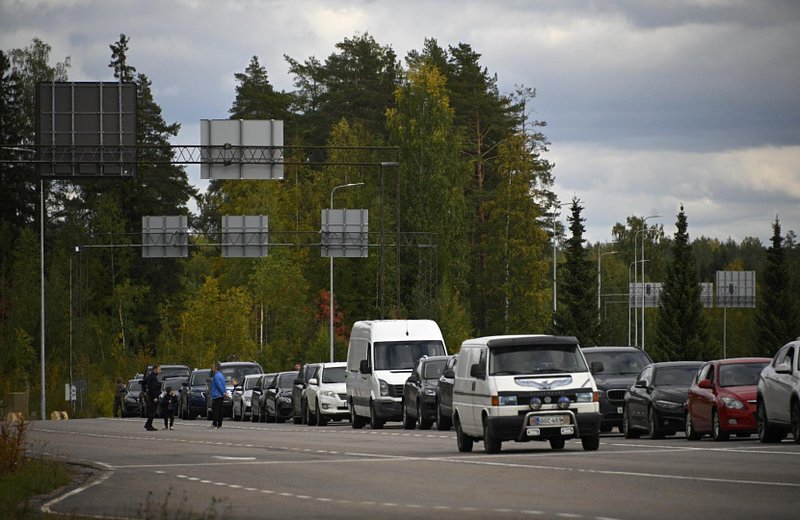 Cars wait at the border checkpoint between Russia and Finland near Vaalimaa, on September 22, 2022 ( AFP / Olivier MORIN) 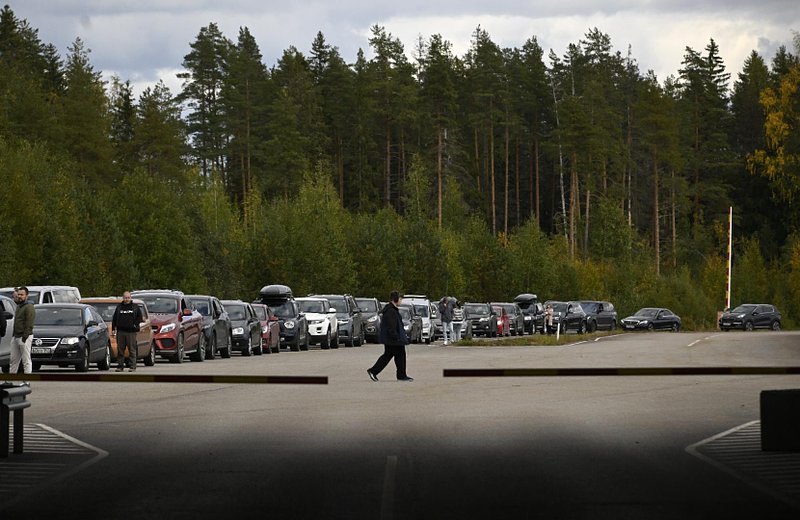 Cars coming from Russia wait in long lines at the border checkpoint between Russia and Finland near Vaalimaa, on September 22, 2022 ( AFP / Olivier MORIN)

Online cameras also captured the scene at the checkpoint September 21 and 22, as did the traffic display on Yandex Maps.

AFP has debunked other misinformation surrounding the war in Ukraine here.

Eva Wackenreuther contributed to the reporting of this fact-check.