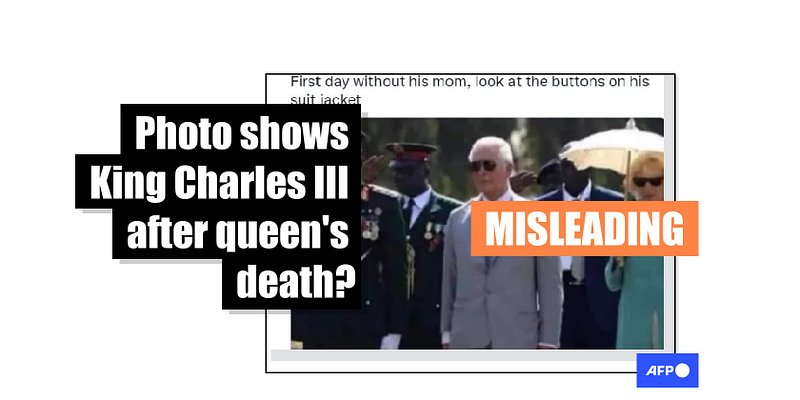 Social media users are claiming a photo shows King Charles III wearing a misbuttoned suit jacket one day after the death of his mother, Queen Elizabeth II. But the posts are miscaptioned; the image was taken in The Gambia in November 2018.

"First day without his mom, look at the buttons on his suit jacket," says a September 17, 2022 tweet, which received tens of thousands of interactions.

Members of the British royal family follow dress codes and are expected to live up to high standards in public appearance.

While the picture of Charles is authentic, it was taken on November 1, 2018 -- almost four years before the queen's death on September 8, 2022.

The photo shows Charles, then the Prince of Wales, alongside his wife Camilla at the Commonwealth War Graves Cemetery in Fajara, The Gambia. The cemetery is for World War II casualties. 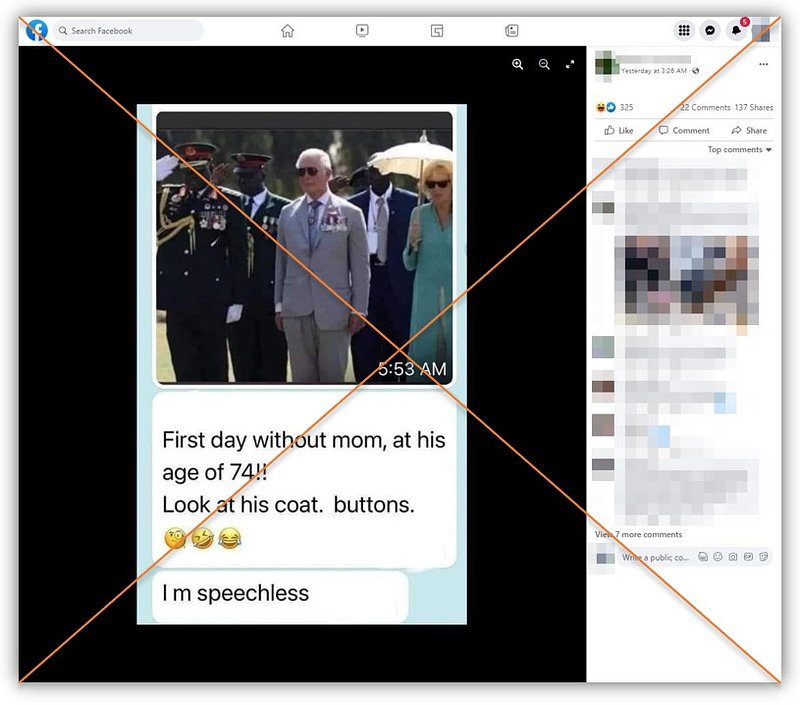 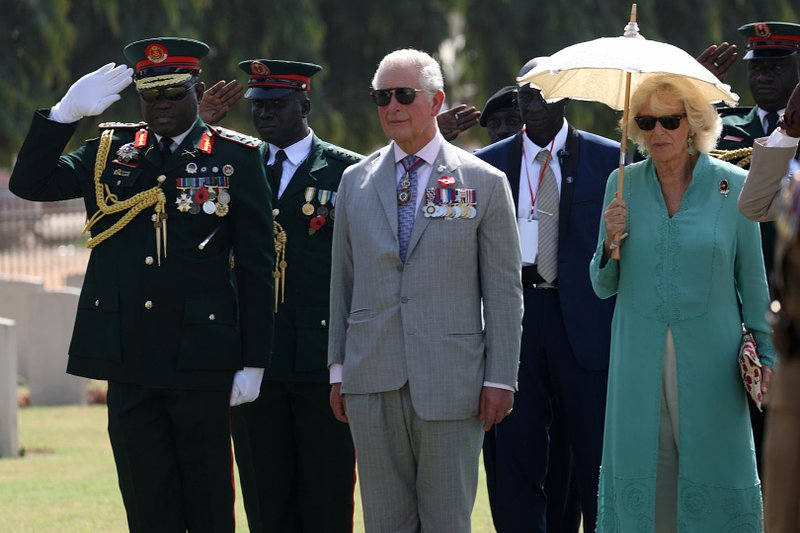 Prince Charles, then the Prince of Wales, and Camilla, then the Duchess of Cornwall, visit the Commonwealth War Graves Cemetery in Fajara on November 1, 2018 ( POOL / File / AFP / LUC GNAGO)

Photos of Charles from September 9, 2022 show him wearing a suit in a different color. 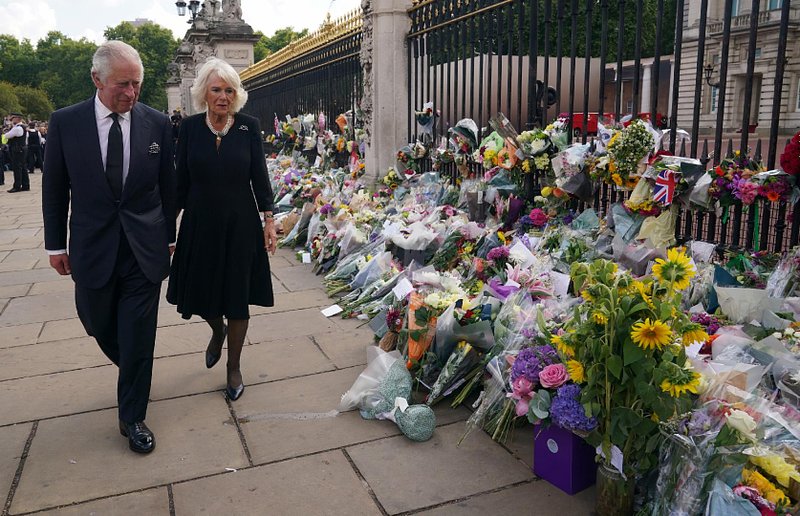 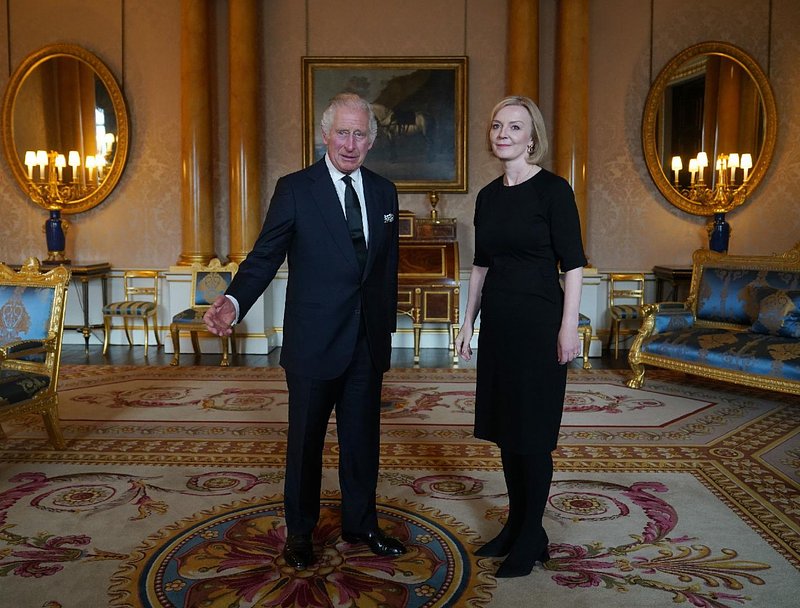 AFP has debunked other misinformation about Charles following the queen's death here.