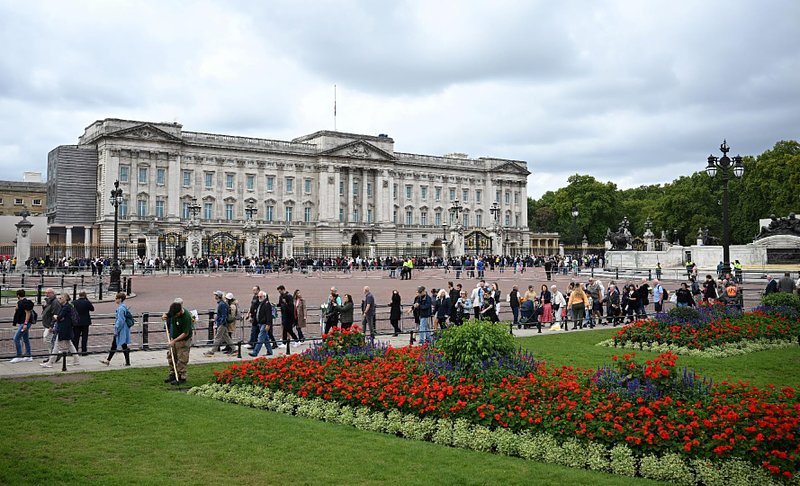 In the wake of Queen Elizabeth II's death, social media users are claiming a video shows a naked boy escaping out of a window at Buckingham Palace. This is false; the clip comes from a 2015 marketing stunt to promote a fictional TV series, and it does not show the royal residence in London.

"Imagine what goes on behind these walls," says a Telegram post shared after the queen died September 8, 2022 at Balmoral, her Scottish Highland retreat.

The post includes a video showing people in red uniforms and metallic helmets riding horses in front of a building. In the background, a naked man -- not a boy -- appears to use a bedsheet to climb down from a window before falling to the ground. 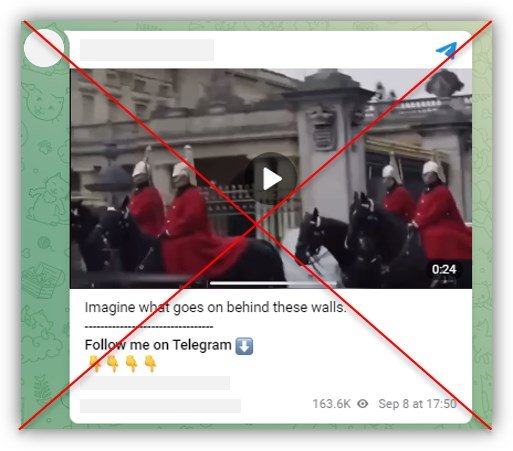 The post, which accumulated more than 163,000 views on the messaging platform, was one of several sharing the clip across Telegram, Truth Social and Twitter. Several of those posts stemmed from accounts promoting QAnon, a conspiracy theory that claims global elites run a cabal of Satan-worshiping pedophiles.

"The naked boy climbing out of Buckingham Palace was *not* a hoax," says the caption of a video tweeted September 12 and viewed more than 286,000 times. "It was filmed by a tourist." 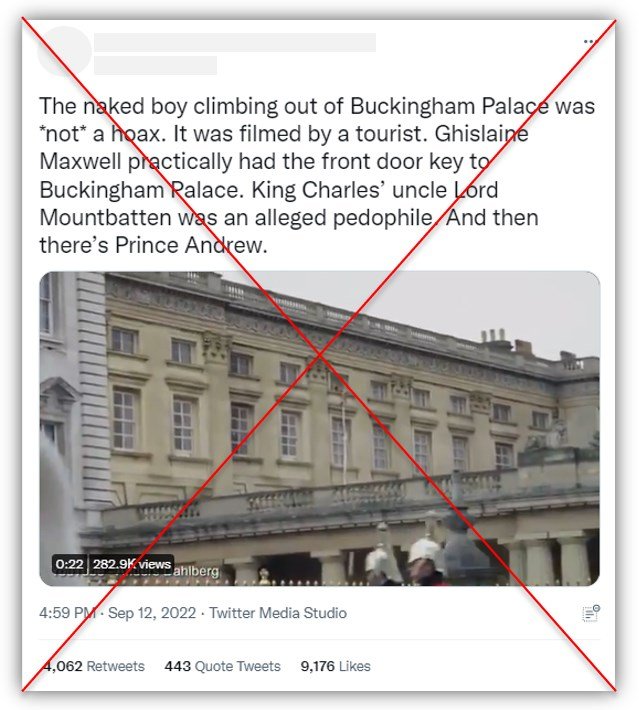 But the video is not current, nor does it depict an actual incident outside Buckingham Palace. The clip, which has been misrepresented online for years, shows an old hoax aimed at promoting a TV show about a fictional British royal family.

After it was published on YouTube in February 2015, the video became the subject of news coverage and speculation.

The Metropolitan Police Service in London told media organizations such as the Daily Mail and ITV at the time that they had not received any reports of such an incident. E!, a US cable channel specializing in entertainment and pop culture, said in a March 2015 article  on its website that the video was a marketing stunt for "The Royals."

"It's clear that this was a clever way for E! to give viewers a glimpse of the drama that will go down on the upcoming premiere season of the new show," the article said.

The character in the scene was leaving the chambers of a fictional princess named Eleanor, according to the E! News article. The clip was designed to look like a tourist filmed it.

An E! spokesperson confirmed to AFP that the video circulating online is from the 2015 promotional effort and that it was not filmed at Buckingham Palace.

Independent filmmaker Jon Rosling analyzed the video and outlined discrepancies between the royal residence and the building shown in the video. He said the promotion appeared to have been filmed at a Moor Park Golf Club in Rickmansworth, about an hour outside London.

AFP reached out to the golf club, which says on its website that it is frequently used for filming, for comment.

AFP has fact-checked other misinformation about the queen's death here, here and here.