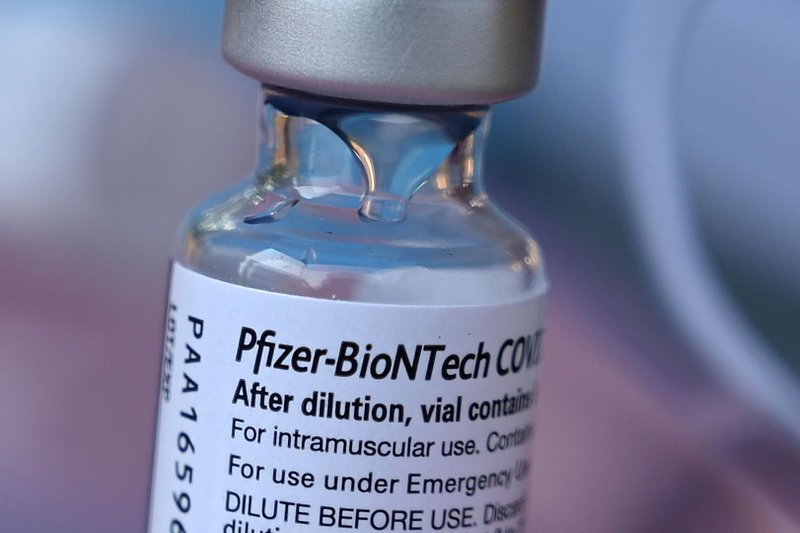 The United Kingdom recommends Covid-19 vaccines for those who are pregnant, but in late August 2022 social media users said the country had abruptly reversed course. This is false; the claims stem from a misreading of guidance published almost two years earlier at the start of the vaccine rollout and do not reflect the UK government's current position.

"BREAKING: The UK is no longer recommending the Pfizer-BioNTech CV19 mRNA vaccine for pregnant women," says an August 29, 2022 tweet with tens of thousands of interactions. "Also, they recommend women of child bearing age must rule out suspected pregnancy prior to vaccination." 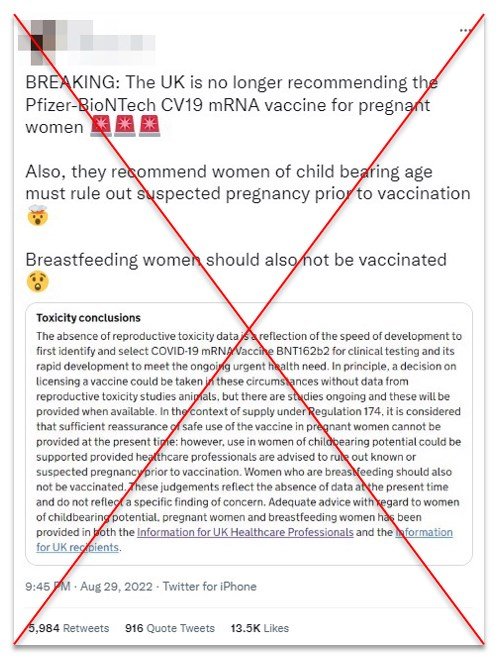 The tweet, a version of which appeared in a popular Instagram post, was one of dozens of posts surfaced to AFP by VineSight, a firm that uses artificial intelligence to detect potential online misinformation. The earliest tweet VineSight identified was published August 29 and received more than 7,000 retweets. 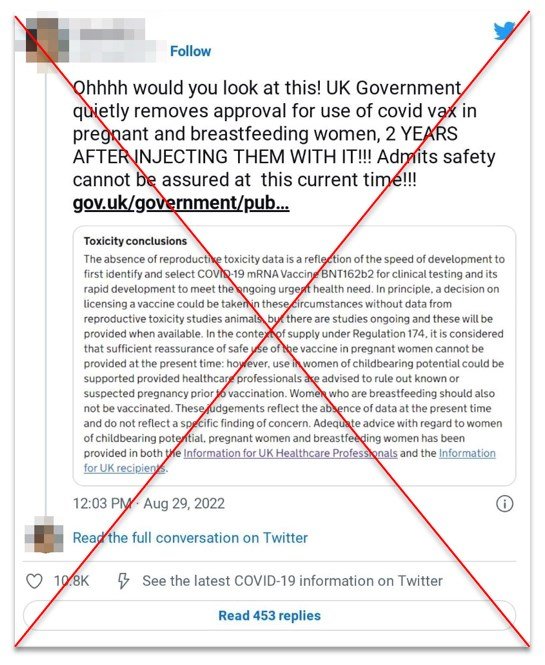 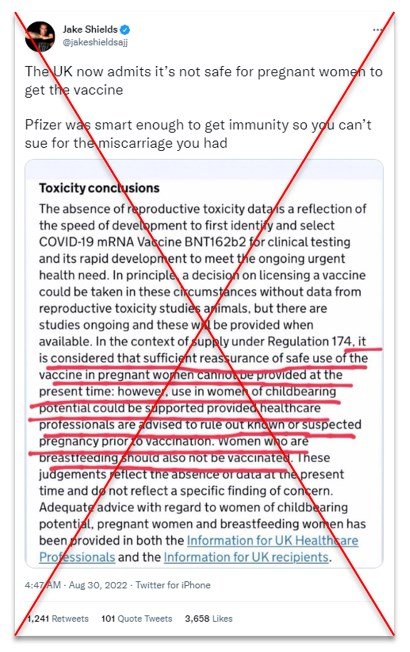 But those claims are incorrect; they are based on a misreading of old guidance on the Pfizer/BioNTech vaccine. Health officials and independent experts told AFP the UK recommends that those who are pregnant get vaccinated against Covid-19.

"The advice has not changed," said Victoria Male, a senior lecturer in reproductive immunology at Imperial College London who published an August 30 Twitter thread refuting the claims.

As evidence, the social media posts point to a section in a report from the UK's Medicines and Healthcare products Regulatory Agency (MHRA) titled, "Summary of the Public Assessment Report for Covid-19 Vaccine Pfizer/BioNTech."

"It is considered that sufficient reassurance of safe use of the vaccine in pregnant women cannot be provided at the present time; however, use in women of childbearing potential could be supported provided healthcare professionals are advised to rule out known or suspected pregnancy prior to vaccination," says the section labeled "toxicity conclusions."

It continues: "Women who are breastfeeding should also not be vaccinated. These judgements reflect the absence of data at the present time and do not reflect a specific finding of concern."

But that part of the document dates back to December 2020, an archived version of the webpage shows.

"The text referred to in social media posts comes from the Public Assessment Report (PAR) which reflects our assessment at the time of approval for the vaccine (2 December 2020)," an MHRA spokesperson said in a statement emailed to AFP. "Since then new data has come to light (both non-clinical and post-authorization 'real world' data) which supports the updated advice on vaccinating those who are pregnant and breastfeeding." 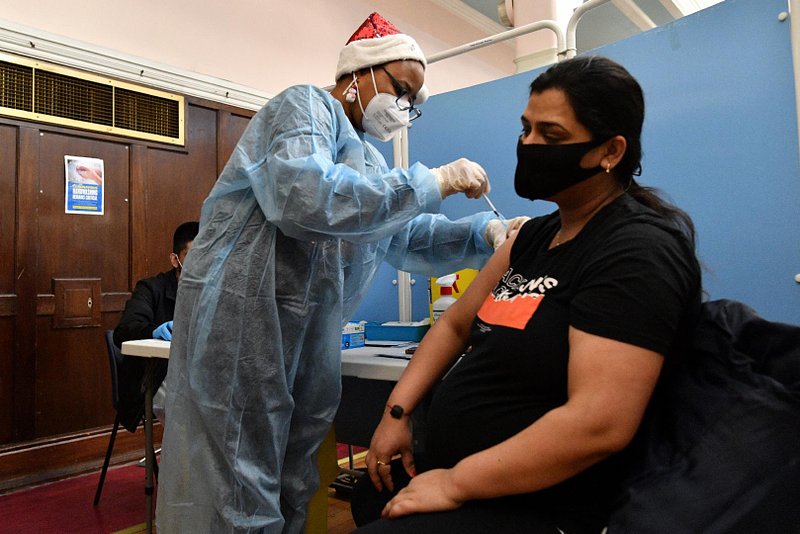 A health worker administers a dose of the Covid-19 vaccine to a pregnant woman at a pop-up coronavirus vaccination centre at the Redbridge Town Hall, east London on December 25, 2021 ( AFP / JUSTIN TALLIS)

The best available evidence and research indicate the Covid-19 vaccines are safe for pregnant and breastfeeding people, as well as those planning a pregnancy. The UK has offered the shots to pregnant people since April 2021.

The MHRA told AFP its latest guidance indicates the vaccines "are safe to use during pregnancy and breastfeeding."

Male said the confusion on social media may stem from an update affixed to the top of the UK's public assessment report, which indicates the page was updated August 16.

But that update was related to booster shots and their storage -- not vaccine safety and pregnancy, Male said.

The MHRA confirmed to AFP that the August 16 update was unrelated to vaccination guidance during pregnancy. Instead, the agency said the note "refers to changes made to different documents" listed on its webpage for the Pfizer/BioNTech vaccine.

The misinterpretation is the latest example of how government communications can be distorted on social media to promote misinformation.

John Edmunds, a professor in the Department of Infectious Disease Epidemiology at the London School of Hygiene and Tropical Medicine, said the public should not rely on social media for public health information, noting that if the UK had changed its Covid-19 vaccination guidance it would likely be announced in the press.