A video with millions of views on TikTok claims titanium dioxide, an ingredient in many tampons, causes cancer and other gynecological and reproductive issues. This is misleading; the US Food and Drug Administration (FDA) has approved the compound's use in food and cosmetics, and experts say no studies have proven a link between tampon strings and cancer in humans.

"One of the ingredients on the back of her container is titanium dioxide, which if you don't know, causes cancer," says a woman in a TikTok video published July 30, 2022.

In the clip, the woman holds a box of L. brand organic tampons and claims they caused someone to suffer "excessive bleeding with extreme pain, ovarian cysts and irreversible uterine damage." 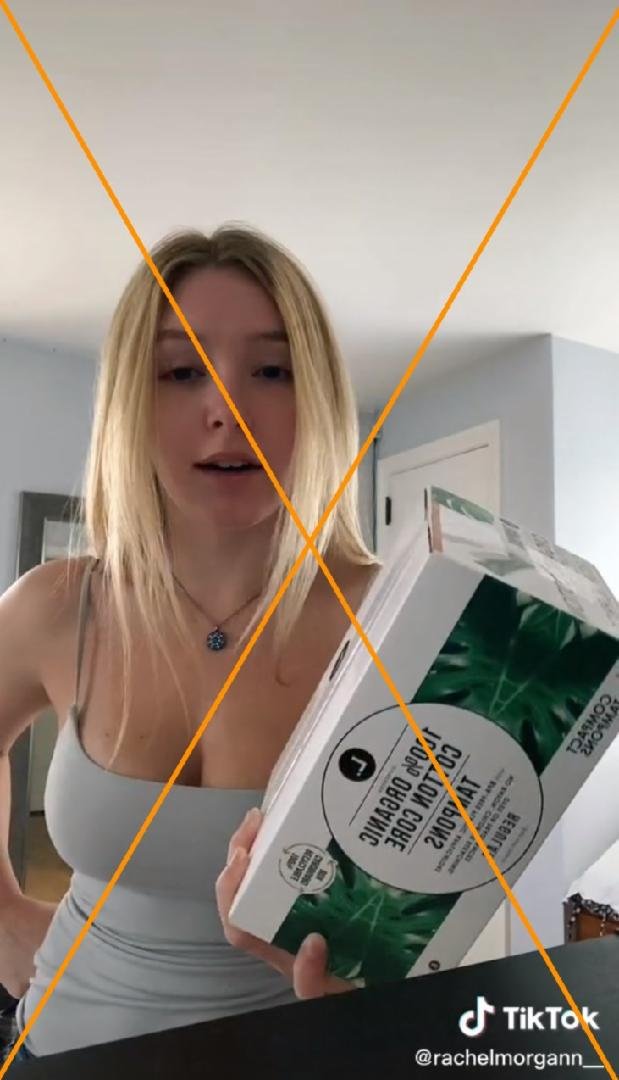 Titanium dioxide is a naturally occurring mineral that is frequently used as a whitening agent in products such as paint and toothpaste. The posts come after a July 2022 class-action lawsuit against Mars Inc claimed the manufacturer's Skittles candy is "unfit for human consumption" because it contains the compound.

The International Agency for Research on Cancer (IARC) has classified titanium dioxide as "possibly carcinogenic to humans" based on research that showed rats developed lung cancer after inhaling high concentrations. The European Food Safety Authority banned the mineral in March 2022.

But the FDA has approved its use in both food and cosmetics -- including tampon strings. And the World Health Organization (WHO) says there is no conclusive data linking titanium dioxide and cancer in humans.

"We use titanium dioxide in our hygiene-grade thread that securely attaches the cord to the absorbent part of the tampon," the company says. "It represents much less than 0.1% of all ingredients used in tampons."

The company says its tampons "are safe when used as directed" and that the ingredients "meet strict safety and government regulations around the world."

Timothy Rebbeck, professor of cancer prevention at the Harvard TH Chan School of Public Health and professor of medical oncology at the Dana-Farber Cancer Institute, said the post is "an overblown claim at minimum."

"There is titanium dioxide in these products, but I think the concern that it causes cancers and other reproductive system problems is not backed up by science," he said.

Jen Gunter, an obstetrician and gynecologist based in Canada, also said in a blog post that the claims are exaggerated.

"There is no data showing titanium dioxide in food or in other products is unsafe, but some recent rat studies showed ingesting massive amounts (more than we could ever get from food or tampons) every day for 90 days might theoretically cause some bowel concerns," she said.

While tampon use is not linked to cancer or reproductive harm, this does not mean it is completely without risk. Although rare, bacterial infections such as toxic shock syndrome can be life-threatening.

Rebbeck encouraged those who see cancer-related claims on social media to consult sources like the American Cancer Society or National Cancer Institute.

"Don't panic until you've really figured out if it's true or not," he said.

AFP has fact-checked other misleading and unproven cancer causes here, here and here.