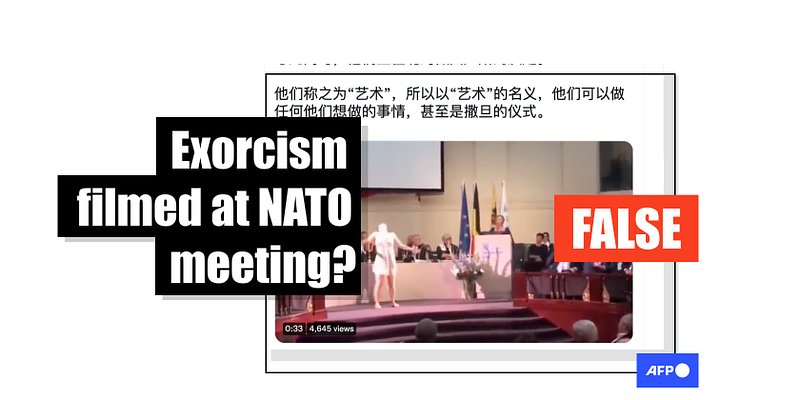 A video has been viewed more than one million times on social media alongside a claim it shows an exorcism at a NATO meeting. This is false. The footage shows a dance performance at a Belgium university in 2017. Both the university and the theatre group told AFP that the performance had nothing to do with NATO.

It shows a woman dancing on a stage in front of an audience.

Several men dressed in suits can be seen sitting at a long table behind her, while a second woman speaks into a microphone at a lectern.

"At the same time, NATO is making important decisions. Since they refer to it as 'art', they are free to engage in any rituals they see fit, including satanic ones," reads the caption in simplified Chinese. 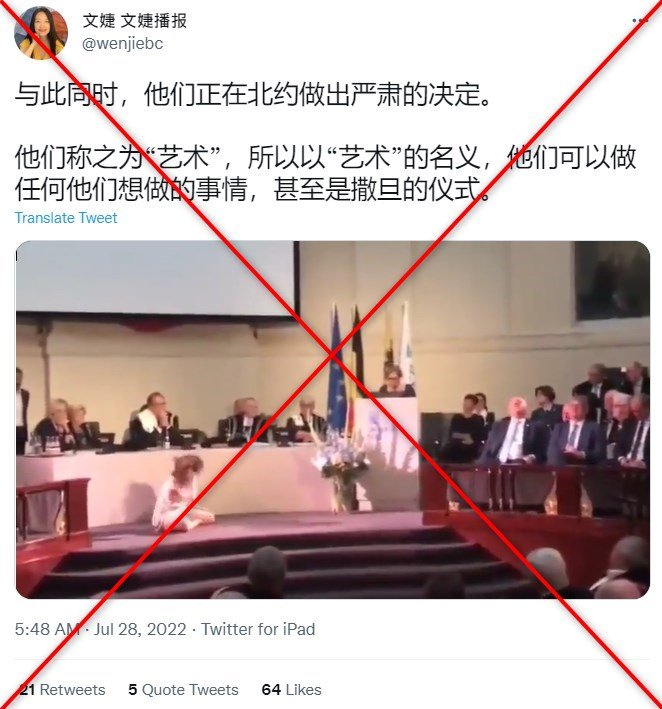 The video has been viewed more than 1.1 million times after it circulated on Twitter and Weibo in simplified Chinese posts.

The video was also shared in posts in English, Korean, German, and Polish alongside a similar claim.

Comments on the posts indicated some social media users believed the clip genuinely shows an exorcism at a NATO meeting.

One commented: "My god, the NATO meeting actually has these, stunned by their values".

Another wrote: "A swarm of demons watching the art of exorcism".

But the claim is false.

A reverse image search on Google found the same video was published here on YouTube on November 25, 2017.

Below is a screenshot comparison of the video in the misleading post (left) and the YouTube video (right): 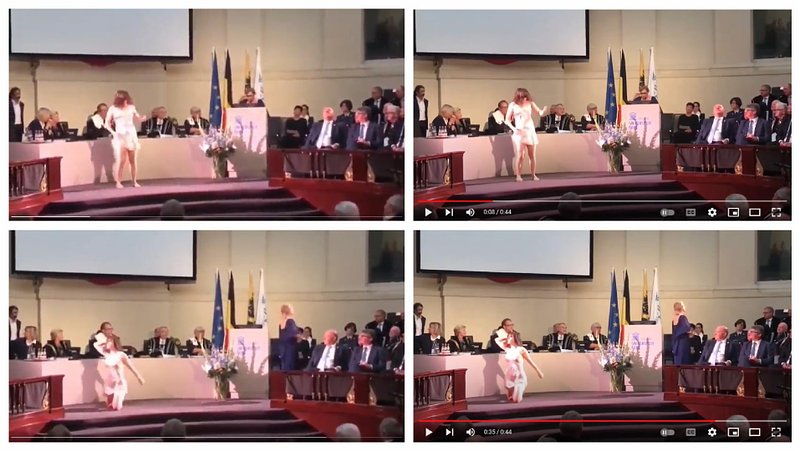 A keyword search on Google found photos that feature the performance published on the university's website on October 9, 2017.

Below is a screenshot comparison of the video in the misleading post (left) and Ghent University's photo (right) with similarities circled in red by AFP:

A spokesperson for the University of Ghent told AFP that the performance was part of a ceremony to mark the new academic year in 2017 at its auditorium, Aula Academica.

"It had nothing to do with NATO," the spokesperson said. "It was an artistic intermezzo by the theatre company and performance group Action Zoo Humain.

"The opening of the academic year -- which we organise every year -- had several special elements because of our 200th anniversary, such as the artistic intermezzo."

The group's founder and director Chokri Ben Chikha also told AFP the performance "was held in memory of the 200 years of the University of Ghent" and that "it had nothing to do with NATO".

He explained the stunt was about the position of women at the university, saying; "In this video clip, the actress proclaims the names of the different rectors, who were all men."