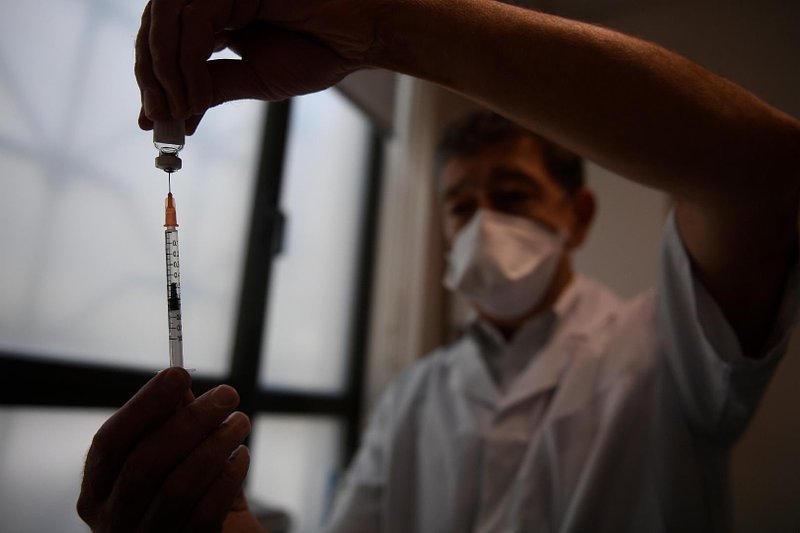 Social media posts share what appears to be a fact box from the BBC saying monkeypox is airborne and has been "classified as a form of herpes." This is false; the British broadcaster told AFP the graphic is fake, and US health authorities say the information in the image is incorrect.

"My God Be With Us Please," says the caption of an August 3, 2022 Facebook post, which includes an image titled: "What you need to know about monkeypox."

Text in the graphic, which bears the BBC's logo, says monkeypox is a "form of herpes" whose symptoms -- among which is paralysis -- last up to four months. The supposed fact box also says the disease is "airborne and anybody within 15 ft can catch it."

As evidence, the post cites two sources: the US Centers for Disease Control and Prevention (CDC) and the World Health Organization (WHO). 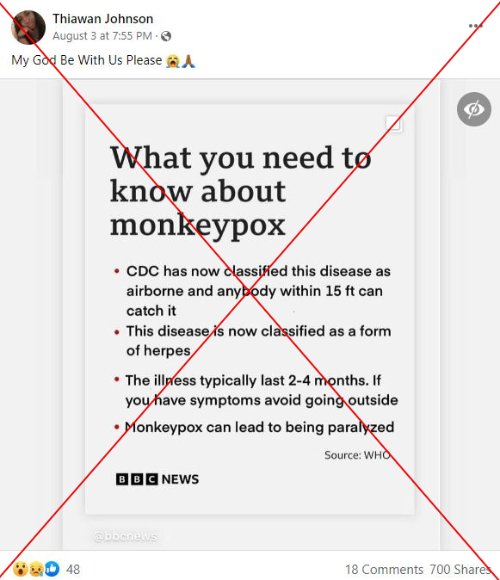 On August 4, 2022, the US declared monkeypox a public health emergency, a move that frees up funds, assists in data gathering and allows the deployment of additional personnel to fight the disease. By early August, nationwide cases of monkeypox had topped 7,000, with more than 1,700 in New York state alone.

But the graphic shown in the social media posts is fake.

The BBC told AFP it did not publish the graphic and "urged people to check the veracity of stories on the BBC News website."

The information shown in the image shared online does not line up with what the CDC and WHO have said about monkeypox. Both agencies confirmed to AFP they had not made these claims.

According to the WHO, monkeypox "is transmitted from one person to another by close contact with lesions, body fluids, respiratory droplets and contaminated materials such as bedding." Symptoms last up to four weeks, according to the public health agency -- not four months, as the post claims.

The spread of monkeypox via respiratory droplets is different from airborne transmission, which refers to when a pathogen lingers in the air, sometimes for hours. That is one way the coronavirus spreads, for example.

As of August 8, health authorities had not reported airborne transmission of monkeypox.

"Monkeypox virus is a completely different virus than those that cause Covid-19 or measles," Kate Fowlie, a spokeswoman at the National Center for Emerging and Zoonotic Infectious Diseases (NCEZID), told AFP on August 4. "It is not known to linger in the air and is not transmitted during short periods of shared airspace." 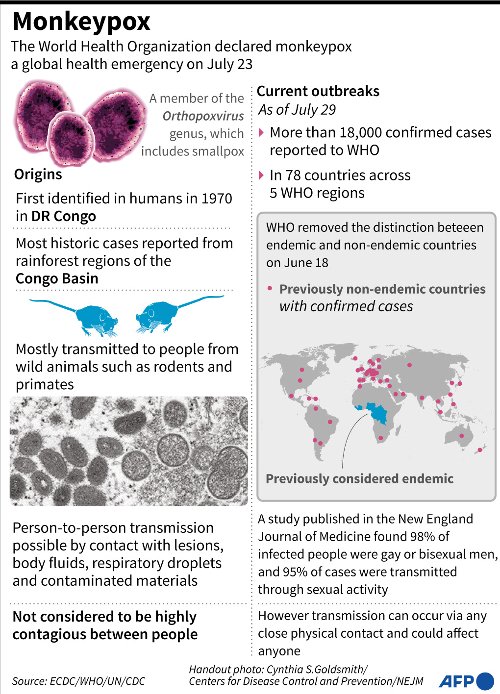 Factfile on monkeypox and its current outbreak, as of July 29 ( AFP Graphics / John Saeki, Nick Shearman)

Fowlie said that, based on what scientists know so far, the disease is generally contracted "by close, sustained physical contact with other people who are infected with the virus."

Monkeypox lesions can appear on the genitals -- but the disease is not a "form of herpes," as the post claims.

There are two types of herpes simplex virus (HSV), according to the WHO. HSV-1 is transmitted orally, while HSV-2 is a sexually transmitted infection (STI) that causes genital herpes.

Monkeypox, on the other hand, is a type of orthopoxvirus, a genus that also includes smallpox. The WHO and the CDC have not listed paralysis as a symptom of monkeypox.

AFP has fact-checked other claims about monkeypox here.