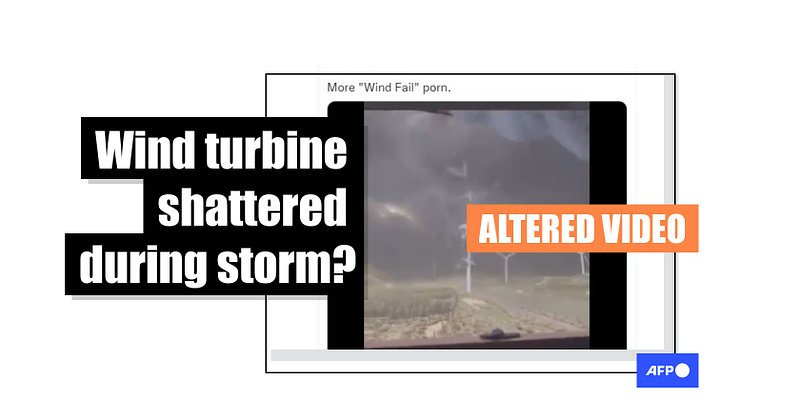 Social media posts share a video that purportedly shows a wind turbine shattering in heavy winds during a storm. This is false; the clip is a years-old digital creation from a US-based artist.

The 18-second clip shows a stormy landscape and what appears to be a wind turbine exploding. 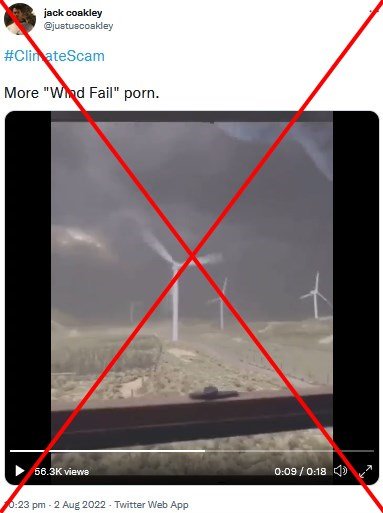 A Canadian page also shared the video on Facebook, garnering tens of thousands of views. The clip circulated weeks after footage of a wind turbine on fire in Texas went viral on social media.

In 2021, Canada pledged to reach net-zero greenhouse gas emissions by 2050 in accordance with the Paris Agreement. Since then, investments in renewable energy have flowed across the country -- including in historically oil-producing provinces, although oil companies remain divided on the issue.

However, the video circulating on social media is not real. An artist digitally created it years ago.

The clip was widely shared online after LADbible, an entertainment website, published it February 24, 2019 on its Facebook page, where it garnered more than 2.3 million views.

Though the account does not make clear in its caption that the video is a digital creation, it does give credit to a February 20, 2019 Instagram post from @yo_dojo.

That account -- which belongs to Travis Sattler, a US-based, self-described "digital creator" -- included several hashtags relating to computer-generated imagery (CGI). In March 2020, Sattler posted another video with the caption: "Did you think it was real?" 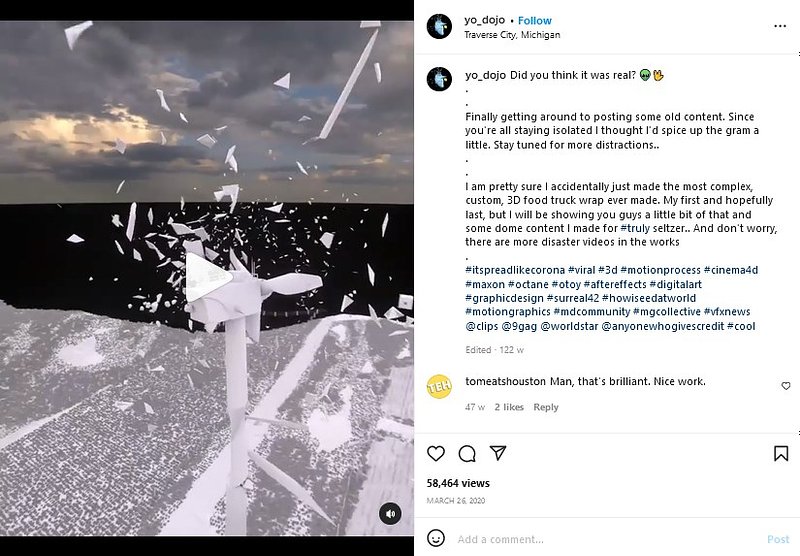 The clip breaks down the different steps that went into creating the CGI scene and explores it from various angles -- confirming the video shared on social media does not depict a real event.