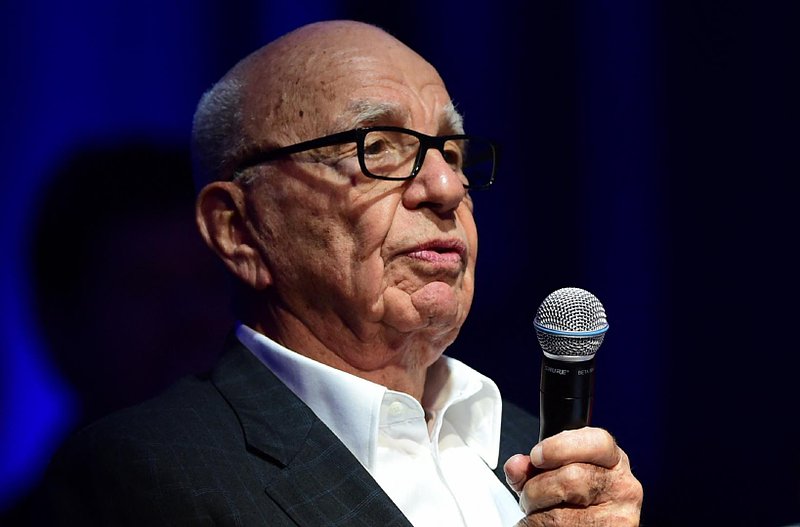 Social media posts shared hundreds of times claim News Corp founder Rupert Murdoch was banned from owning media platforms in New Zealand. However, representatives from New Zealand's business and culture ministries separately said the claim was false, and that the country did not ban individuals from operating a media business there.

"You do realise that Murdoch has been banned from having a media platform in New Zealand," reads a Facebook post shared on June 7. 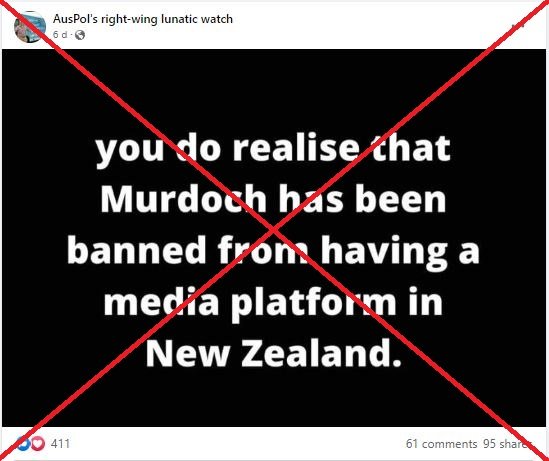 Australian media mogul Rupert Murdoch is chairman and founder of News Corp, which owns titles such as the Wall Street Journal and New York Post.

In New Zealand, the office of the New Zealand Companies Register under the Ministry of Business, Innovation and Employment (MBIE) has the authority to bar directors from running a company, usually for mismanagement or criminal convictions.

Vanessa Cook, the MBIE's manager of integrity and enforcement, said Murdoch had not been banned from serving as a director in the country.

"Mr Murdoch is not the director of any company currently registered in New Zealand. He is not recorded as a disqualified director under the Companies Act 1993," she told AFP.

The Companies Act 1993 forms the core of the corporate regulatory system, including the rules for setting up, managing and closing a business in New Zealand.

Separately, a spokesperson for New Zealand's Ministry for Culture and Heritage said the country had "not banned any media entities owned by Rupert Murdoch from operating in the country".

"New Zealand does not regulate ownership of media organisations or ban individuals from operating a media business in the country," the spokesperson told AFP.

News Corp previously owned stakes in New Zealand broadcasting company Sky Network Television Limited, as well as New Zealand Media and Entertainment (NZME), but it sold all its shares in both firms, in 2013 and 2016 respectively.

As of 2021, both NZME and Sky did not list News Corp as a major shareholder.

Wayne Hope, a professor at Auckland University of Technology (AUT) who is also a co-director of the Journalism, Media and Democracy research centre (JMAD) said the claim Murdoch was banned from owning media platforms in New Zealand was "without foundation".

"The last decade of annual JMAD media ownership reports starting from 2011 finds no evidence of such a claim. Our reports show that News Corp left the New Zealand media scene a decade or so ago," he told AFP.

A spokesperson for News Corp Australia told AFP that the company "owns no news media in New Zealand but historically has done so".