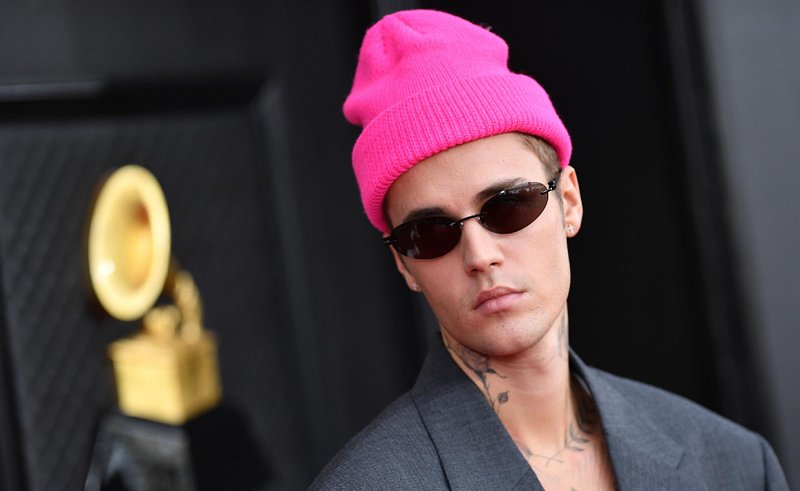 Social media users shared an article that claims Justin Bieber said his facial paralysis was due to the Covid-19 vaccine. This is false; there is no evidence that Bieber made such a public comment, and the article comes from a website that has previously published false claims under the guise of "satire."

"Justin Bieber: 'The vaccine ruined my life,'" says the headline of a June 11, 2022 article from a website called the Vancouver Times.

The article was shared hundreds of times on Facebook, according to the social media monitoring tool CrowdTangle. It has also been widely shared on Twitter. 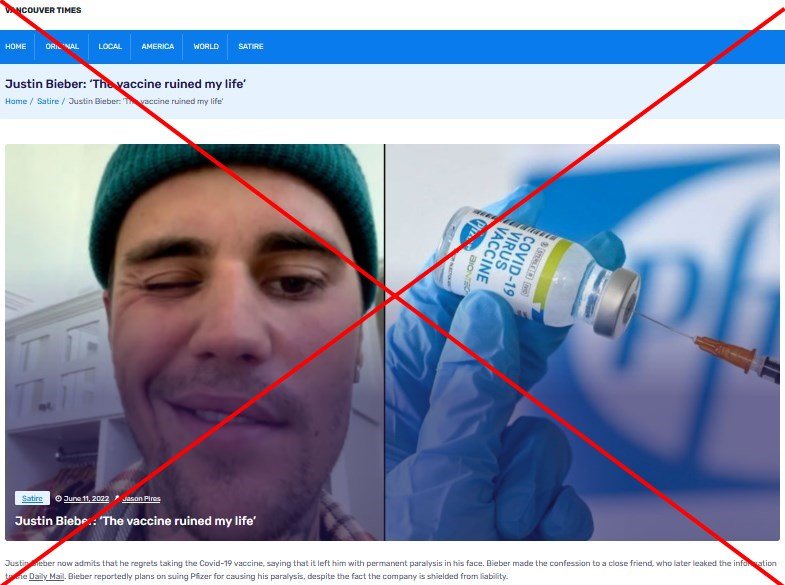 The article was shared days after the 28-year-old Canadian pop singer-songwriter announced he was pausing his Justice World Tour because of a partial facial paralysis due to Ramsay Hunt syndrome, a condition that occurs when a shingles infection affects the facial nerve near one ear. In addition to facial paralysis, it can cause hearing loss.

The first paragraph of the Vancouver Times article reads: "Justin Bieber now admits that he regrets taking the Covid-19 vaccine, saying that it left him with permanent paralysis in his face. Bieber made the confession to a close friend, who later leaked the information to the Daily Mail. Bieber reportedly plans on suing Pfizer for causing his paralysis, despite the fact the company is shielded from liability."

As evidence, the article links to a Daily Mail story reporting on Bieber's announcement via Instagram. But neither the article nor archived versions of it mention any statement in which Bieber linked his illness to the Covid-19 vaccine. 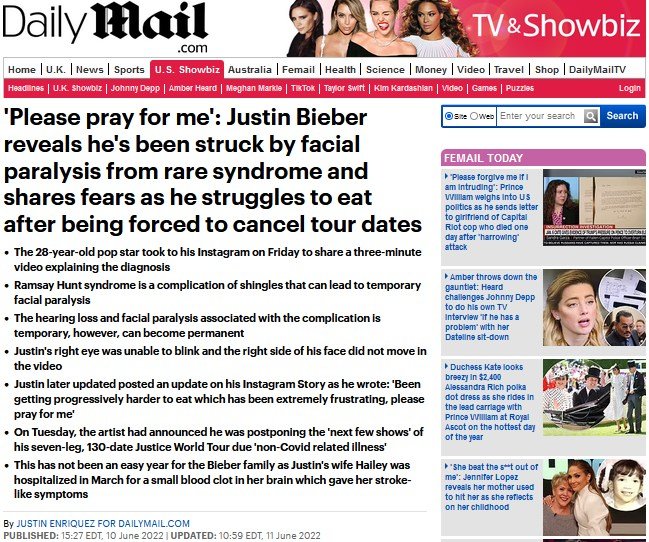 Bieber's management team did not immediately reply to AFP's request for comment.

Health Canada's Covid-19 vaccine safety webpage says "evidence indicates that vaccines and boosters are effective at helping to prevent serious illness, hospitalization and death due to COVID-19" and that "the benefits of COVID-19 vaccines continue to outweigh the risks of the disease." Common side effects include pain at the site of injection and mild fever.

Cases of Bell's palsy, another type of facial paralysis, have been reported following the administration of messenger RNA vaccines -- but these cases are rare, according to Health Canada. In August 2021, the federal government updated the product information for the Pfizer-BioNTech Covid-19 vaccine to describe the reports.

On its "About Us" page, the Vancouver Times describes itself as "the most trusted source for satire on the West Coast."

"We write satirical stories about issues that affect conservatives," the page says. "We are not affiliated with the mainstream media (CBC, CTV etc.) in any way, and any similarities between our content and the work of the MSM is purely coincidental."

While the story about Bieber is classified as "satire," that warning is not visible when the article is shared on social media, possibly misleading some users into thinking it's a news story. 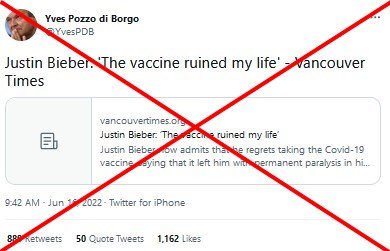 This is not the first time the Vancouver Times has published an article with made-up claims about a public figure.