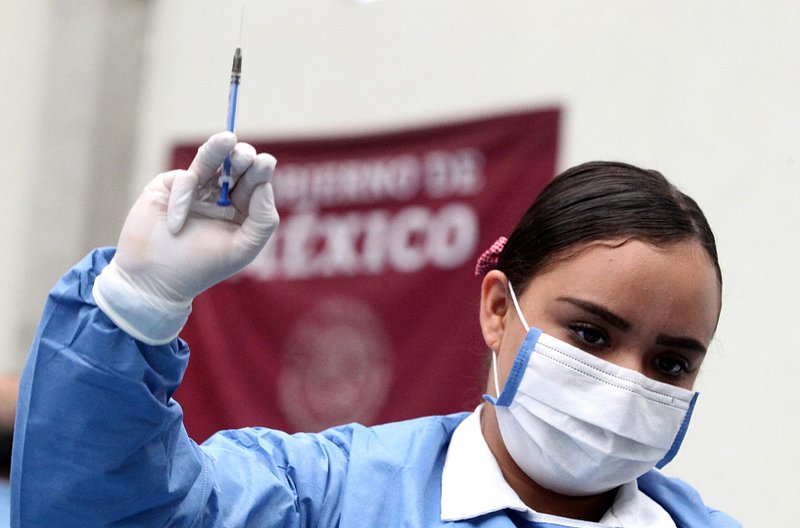 Social media posts shared worldwide claim that recent cases of monkeypox outside of countries where it is endemic are a "side effect" of the AstraZeneca Covid-19 vaccine, which uses a weakened and harmless chimpanzee adenovirus vector. This is misleading; health experts told AFP the virus that causes monkeypox is different from AstraZeneca's adenovirus vector, which does not cause disease in humans.

"The claim that monkey smallpox is a respiratory infectious disease is a lie to control [people] and [monkeypox] is highly likely to be a side effect shown in people who were jabbed with the vaccine."

The AstraZeneca Covid-19 vaccine uses a chimpanzee adenovirus vaccine vector as a vehicle to transport genetic instructions to the body to trigger the production of a spike protein similar to that of the SARS-CoV-2 virus.

This triggers an immune response in the body so it is ready to fight the virus in case of a real infection. 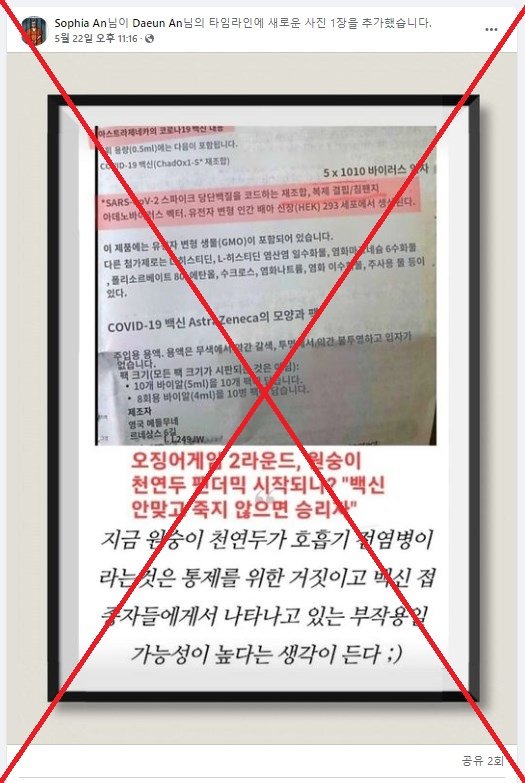 More than 200 cases of monkeypox were confirmed worldwide outside of countries where it is endemic, according to the European Union's disease agency on May 26.

Monkeypox, which is a less severe disease than smallpox, is endemic in 11 countries in West and Central Africa.

It spreads by a bite or direct contact with an infected animal's blood, meat or bodily fluids, and initial symptoms include a high fever before quickly developing into a rash.

Infected people also get a chickenpox-like rash on their hands and face.

While no treatment exists, symptoms usually clear up after two to four weeks, and it is not usually fatal.

However, health experts said the posts are misleading.

"The monkeypox virus and the chimpanzee adenovirus used in AstraZeneca vaccines are completely different viruses, and should not be confused with each other," Professor Yoo Jin-hong, an epidemiologist at the Catholic University of Korea, told AFP on May 26.

He said the misleading claim "appears to stem from the idea that chimpanzees are broadly referred to as monkeys, but this is a very ignorant rumour with no basis in fact".

According to the US Centers for Disease Control and Prevention, the monkeypox virus belongs to a group called "Orthopoxvirus" which also includes viruses that cause smallpox and cowpox.

Meanwhile, adenoviruses cause a wide range of illnesses from common cold or flu-like symptoms to stomach inflammation, the agency said.

But the adenovirus vector in AstraZeneca's Covid-19 vaccine does not cause disease in humans, Yoo explained.

"The chimp adenovirus used in the vaccine has been modified to prevent itself from replicating, and therefore cannot be harmful to humans," he said.

The vaccine "cannot generate new viruses inside humans and cause something like monkeypox," Professor Eom Jung-shik, an infectious disease expert at the Gachon University Gil Medical Center, told AFP on May 25.

Covid-19 vaccines are regularly targeted by misinformation, despite health authorities pointing out that billions of people around the world have been safely vaccinated against the disease.