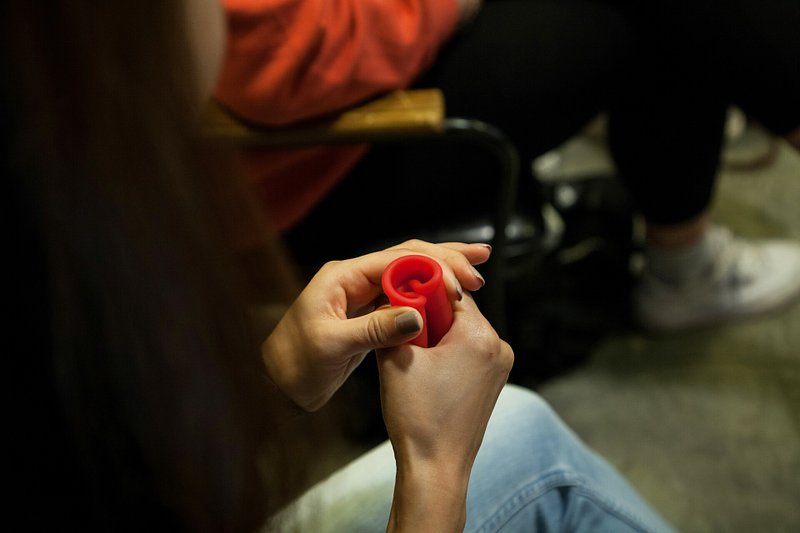 Multiple social media posts have shared a claim that period products in Germany are subject to a tax of 19 percent while books are taxed at seven percent, leading to one company packaging tampons in a book in order to circumvent the higher tax rate. The claim, however, is missing context. "The Tampon Book" was launched in 2019 to protest how period products were taxed in Germany, the company told AFP. The country reduced its tax rate for menstrual products to seven percent on January 1, 2020.

The claim was shared here by an Australia-based Facebook user on March 28, 2022.

The  post shares a screenshot of a tweet that reads: "Today I learned that female hygiene products in Germany have a nominal tax of 19 percent, but books only seven percent 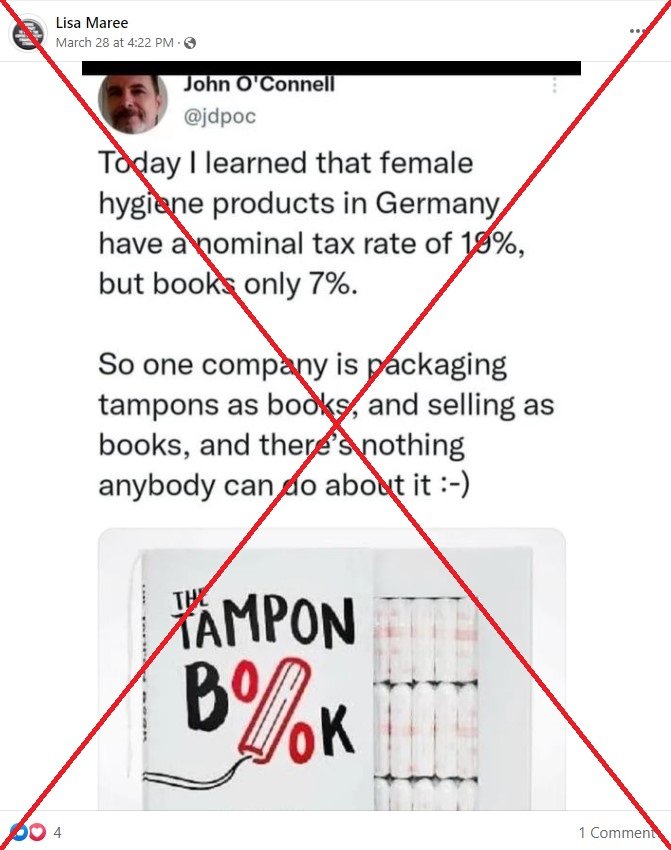 However, the claim is missing context.

A combination of reverse image and keyword searches found that the book pictured in the misleading posts appeared in several posts on the Instagram account of the Female Company, a Berlin-based feminine health platform.

Photos and footage of the book were posted here, here and here, in April 2019, announcing the sale of "The Tampon Book".

According to the Female Company's website, "The Tampon Book" contained stories about menstruation, as well as 15 tampons.

A spokeswoman for the Female Company told AFP on April 20, 2022, that the book "was published in April 2019 as a protest action against the unfair taxation of tampons and feminine hygiene products.

"At the time, these had the VAT rate of 19 percent in Germany, unlike truffles, cut flowers or even oil paintings, which are supposedly objects of daily use and are taxed at only percent -- just like books."

Now that Germany has changed the tax has been reduced on menstrual products and "The Tampon Book" is sold out and "currently no new edition is planned", the spokeswoman added.

Activists Nanna-Josephine Roloff and Yasemin Kotra launched a petition to reduce tax on menstrual products in 2018, and began lobbying politicians on the issue.

Another petition was submitted to  the Bundestag, the German parliament, in February 2019.

In October 2019, the then finance minister Olaf Scholz tweeted in support of the tax adjustment, and the Bundestag also issued a press release saying the government was open to the change.

The proposal was passed in November 2019 and took effect on January 1, 2020, as German broadcaster Deutsche Welle reported here.