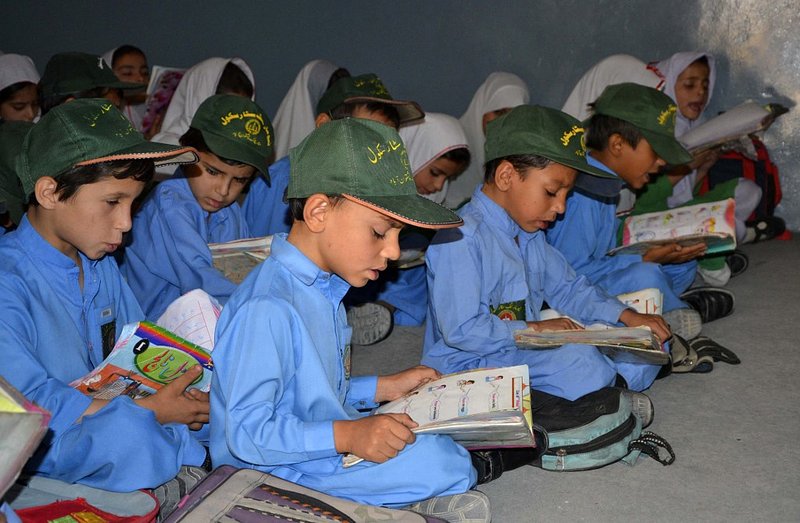 Facebook posts circulating in Pakistan claim the country's top body overseeing its pandemic response tweeted that "all primary schools" would be closed in January 2022 to curb the spread of coronavirus. This is misleading. Pakistan's National Command and Control Center (NCOC) said the posts shared a screenshot of a tweet from an imposter account. Although Pakistani authorities ordered some schools to close temporarily in January after Covid-19 outbreaks were detected, there has been no national closure of primary schools as of January 28, 2022.

The post's caption claims the NCOC decided to close "all primary schools in Pakistan".

It reads: "ANNOUNCEMENT: All Primary schools in Pakistan will remain closed [until they are ordered to reopen]. Decided in #NCOC meeting today. More decisions will be announced very soon. #Shafqatmehmood #schools #NCOC." 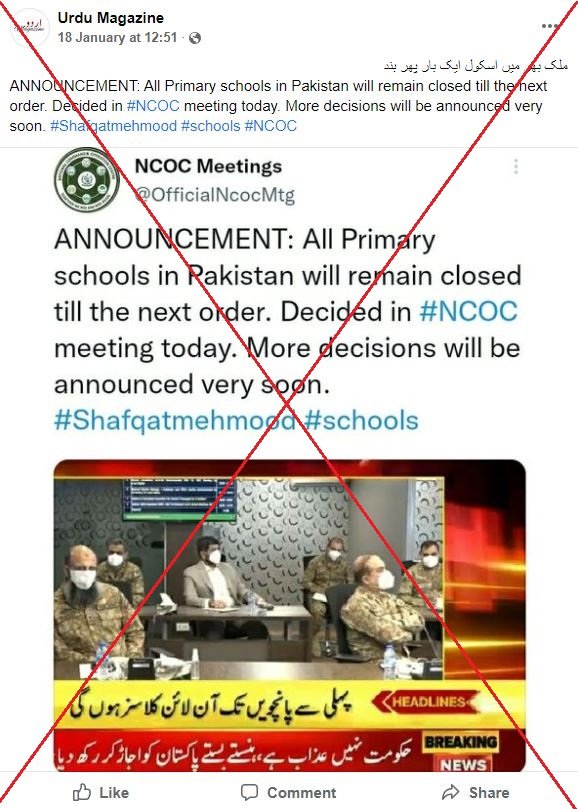 Screenshot of the false claim shared on Facebook, taken on January 26, 2022

It also features an image of some masked men in a meeting.

On January 21, the NCOC said it had ordered the closure of educational institutions where Covid-19 outbreaks had been recorded, as the country faced a rising number of Omicron infections.

The deputy commissioner of Islamabad's office posted photos on January 24 that show officials sealing schools in the capital.

Dr Faisal Sultan, the prime minister's special assistant on health, told AFP on January 27 there had been "no blanket closure" of primary schools but individual schools could be shut down on a "case-to-case" basis.

The NCOC said in a tweet from its official Twitter handle @OfficialNcoc on January 18 that the message shared in the misleading posts was from a "fake account".

A fake news regarding closure of primary schools is circulating via fake twitter account. Action against this account has been initiated through FIA cyber crime wing. pic.twitter.com/qp7tL2PZe8

Local media reported that the tweet was fake here and here. 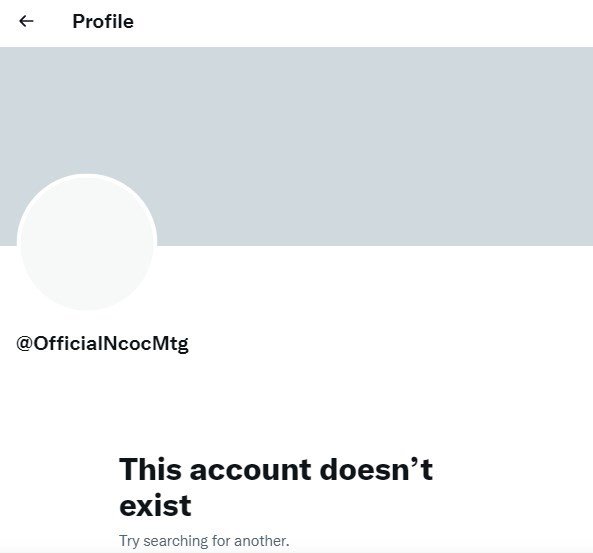 The NCOC has previously debunked various messages from imposter accounts -- including here and here.