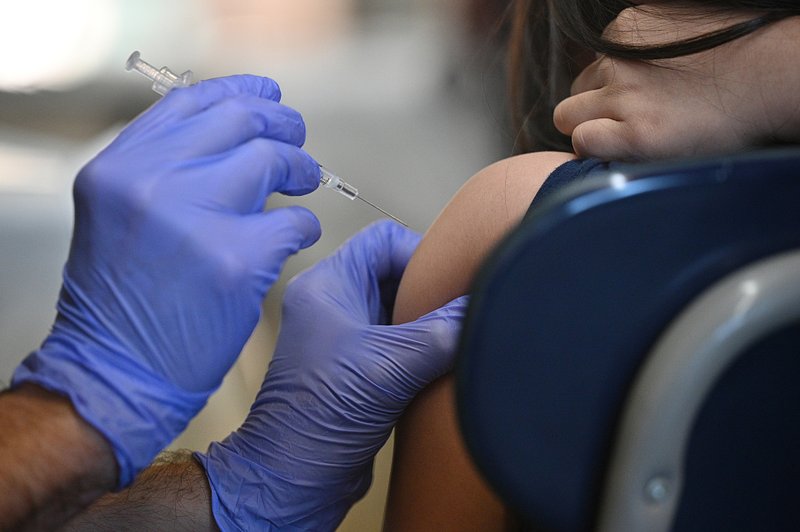 Online articles and social media posts claim US government data reveals there are problematic batches of Covid-19 shots that are responsible for all deaths caused by the vaccines. But American health authorities have not identified issues with specific vaccine lots, independent health experts say the claim is meritless, and the data cited is not proof that a shot was responsible for a fatality.

"100% of Covid-19 Vaccine Deaths were caused by just 5% of the batches produced according to official Government data," says the headline of an October 31, 2021 article on The Expose website.

"An investigation of data found in the USA's Vaccine Adverse Event Reporting System (VAERS) has revealed that extremely high numbers of adverse reactions and deaths have been reported against specific lot numbers of the Covid-19 vaccines several times, meaning deadly batches of the experimental injections have now been identified," the article says. 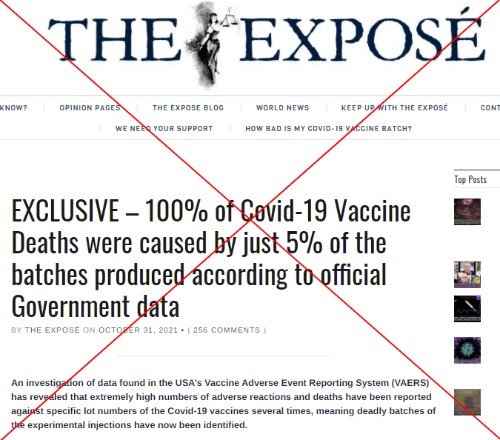 Screenshot of an online article taken on January 26, 2022

Similar claims -- part of a flood of inaccurate information about Covid-19 circulating online -- appeared in articles citing The Expose here and here, and in January 2022 Facebook posts here and here.

VAERS is a database run by the US Centers for Disease Control and Prevention (CDC) and the US Food and Drug Administration (FDA) to detect vaccine safety issues.

CDC spokeswoman Martha Sharan told AFP that the two agencies "have not identified a safety signal associated with a particular Covid-19 vaccine lot or group of lots."

Sharan explained that if a worrisome pattern was discovered through VAERS, "more detailed, quantitative analyses are conducted using more robust analytic systems, such as the Vaccine Safety Datalink."

In turn, these analyses "can determine if a statistically meaningful association exists between the vaccine and the adverse event in question."

Before accessing VAERS data, users must acknowledge they have read and understood a disclaimer about the database that says: "The reports may contain information that is incomplete, inaccurate, coincidental, or unverifiable. Most reports to VAERS are voluntary, which means they are subject to biases."

"When a lie is as easy to check as this, it is amazing that it can spread at all. It's like pointing to the moon and telling someone it doesn't exist -- a quick look up, and the claim evaporates," he said.

This can be accomplished by using the VAERS data search page, sorting by "vaccine lot" in section one, "COVID19" in section three, and "death" as the outcome in section five.

"In time, it is likely that nearly all of those deaths will eventually be linked to other causes, but investigations take time. The only lot numbers associated with more than two percent of deaths under investigation are versions of 'lot unknown' and 'not available,' which make up over a third of all cases," Neuman said.

"Those are not lots; they are gaps in information, where the reporting person did not enter the vaccine lot."

Matthew Laurens of the University of Maryland School of Medicine's Center for Vaccine Development and Global Health also rejected the claim.

"The message it is attempting to deliver is both completely incorrect and inverted. Covid-19 vaccines are saving lives every day, and the suggestion that deadly batches of Covid-19 vaccines have been released is simply unfounded," he said.

Laurens pointed out that nine deaths have been confirmed from Covid-19 shots "during a period when over 500 million doses of Covid-19 vaccines were given in the United States."

The figure of nine deaths also appears on the CDC's website, which says they were all from a "rare but serious adverse effect" that causes blood clots and low platelets following a Johnson & Johnson shot. In contrast, more than 870,000 Americans have died as a result of the disease.