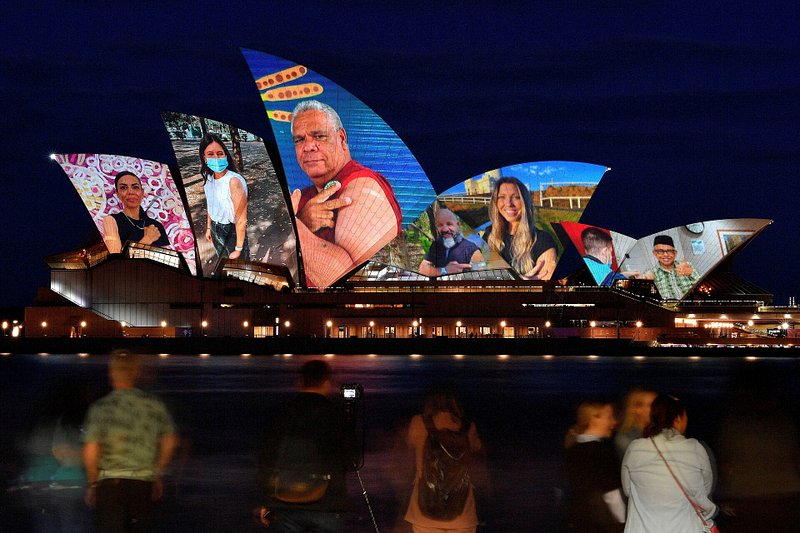 As Australia started administering Covid-19 vaccines for children, multiple social media posts circulating in January claimed that "three [child] deaths" were recorded following vaccinations. The posts included a purported tweet from the chief health officer for the state of New South Wales. The claim is false. As of January 25, 2022, Australia's vaccine safety regulators have recorded no child deaths linked to vaccinations. The purported tweet was fabricated, according to the state health department.

The post appears to show a screenshot of a tweet by NSW chief officer Dr Kerry Chant.

It states: "Great result from the children's roll-out, only 3 deaths linked and 106 adverse reactions out of 377000 vaccines. I would say that is a better result than expected.

"Make sure you get your children's vaccine done before school starts."

The post's caption reads: "It must be sick to start exposing the truth even though it is downplaying the murder count as if it's ONLY a small number and ONLY a large number of injuries". 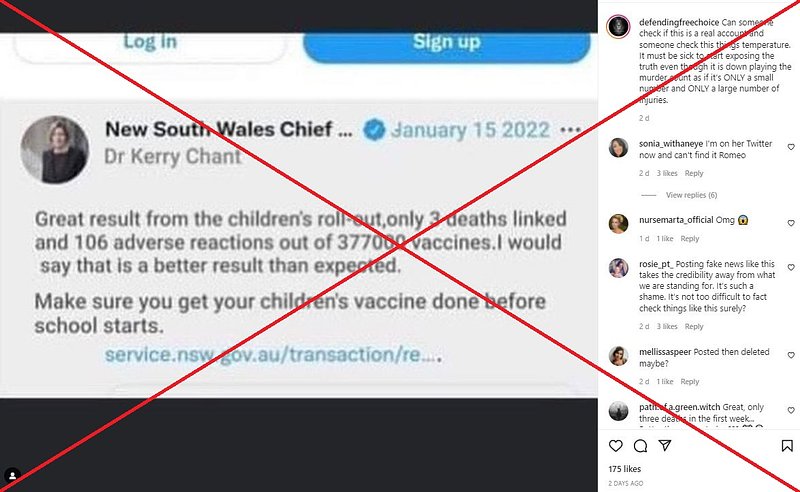 The post circulated online after the Australian government announced children aged five to 11 were eligible for Covid vaccination.

A similar claim was shared on Facebook here and here; on Twitter here; and on Real News Australia.

But the claim is false.

There were no child deaths linked to the vaccination rollout as of January 25, according to official data from Australia's Therapeutic Goods Administration, which monitors vaccine safety.

Statistics for its vaccine rollout in January can be seen here and here.

At the time the post circulated online, the number of doses administered to children aged five to 11 was slightly lower than claimed.

As of January 15, Australia had administered 255,564 jabs to children in this age bracket, according to this government report.

This rose to 713,561 doses by January 25, according to this government update.

An NSW Health spokesperson told AFP on January 19 that Chant did not write the purported tweet shared in the false posts.

"NSW Chief Health Officer Dr Kerry Chant did not author the Tweet or the Instagram post attributed to her and the information contained in both of them is incorrect," the spokesperson said.

A closer analysis of the purported tweet found it had been fabricated.

Below is a screenshot comparison of the image in the false posts (left) and an archived tweet from Chant's account (right):