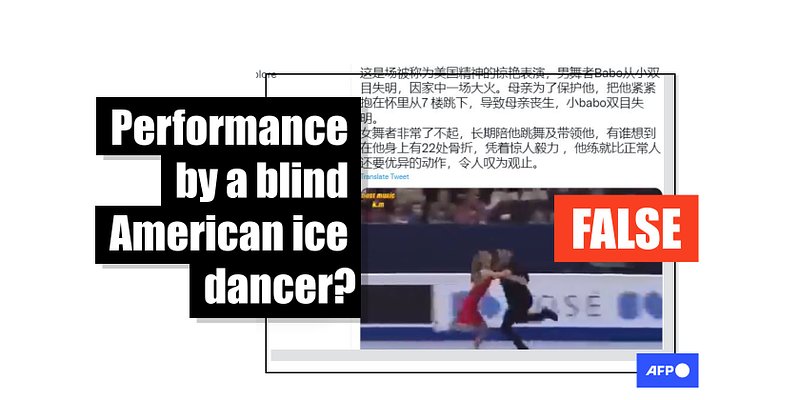 A video of an elaborate ice dance performance has been viewed thousands of times in social media posts that claim it shows a blind American skater named "Babo". The claim is false; the video shows Russian ice dancer Ivan Bukin, who is not blind.

"This is an amazing performance showing what is known as the American spirit.," reads a simplified Chinese tweet published on January 12.

"The male dancer Babo has been blind since childhood due to a fire at home. In order to protect him, his mother held him tightly in her arms and jumped from the seventh floor. She died and he was blinded."

It praises his "perseverance" in being able to outperform sighted skaters.

The video, which has been viewed more than 85,000 times, shows two figure skaters performing a complex routine. 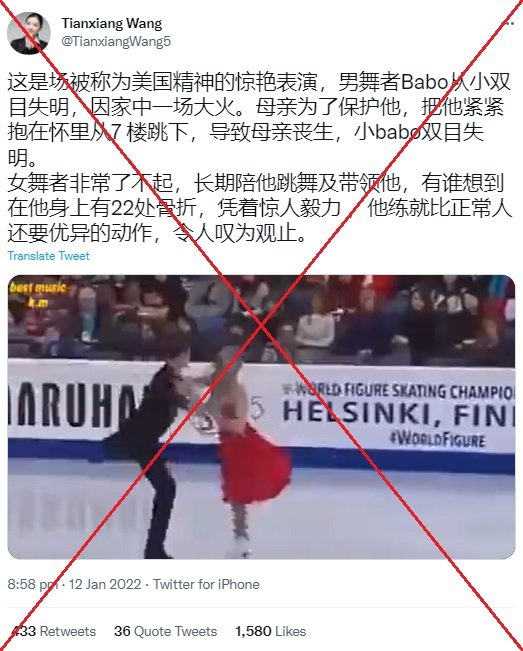 Some social media users appeared to be misled by the posts.

"What a good performance! I wonder why there are always amazing talents in the US!!" one person commented.

"This is the source of the US's great power," another wrote.

A longer version of the video shared in one of the misleading posts features the figure skaters' names -- "Alexandra STEPANOVA" and "Ivan BUKIN" -- at the start of the performance. 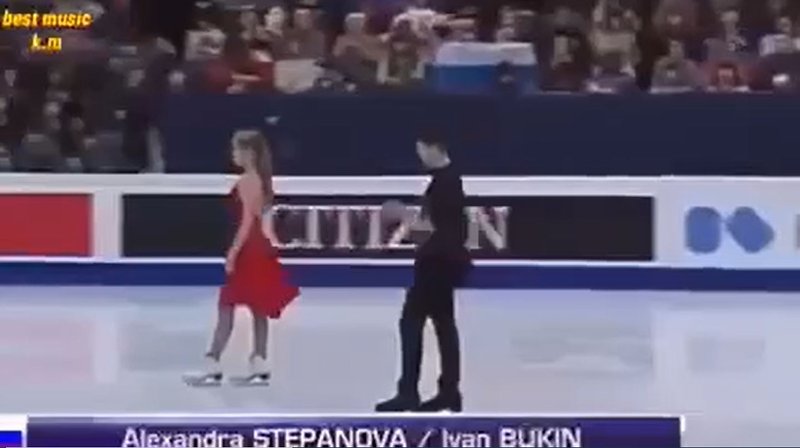 Screenshot taken on January 24, 2022, of the names shown in a longer version of the video

A keyword search on YouTube found the original video posted by the the International Skating Union (ISU) in May 2020.

Below are screenshot comparisons of the video shared in misleading posts (left) and the International Skating Union's video (right). 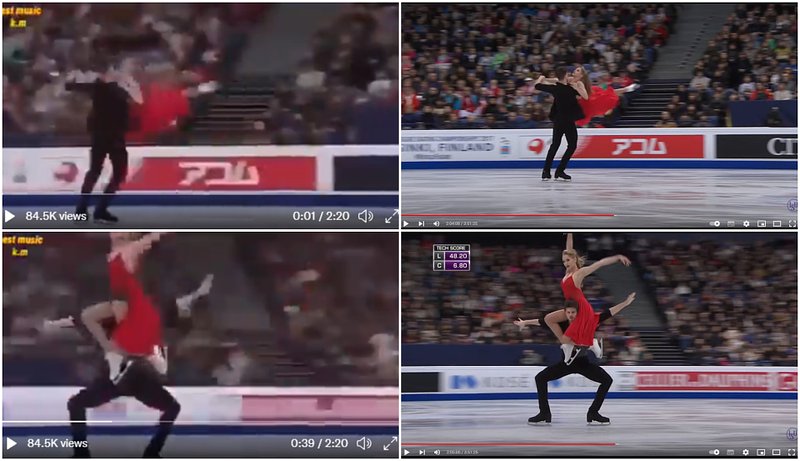 Alexandra Stepanova and Ivan Bukin are both from Russia.

Neither Bukin's profile on the ISU's website nor an interview on the ISU's YouTube channel say that he is blind. Multiple media reports about Bukin make no mention of this either.