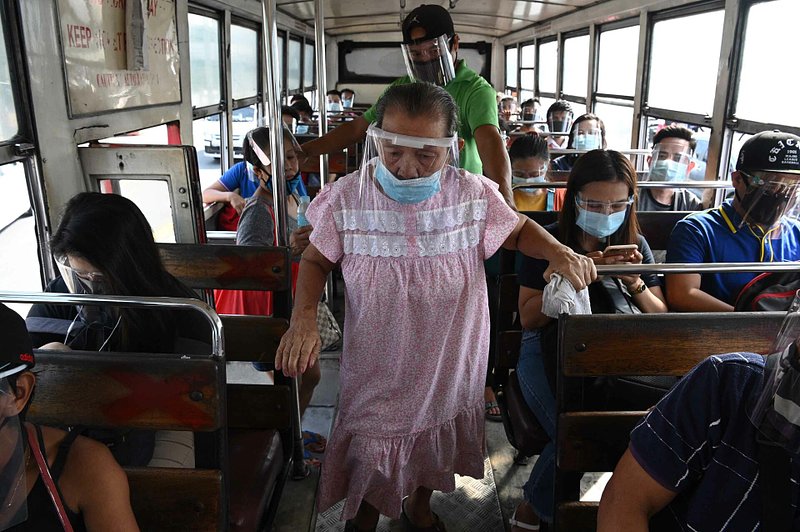 As Covid-19 cases surged in the Philippines in January, Facebook posts shared copies of a local ordinance alongside claims the most populous city in the country has made it mandatory for the public to wear plastic shields on top of face masks "within the city area". But these posts are inaccurate, according to the Quezon City government that issued the ordinance.As of January 13, face shields are only required in "high risk" areas like hospitals, a spokesperson for the city told AFP.

The post shares screenshots of a Quezon City local ordinance signed on January 6.

Throughout much of the pandemic, the Philippine government imposed strict wearing of face masks and plastic shields to curb the spread of the coronavirus. AFP reported on the policy here.

The country relaxed the plastic shields rule in November 2021 and only required their use in areas under the strictest lockdown restrictions.

With a dramatic surge in cases in January likely driven by the fast-spreading Omicron variant, the country placed several areas including Quezon City on the third strictest lockdown restriction. 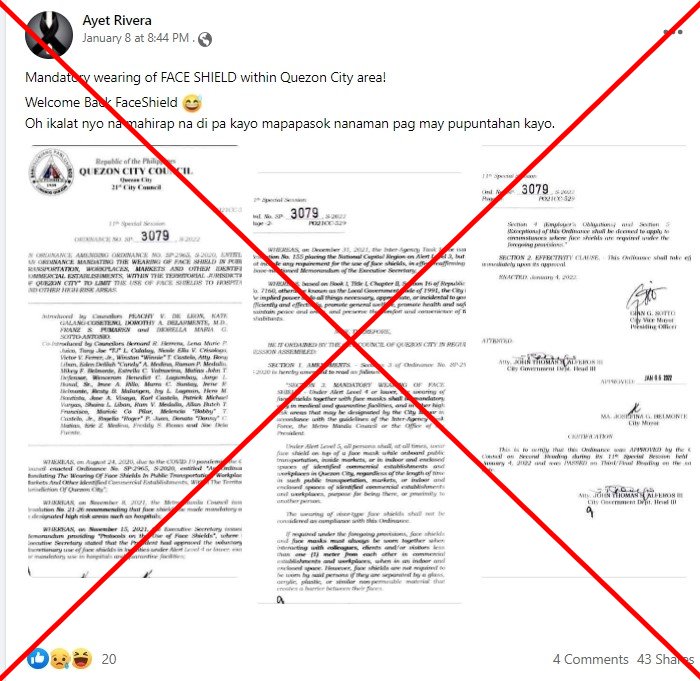 The city previously debunked the posts in a statement issued on Facebook on January 9.

"It's not true that wearing a face shield in any public place is mandatory. Don't believe or share fake news", the statement reads.

A portion of the ordinance in fact states it aims to "limit the use of face shields to hospitals and other high risk areas". 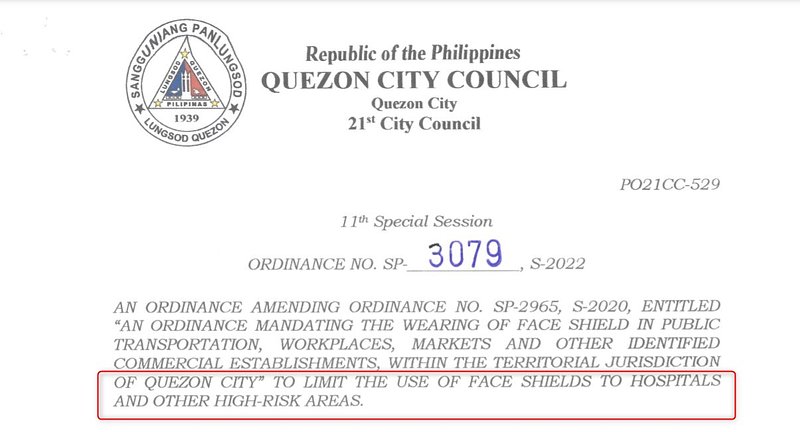 Screenshot of a portion of the ordinance

As of January 13, there are no reports indicating Quezon City had revised its rules on plastic shields.