A video that shows police officers knocking over a man in a wheelchair has been viewed thousands of times on social media with a claim that it was filmed during protests against Covid-19 restrictions in Australia in 2021. But the video has been shared in a false context; it was filmed in the US. The clip has circulated in reports about police arresting a Black Lives Matter protester in 2020.

Its caption, written in both Korean and English, reads: "Australian system pigs beating up a crippled black c0vid tyranny protester". 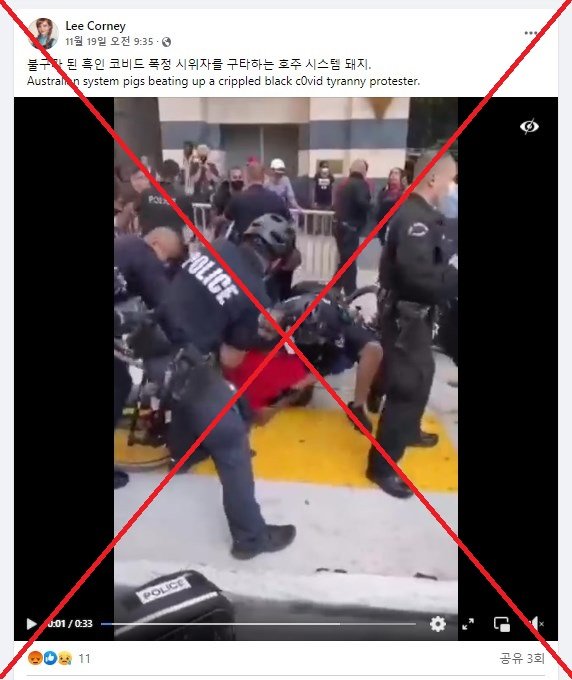 The video circulated online alongside the false claim as protests rocked Australia over the country's Covid-19 measures.

In August, hundreds were arrested after violent clashes between anti-lockdown protesters and police in Australia's two largest cities, AFP reported.

Protests against vaccine mandates for construction workers were staged in September.

In November, thousands decrying Covid-19 inoculations gathered in cities around the country.

The same video was also viewed more than 9,000 times with similar Korean and English-language claims here, here and here on Facebook, and here on Twitter.

But the video was actually filmed in the US.

A reverse image search on Google of screenshots from the video showed the same footage was embedded in this Newsweek report on July 16, 2020.

"Police have arrested a man who was allegedly thrown out of his wheelchair by officers in Tuesday's Black Lives Matter protests in downtown Los Angeles," the Newsweek report reads.

The death of George Floyd -- a Black man killed by a white police officer in Minneapolis in May 2020 -- sparked widespread protests across the United States.

Below is a screenshot comparison of the video in the false posts (L) and the video published in the Newsweek report (R): 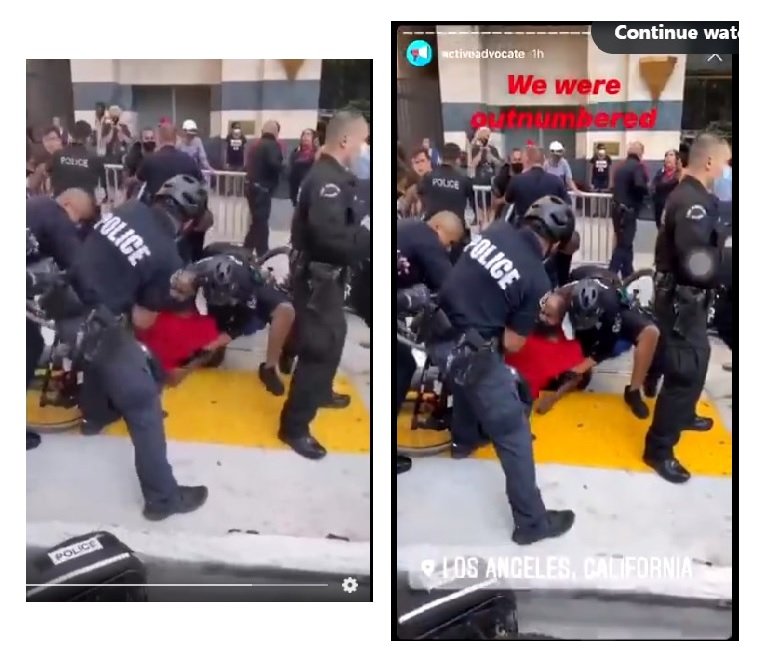 The same footage was also published in media reports here and here about police arresting a protester in Los Angeles.

The Los Angeles Police Department confirmed the arrest in a statement published on its website.

According to the statement, the incident happened in the area of Figueroa Street and Wilshire Boulevard in downtown Los Angeles.

Google street imagery of the location matches the incident shown in the video.

Below is a screenshot comparison of a keyframe in the video cited in the Newsweek report (L) and a Google Street View of its location in Los Angeles (R): 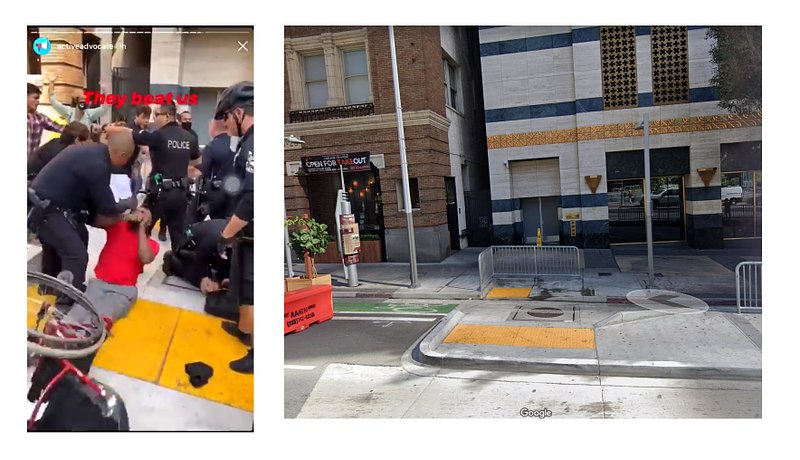 Further searches on Google found this video of the same incident.

In the video, the words "Los Angeles" can be seen on a badge on the police officers' uniforms. Screenshots of a similar video of the man&#039;s arrest published on the website Firework. Captured November 19, 2021.