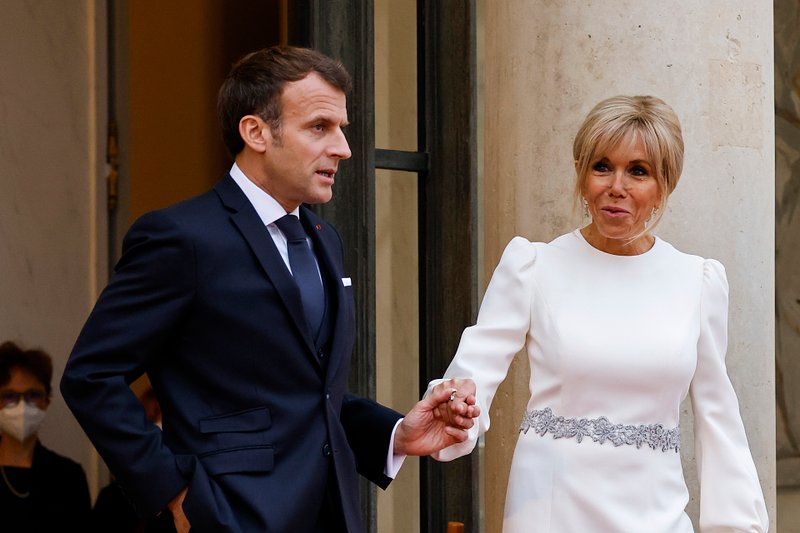 A video has been viewed tens of thousands of times in social media posts that claim it shows French President Emmanuel Macron dancing with his future wife Brigitte 30 years ago. The claim is false; the clip was taken in 2017 from a reality television show.

The video was published here on Douyin, the Chinese version of TikTok, on September 11.

"It's unbelievable that the French president and his wife are lovers of international dance. They dance so well!" the simplified Chinese-language post reads.

Text overlaid on the video reads: "This video shows Macron dancing with his teacher Brigitte 30 years ago" and "She trained her student to become her husband, and her husband to the president of France". 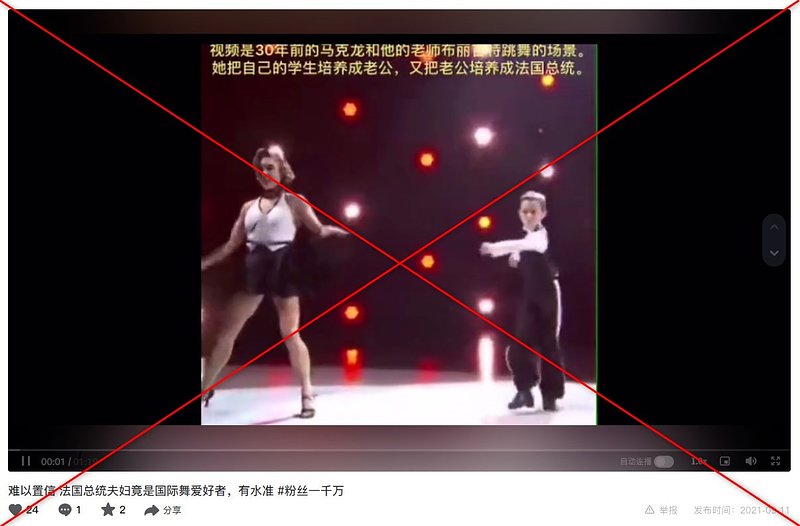 A former French and drama teacher, Brigitte Macron used to work at a school in northern France where she met Emmanuel Macron when he was a 15-year-old pupil, 24-years her junior. The pair married in 2007.

A reverse image search on Google found a longer version of the video posted in a YouTube video from September 6, 2017 called "So You Think You Can Dance: The Next Generation - Jenna and Jake's Ballroom Performance". 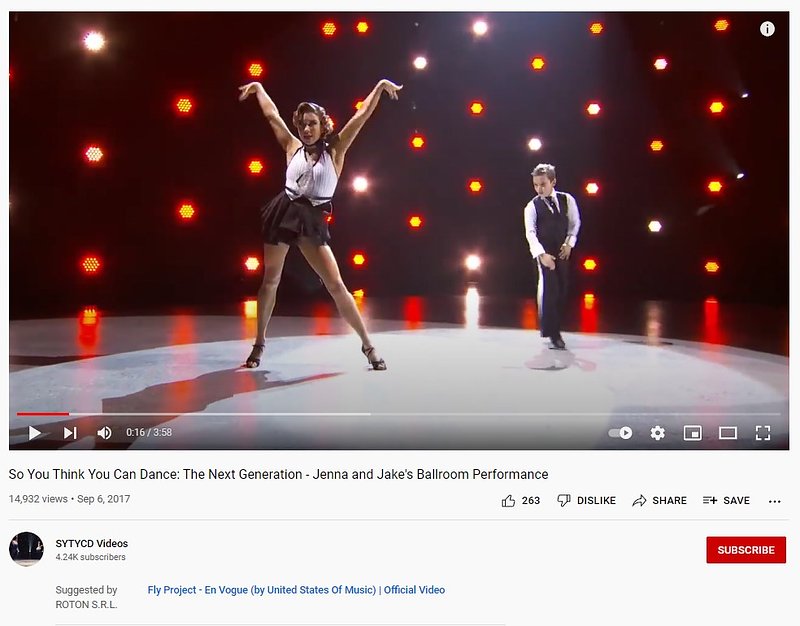 "So You Think You Can Dance" is a reality show broadcast on Fox in the United States in which dancers compete to win the title of "America's Favorite Dancer".

Jenna Johnson is an American Latin dancer who competed in season 10 of the show. She starred alongside Jake Monreal, who was 12 at the time.

Below is a screenshot comparison of the video in misleading posts (left) and the YouTube video (right).

Jake and Jenna make us want to cha cha along with them! #SYTYCDpic.twitter.com/dAt9wpzhZN