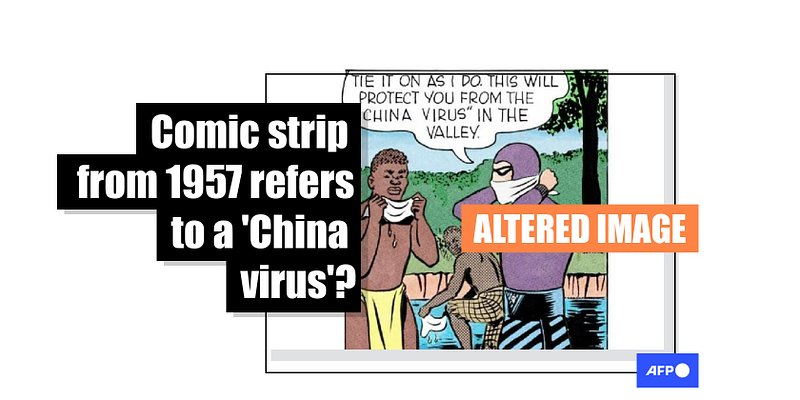 Facebook posts shared tens of thousands of times purport to show a vintage comic strip panel from 1957 with a speech bubble that makes reference to a "China virus". However, this is false; the words in the original comic from decades ago were digitally altered.

A Facebook post shared more than 80,000 times since October 29, 2021, includes a single panel from a comic strip showing a purple-clad superhero instructing two men to cover their faces with a white cloth.

“Tie it on as I do. This will protect you from the ‘China virus’ in the valley,” reads the superhero’s purported speech bubble.

A line of text beneath the image asks: “Would you believe, this comic was published in 1957?!” 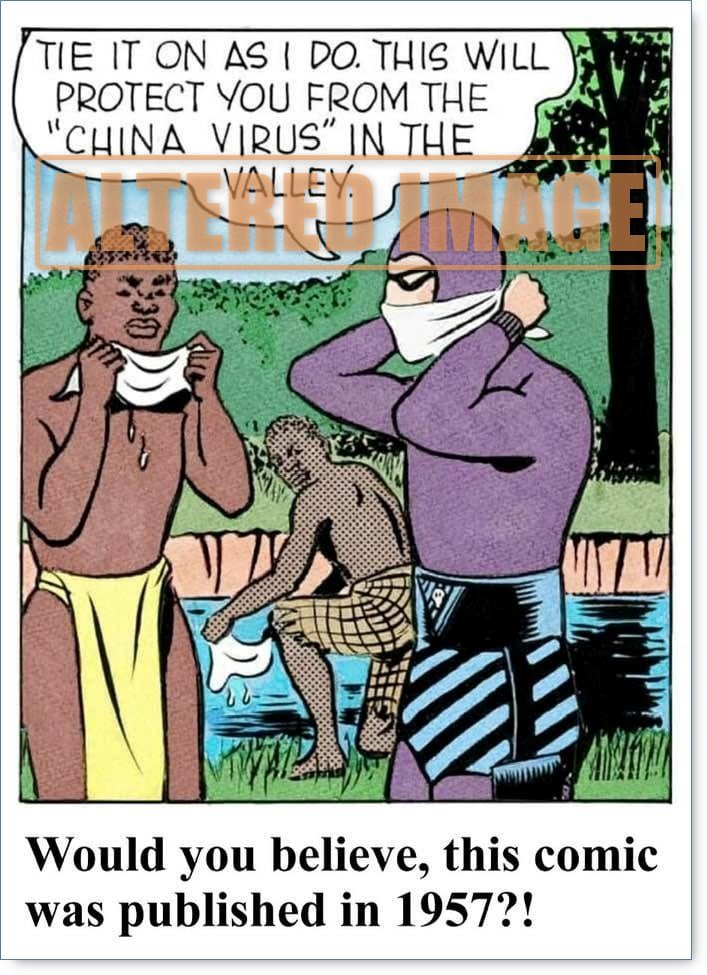 The term “China virus” was used by politicians like former US President Donald Trump to refer to the novel coronavirus, which causes the disease Covid-19.

Q: "Why do you keep calling this the Chinese Virus?"

President Trump: "It comes from China...it's not racist."

"While they have their advantages, these scientific names can be difficult to say and recall, and are prone to misreporting," the World Health Organization (WHO) said in a statement on May 31, 2021, explaining their naming conventions for viruses and their variants.

"As a result, people often resort to calling variants by the places where they are detected, which is stigmatizing and discriminatory."

In a guide, the WHO told people not to “attach locations or ethnicity to the disease”.

A screenshot of the WHO guidelines, taken on November 26, 2021

A reverse image search of the picture led to this debunk and results about The Phantom, a comic strip that began in 1936 detailing the adventures of one of the first costumed superheroes.

The character – who doesn’t possess any superpowers – wears a black mask and a purple outfit, and carries a pair of pistols. Phantom’s headquarters were initially based in a fictional country set in Asia but later moved to Africa.

The comic strip seen on Facebook originally consisted of four image panels and appeared in the Courier-Post on August 24, 1957, according to this clipping from page 17 of the New Jersey newspaper.

The text in the speech bubble from the second panel contained the phrase “Sleep Death”, which was replaced with “China virus” in the Facebook posts. 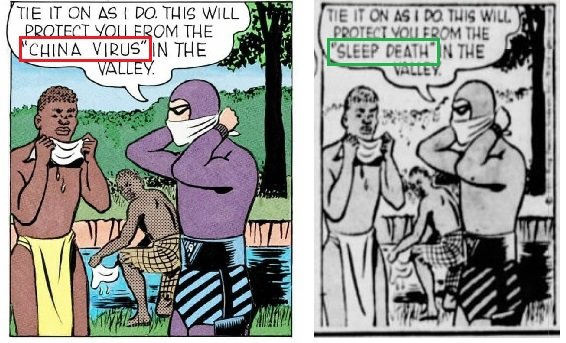 The original comic described a substance in the air of “the valley” that put men and animals into a deep sleep, hence the need for masks. It was not a reference to Covid-19 as implied in the altered speech bubble.

"Entering the jungle in a search for plant and animal specimen for research, a safari lead by two scientists ignore warnings from their native guides and the Jungle Patrol to avoid the mysterious Tessai Valley, a place the locals call 'The Valley of no Return' (sic). An eerily silence greets the party, who soon starts making startling discoveries and eventually succumbs to the mysterious hold the valley exercises on all its visitors. The Phantom is faced with a baffling mystery in an area totally unknown to him..." 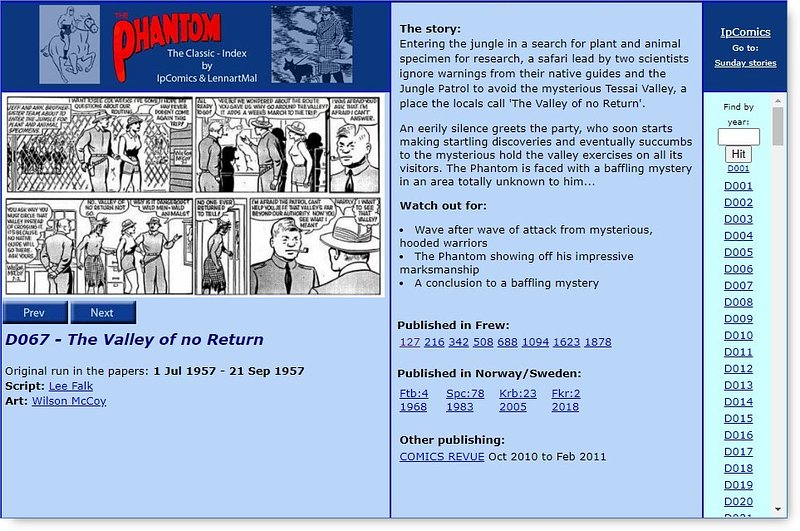 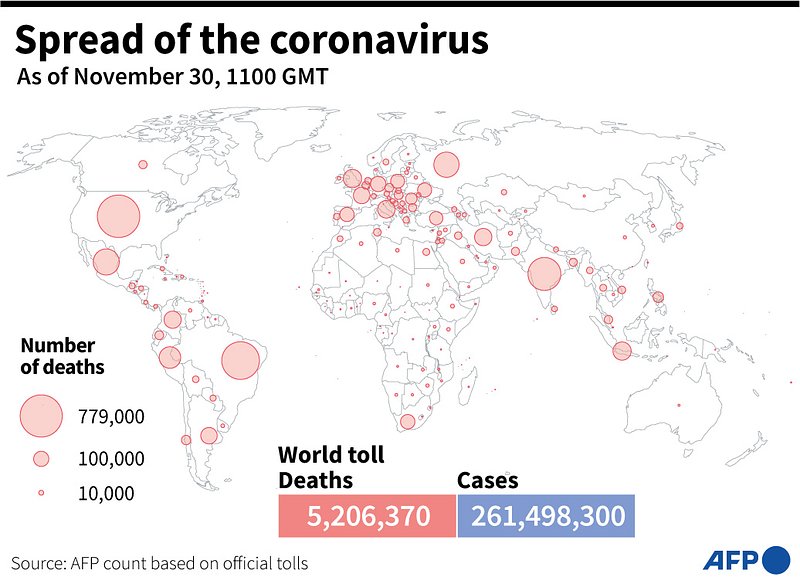