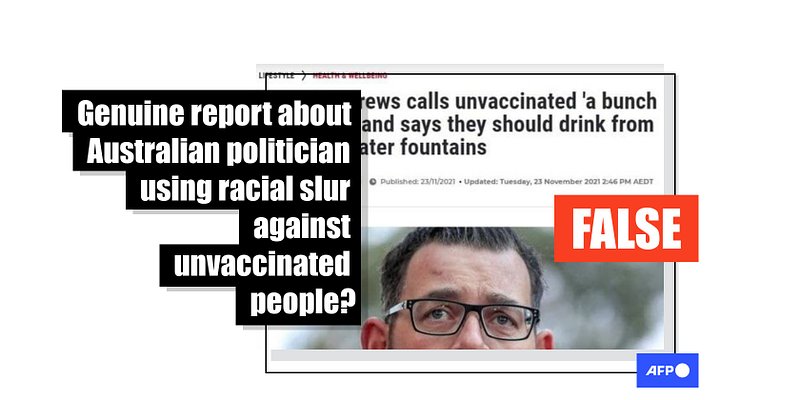 Multiple Facebook posts have shared a screenshot which they claim shows a genuine report from Australian news organisation 7News that Daniel Andrews -- premier of the state of Victoria -- called unvaccinated people a racial slur. But the screenshot is fabricated, 7News told AFP. Keyword searches found it does not correspond to any report published on the 7News website. 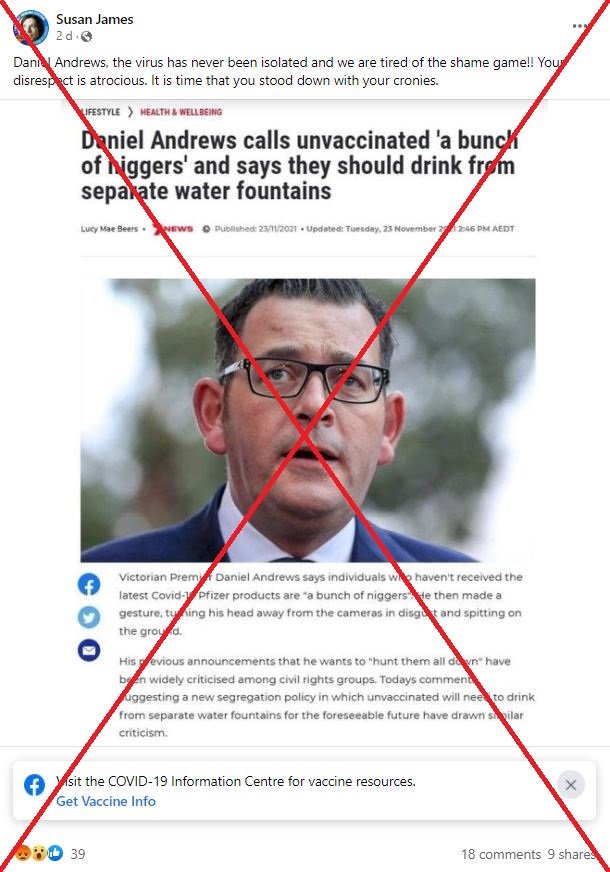 The screenshot purports to show a news report headlined: "Daniel Andrews calls unvaccinated 'a bunch of n**gers' and says they should drink from separate water fountains".

Andrews is the premier of the Australian state of Victoria. He has previously decried "violent and extremist threats" from anti-vaccine individuals over his handling of the pandemic, according to news organisation 9News.

It further reads: "Victorian Premier Daniel Andrews says individuals who haven't received the latest Covid-19 Pfizer products are 'a bunch of n**gers'. He then made a gesture, turning his head away from the cameras in disgust and spitting on the ground.

"His previous announcements that he wants to 'hunt them all down' have been widely criticised among civil rights groups. Todays comments suggesting a new segregation policy in which unvaccinated will need to drink from separate water fountains for the foreseeable future have drawn similar criticism."

The post's caption adds: "Daniel Andrews, the virus has never been isolated and we are tired of the shame game!! Your disrespect is atrocious. It is time that you stood down with your cronies".

False claims that the Covid-19 virus has not been isolated have been debunked by AFP here.

Other instances of the screenshot appear on Facebook here and here.

However, the report is fabricated.

"Yes, I can confirm that screenshot is fake," a spokesperson for 7News told AFP on November 30.

A search on the 7News website found this article with identical publication details as the fabricated report. It reads: "Daniel Andrews ‘can’t rule out’ COVID-19 vaccine rules for kids aged under 12, says it is too early to make the call".

Below is a comparison between the fabricated report (L) and the genuine 7News article (R). 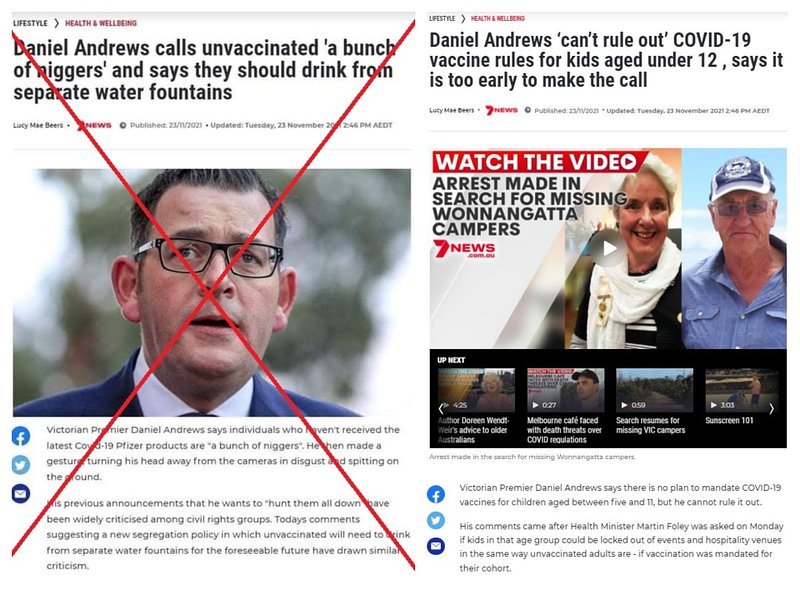 A reverse image search found the image of Andrews in the fabricated report was taken from this Australian Associated Press page. It was taken at a Council Of Australian Governments meeting on June 9, 2017.

Andrews' office did not immediately respond to a request for comment.