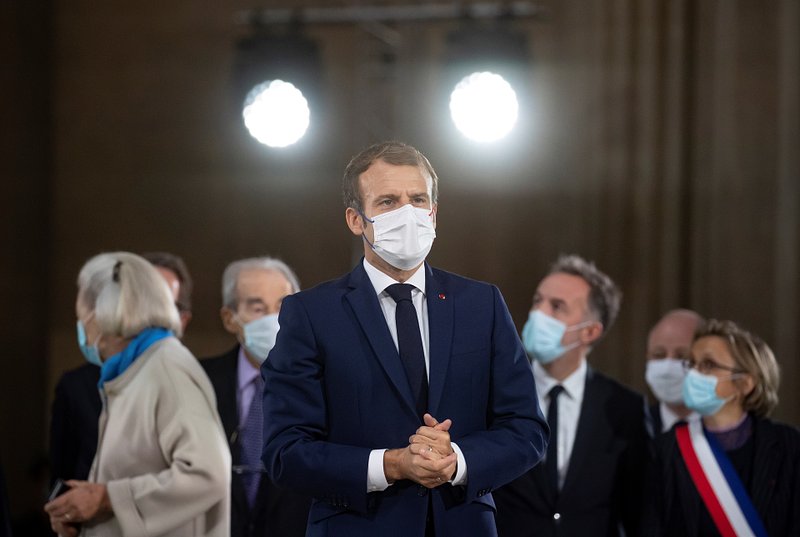 Social media posts circulating worldwide have shared what they claim is a speech by French President Emmanuel Macron ordering those unvaccinated against Covid-19 to "stay at home". The posts circulated online after France introduced a "Covid health pass" for restaurants, bars, cultural venues, trains, and planes. The claim is false: the posts shared comments originally published by Italian journalist Selvaggia Lucarelli. As of October 14, 2021, there was no evidence that Macron made the comments.

"I no longer have any intention of sacrificing my life, my time, my freedom and the adolescence of my daughters, as well as their right to study properly, for those who refuse to be vaccinated. This time you stay at home, not us," reads a Facebook post from July 26, 2021.

The post claims the comments were made by Macron. 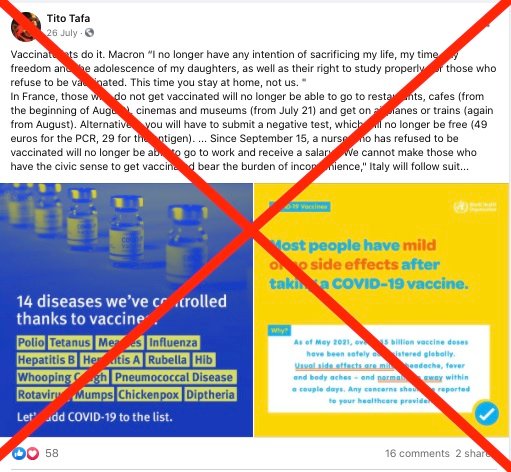 The post correctly states that people in France must be vaccinated or have a recent negative Covid-19 test result for restaurants, bars, cinemas, cultural venues, planes, and trains.

Health workers who refuse to get vaccinated also face suspension without pay.

Though criticised as discriminating against the unvaccinated, the new rules have given France's efforts to innoculate its population a sustained boost since mid-July, with millions rushing to get jabbed in order to avoid regular testing, AFP reported.

"I am for the French line, right away. I no longer have any intention of sacrificing my life, my time, my freedom and the adolescence of my son, as well as his right to study properly, for those who refuse to get vaccinated. This time you stay home, not us," she wrote in Italian.

Macron does not have any children. His wife Brigitte has three children from a previous marriage, who are all aged over 35.

Lucarelli tweeted that her comments had been misattributed to Macron.

In the speech, he announced measures intended to boost vaccination rates, including the health pass.

"We are a great nation, a nation of science, of the Enlightenment, of Louis Pasteur, and when science gives us the tools to protect ourselves, we should use them with trust in progress and reason," Macron said.

He said the measures aimed to "recognise our civic duty and place the burden of restrictions on the non-vaccinated rather than on us all".

Macron did not say the words cited in misleading posts at any point during the address.