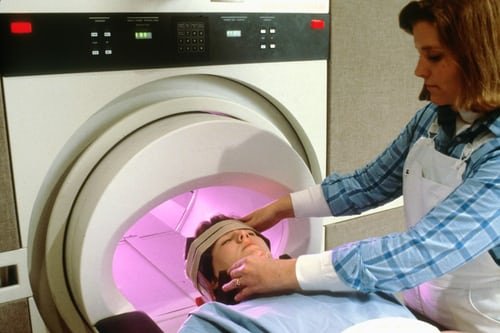 Social media posts claim "electromagnetism" from magnetic resonance imaging (MRI) scans can be dangerous for people who have recently been vaccinated.

This is false; medical experts say MRIs pose no such risk, and have repeatedly debunked claims that the vaccines contain magnetic ingredients.

"I am warning vaxxed individuals to avoid MRI scans, especially for the 1st few weeks, as some people have been severely affected by the electromagnetism it produces," says a September 22, 2021 tweet from an account said to belong to a doctor.

"The most severe cases have resulted in the death of the patients," the tweet says. 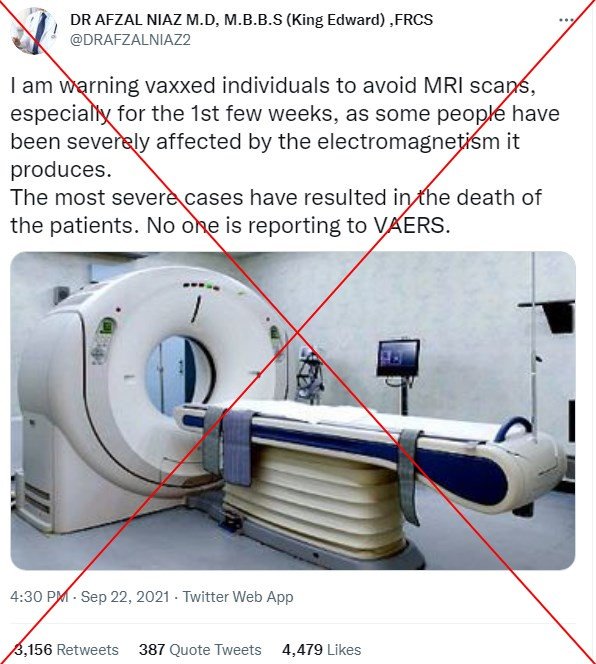 It is part of a series of inaccurate claims spreading online that seek to link Covid-19 shots to magnetism. But experts say MRI scans are safe following vaccination.

"There is absolutely no data to suggest that MRI scans should be avoided after any of the Covid-19 vaccines," said Lara Boyd, a neuroscientist and professor at the University of British Columbia.

Jean Chen, an associate professor of medical biophysics at the University of Toronto, agreed that vaccination is no reason to skip an MRI, which she called a "highly beneficial tool for diagnosis and research."

"MRI uses radio waves within the magnetic field to produce detailed images of the inside of the body. There is nothing about the Covid-19 vaccine that could impact this process, as the vaccine does not contain magnetic material," she said.

The ingredients of all the Covid-19 vaccines authorized for use in Canada and the US (Pfizer-BioNTech, Moderna, Johnson & Johnson and AstraZeneca) are publicly listed and do not include graphene oxide.

Dr David Li, professor emeritus of radiology at the University of British Columbia, said he has only been made aware of one complication with diagnostic scans following Covid-19 vaccination.

"The only issue that I am aware of is the possibility of 'false positive' findings related to enlarged lymph nodes," he said.

This was confirmed by Dr Connie Lehman, a professor of radiology at the Harvard Medical School, who said that a small number of patients are presenting with swollen lymph nodes following vaccination, especially on the side where the shot was given.

This is a normal response to the vaccine, she said, but if spotted on a mammogram, for example, it could lead to unnecessary biopsies to confirm there is no cancer present.

Lehman, who is the chief of breast imaging at Massachusetts General Hospital in Boston, led a team to create a protocol for screening patients post-vaccination. She encouraged patients to get vaccinated and said there is no reason to delay scans.

"The vaccine doesn't do anything that would make an MRI unsafe," she said.