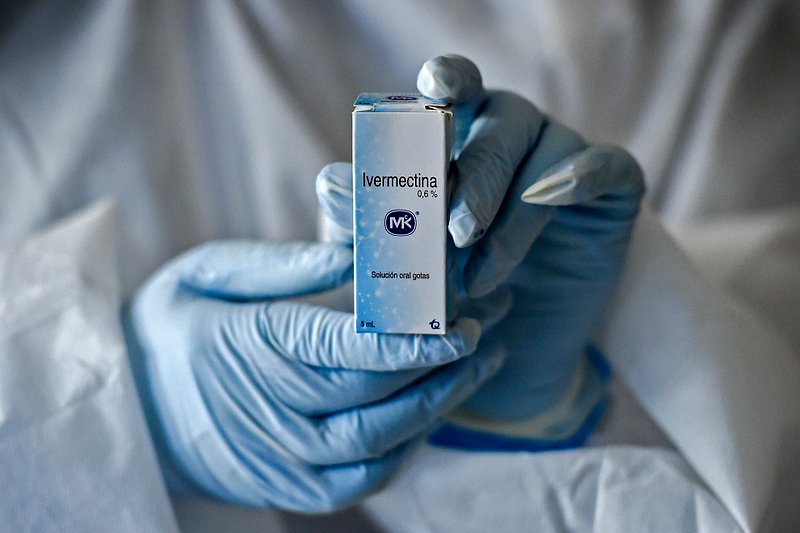 Social media posts claim that the anti-parasitic drug ivermectin causes sterility in 85 percent of men who take it.

But experts say the claim is not backed by evidence, and the US Food and Drug Administration (FDA) does not list sterility as a side effect for the medication.

"When you find out Ivermectin sterilizes the majority (85%) of the men who take it," says a September 7, 2021 Facebook post. 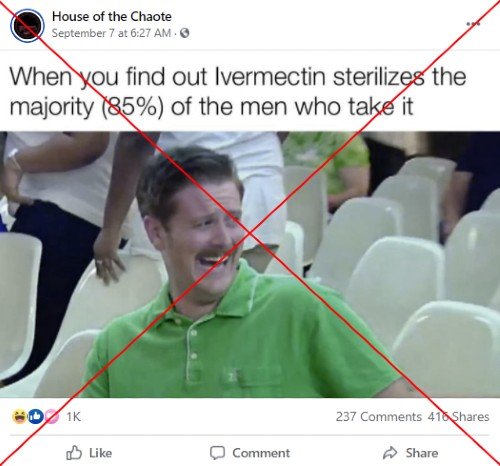 US health and drug authorities do not recommend ivermectin as a treatment for Covid-19, but some Americans are taking the drug -- or versions intended for veterinary use -- in the belief that it will protect them or treat the deadly disease.

Dr Michael Eisenberg, director of Male Reproductive Medicine and Surgery at Stanford Health Care, told AFP that there is no evidence to support the claim that ivermectin causes sterility in men.

The study cited by some of the posts, an analysis of the effects of ivermectin therapy on the sperm function of Nigerian river blindness patients, did not follow World Health Organization standards on semen analysis, he said.

Eisenberg added that for most of the men, sperm levels "stayed above the level where we would get clinically concerned."

Overall, the paper does not support the claim that ivermectin leads to sterility, he said.

Dr Stephanie Page, head of Metabolism, Endocrinology and Nutrition at the University of Washington School of Medicine, agreed.

After a search of available studies, she did not find any which implicated "ivermectin treatment and infertility in men."

She continued: "As far as the study in men in Nigeria... the bottom line is that NONE of the participants were actually found to be infertile (since fertility was not actually measured)."

In fact, all of the men had normal sperm counts after 11 months of treatment -- "much longer than one might take if for a viral illness, if that is the question," she said.

"Finally, the data are a bit unusual. There is no control group," and the uniform decrease in parameters "suggests that perhaps the methods or evaluation changed over time."

Additionally, the FDA does not list sterility among side effects for the drug.

AFP Fact Check has reported on other misinformation about ivermectin, available here.