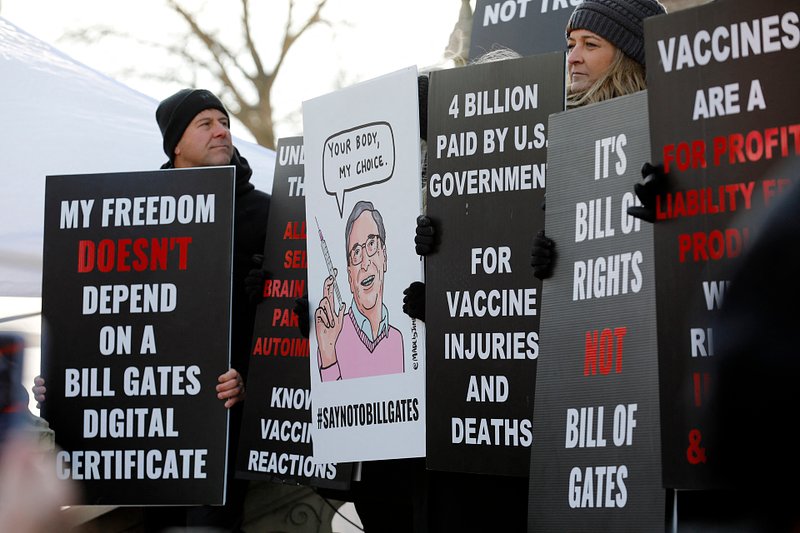 But the purported comments -- which some social media users appeared to believe were genuine -- originated in a satirical report. A spokesperson for the Bill and Melinda Gates Foundation told AFP that Bill Gates did not make the purported remarks.

The claim was shared on Facebook here on September 7.

The post's Thai-language caption translates to English in part as: "In a shocking announcement, Bill Gates, billionaire Microsoft co-founder and the major force behind the Covid-19 vaccines, called for all the Covid-19 genetic-based vaccines to be taken off the market immediately.

"Gates said: 'We made a terrible mistake. We wanted to protect people against a dangerous virus. But it turns out the virus is much less dangerous than we thought. And the vaccine is far more dangerous than anyone imagined".

The post shows an image of Bill Gates overlaid with text that reads: "Covid-19 warning from Bill Gates". 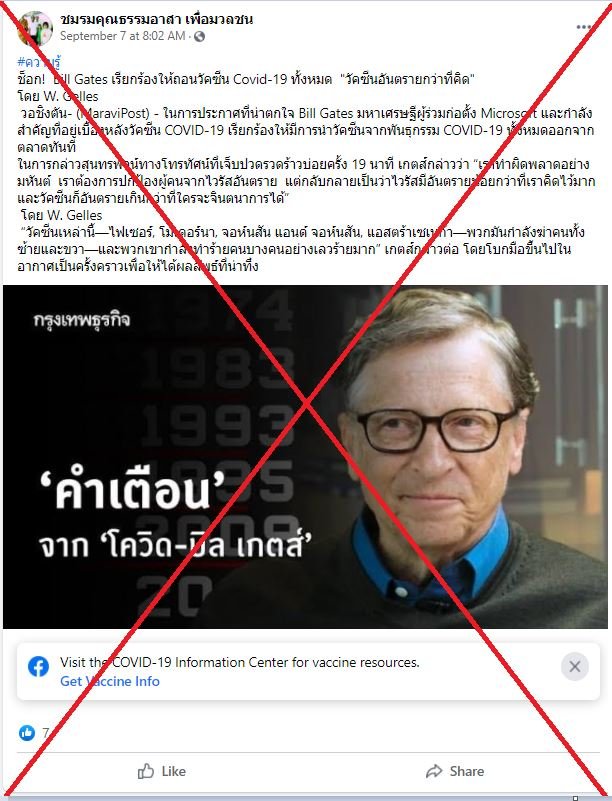 As of September 10, 2021, about 16 per cent of the Thai population had received two coronavirus vaccine doses, the government's Covid-19 task force said. AFP reported on the vaccination drive here.

Gates has been a frequent target of Covid-19 misinformation, as debunked by AFP here and here.

A similar claim was also shared in Facebook posts here and here.

Comments on the posts indicated some social media users believed Gates actually made the remarks.

"Good that I haven't got vaccinated yet," one wrote.

"I'm one of the people who don't want to get vaccinated because I knew this", said another.

Keyword searches on Google found the posts have shared a Thai-language translation of portions of this satirical article.

A note included in the Expose UK article reads: "When we first published this article we should have made it clear at the beginning that it was satire rather than at the end. We did not do this and we apologise".

Below is a screenshot showing the article was marked "satire" in the headline: 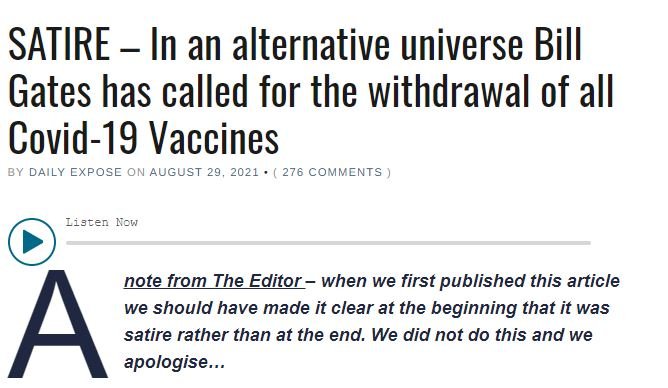 Screenshot of the satirical article, published by the Expose UK

The Bill and Melinda Gates Foundation told AFP that Gates did not make the remarks shown in the posts.

"This claim is false," a representative for the foundation told AFP on September 9, 2021.