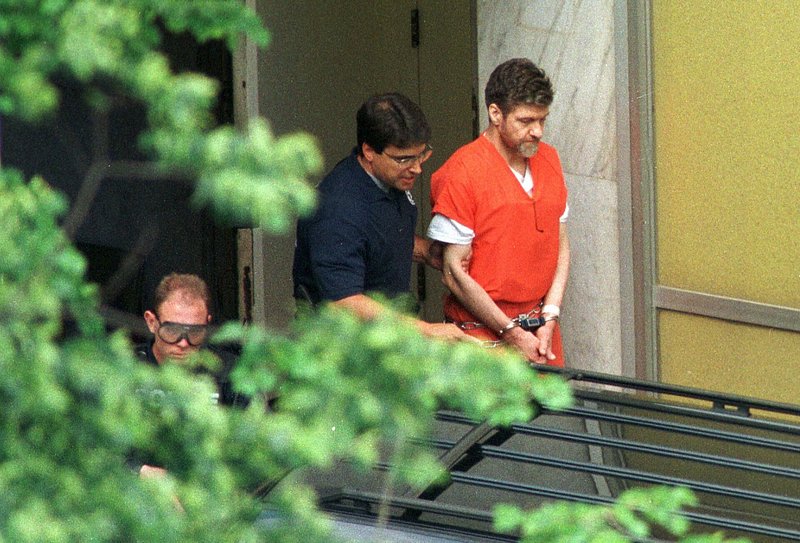 An image circulating on Facebook and Instagram purports to show a BBC News tweet reporting that US President Joe Biden has granted a pardon to Ted Kaczynski, the US hermit-mathematician known as the Unabomber who was sentenced to life behind bars for sending fatal letter bombs. The claim is false: the image was taken from a BBC parody account and has been digitally altered.

"Joe Biden grants federal pardon to Ted Kaczynski. Authorities expect the controversial mathematics professor to be released from prison in the next few hours", the text reads, alongside the BBC News logo and handle @BBCNews. 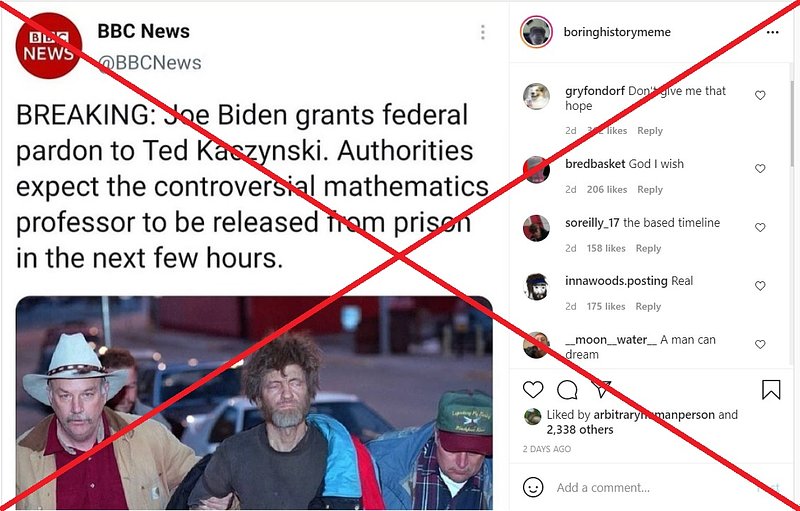 A photo shows Theodore Kaczynski, known as the Unabomber, who terrorised the United States with a series of bombs planted between 1978 and 1995 that killed three people and injured dozens of others.

Before Kaczynski became one of America’s most wanted domestic terrorists he attained an assistant professorship in mathematics at UC Berkeley and was on track to tenure,  the New York Times reported.

"wtf was Joe a libertarian plant this entire time," one person commented.

The image has also been shared on social media here and here.

However, the image does not show a genuine BBC News tweet. 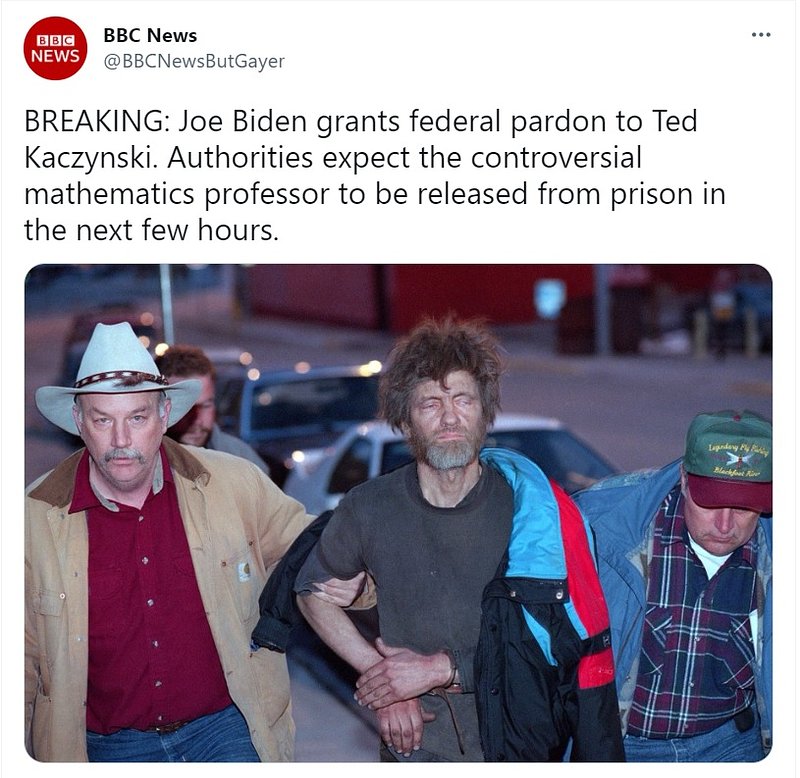 An advanced search of the genuine BBC News Twitter timeline showed no results for keywords “Ted Kaczynski” or “mathematics professor”.

A search of an archived version of the BBC News Twitter timeline from July 13 also showed no results for the tweet featured in the image posted on social media.

Moreover, in the misleading image, the handle of the parody account, "BBCNewsButGayer", has been edited to read "BBCNews".

The photo of Kaczynski featured in the satirical tweet was taken by Montana University student Bruce Ely in 1996. See other photos from the series here.

By July 21, 2021, no news reports had documented the purported release of the Unabomber. Kacynzski, America's once most feared domestic terrorist is serving multiple lifetime prison sentences with no chance of parole.

AFP contacted the BBC for comment but had not received a response at the time of publication.