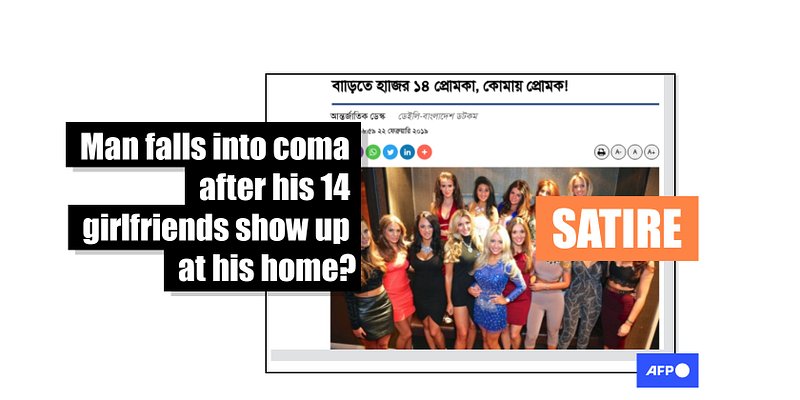 Fear of being found out did not cause this man to fall into a coma.

Old Bangladeshi news reports claim that a man in India who was dating 14 women simultaneously fell into a coma after they all turned up at his house at the same time. The claim first surfaced online in 2019 and has recirculated on Facebook in 2021. The story, however, originated as a satirical article on an Indian entertainment website -- it has no basis in fact, the site's founder told AFP.

In 2019, Bangladeshi local media outlets shared a news report about the purported case of a man with 14 girlfriends.

One report was published here on February 22, 2019 in the ‘Daily Bangladesh’.

The report reads: ‘‘His 14 girlfriends turned up at his home without warning. He was so scared that he fell into a coma. This happened in Delhi, India. The boyfriend, Rakib, is only 18 years old." 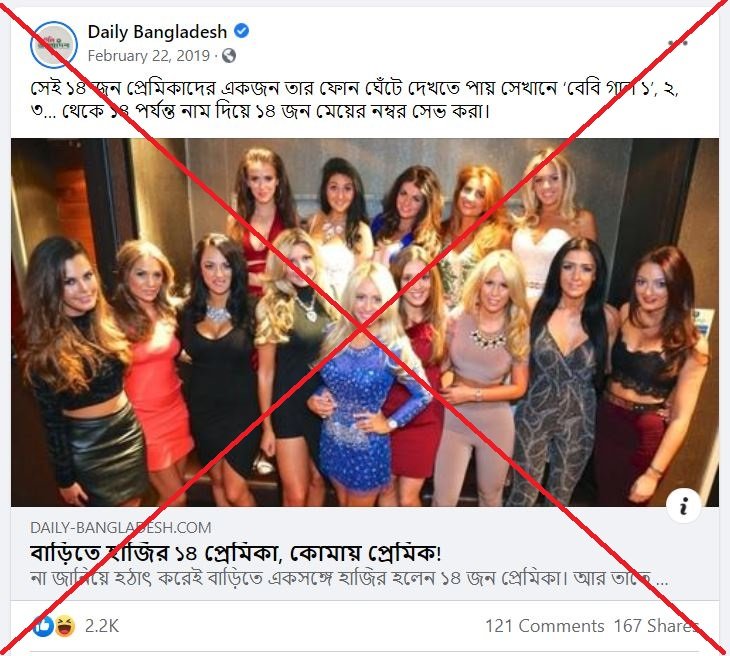 The post's Bengali-language caption translates to English as: ‘’Suddenly 14 girlfriends turned up at his home, and then……’’

The claim, however, originated as satire and is not based on a real event.

The story -- which was removed from the site after AFP contacted RVCJ -- was published as a satire piece, with the "Humour" tag clearly visible over the headline on the website. 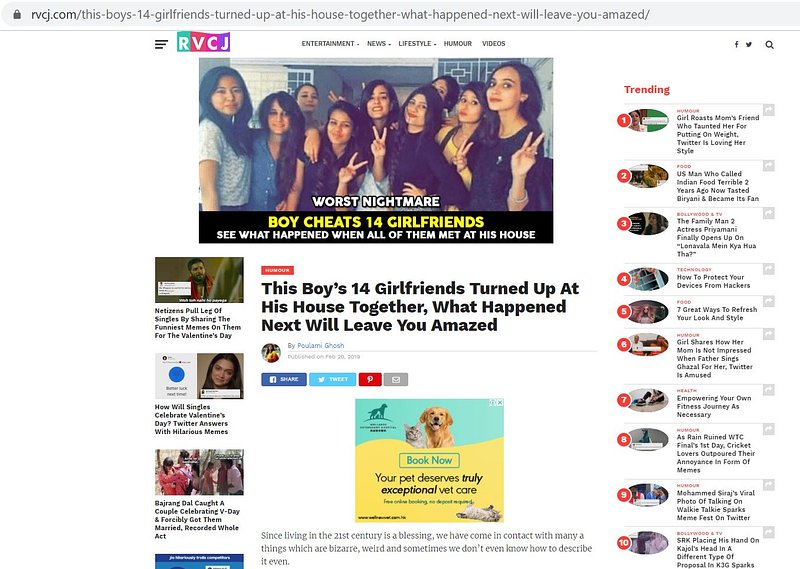 Shahid Javed Ansari, CEO and founder of RVCJ Media, told AFP that the article was not based on facts.

He told AFP by email: "It was a satire news article and was posted in the humour section but since others are considering it to be true, we have deleted it from our platform to avoid any confusion in future to other users."

The image in the Daily Bangladesh article was used here in 2015 to illustrate hen weekends in the UK city of Liverpool.