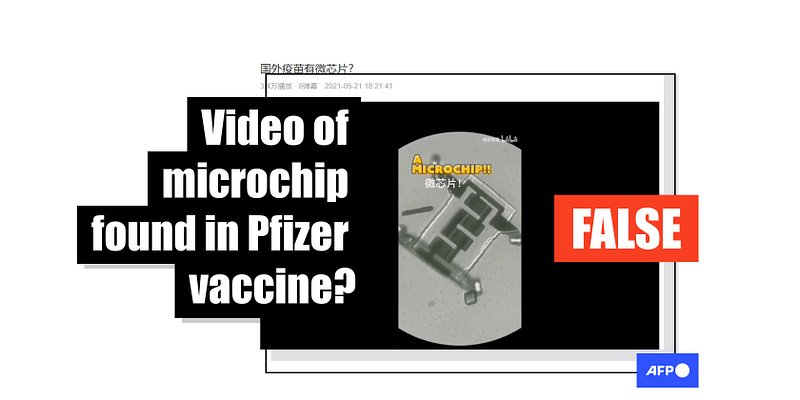 A video has been viewed tens of thousands of times in multiple social media posts that claim it shows microchips in the Covid-19 jab.

It purportedly shows a Pfizer-BioNTech Covid-19 vaccine under a microscope. 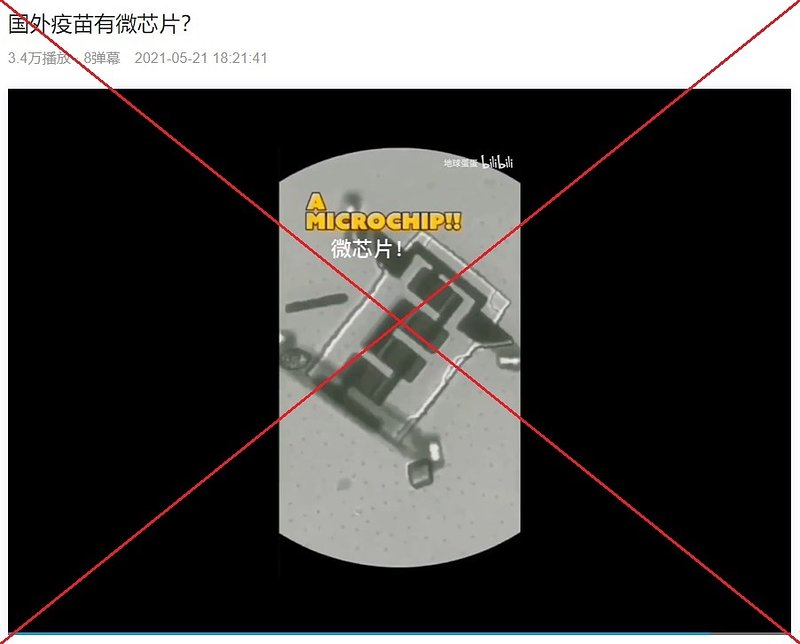 Screenshot taken on July 9, 2021, of the misleading Bilibili post

The video was also shared alongside a similar claim on the Iranian social media sites Aparat here and Wisgoon here; on Twitter here; and on Instagram.

A Google reverse image search of the video's keyframes found it was taken from a longer video in this article published August 26, 2020 by the British magazine Nature titled: "Robots smaller than the eye can see could revolutionise micro-robotics".

The article is not related to Covid-19 vaccination.

It reads in part: "Now a team of researchers have developed a new type of actuator that operates electronically and that can be layered directly onto the circuit that controls it.

"This opens the doors for the last 50 years of micro-electronics research to be incorporated into robots so small they can’t be seen by the human eye." 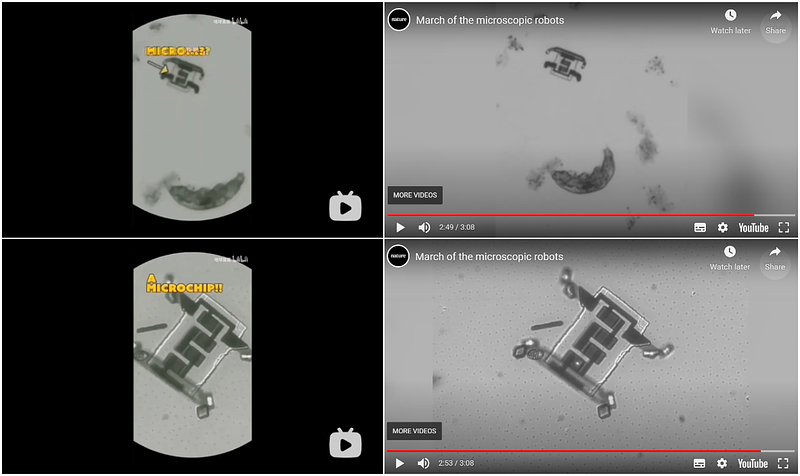 The paper for the research was published on the Nature journal here on the same day.

The same research was also reported by Cornell University here, and the US technology news site BGR here.

Marc Miskin, Assistant Professor at the University of Pennsylvania and one of the authors of the research, told AFP the claim that the microrobots have been added to vaccines is "a total fabrication".

"These are research-level robots. They can't do anything without special laboratory equipment to power or control them. Outside of a lab, they'd be useless," he told AFP on July 14, 2021.

"I don't think anybody has ever tried to add microrobots to vaccines, nor will they anytime soon: it'd be hard, illegal, and pointless."

The misleading video was also debunked by the Chinese state media fjsen.com here.