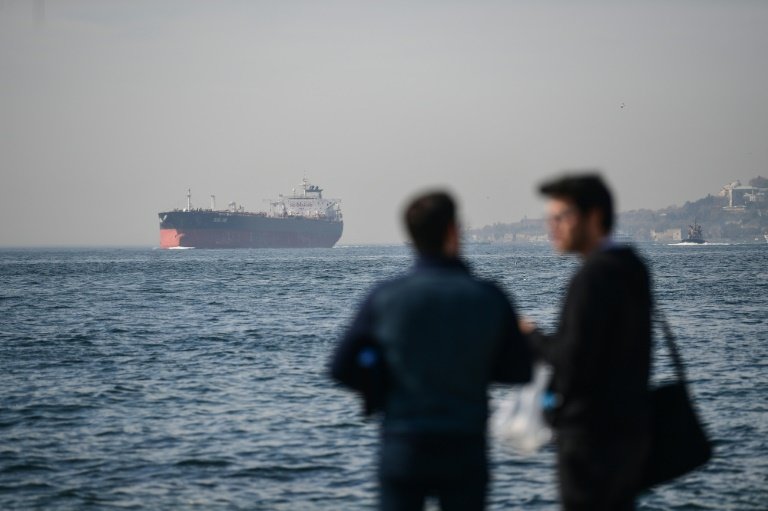 Turkey said Wednesday it has started requesting proof of insurance from tankers loaded with Russian crude oil after Western powers imposed a price cap to punish the Kremlin for its war on Ukraine.

But a Turkish official denied that the measure was slowing the passage of oil ships to world markets through the Bosphorus and Dardanelle straits.

The European Union and the Group of Seven leading industrialised nations agreed last week to block Western insurers from covering ships that intend to sell Russian oil for more than $60 a barrel.

Australia has also joined the new sanctions aimed at depriving Russia of one of its main sources of revenue.

The TankerTracker.com industry monitor said early Wednesday that Russian seaborne crude oil exports had halved in the past 48 hours.

One source told AFP that Turkish officials began requesting proof of insurance from tankers passing from Russia at the start of the month.

An official source told AFP on condition of anonymity that authorities "want to be sure about the coverage" because Western insurers have started to cancel it.

An unnamed Turkish official told the Anadolu state news agency that "the majority of international insurers" no longer provide coverage for Russian crude.

"God forbid, if an accident happens in the straits, who would cover the damages that can reach billions of dollars? Who would be responsible?" the Turkish official asked.

But the official also rejected Western media reports suggesting that Turkey's new rules have created a logjam of tankers in the two straits.

The official said there were no "significant" changes to marine traffic and that Turkey could take extra measures to "prevent congestion".

A 1936 treaty guarantees the freedom of navigation to merchant vessels passing through Turkey's two straits.

But it also gives Turkey the right to regulate security -- a provision it is now using to make sure the oil ships are insured against spillage and other accidents.

The Financial Times reported that Russia has assembled a separate "shadow fleet" of more than 100 vessels that try to circumnavigate the Western sanctions regime.

These ships are reportedly using non-Western insurers and selling oil at higher prices to countries that have not subscribed to the new sanctions.

The Financial Times said Turkey was waving through these ships but holding up the ones with Western insurance coverage.

Turkish officials did not immediately respond to the report.

He said Western insurers balked at Turkey's demand to provide a "blanket promise to cover everything that happens in the Bosphorus".

"So it became a de facto situation that more reputable honest merchants cannot mitigate the transit... but Russian (insurers) are issuing the papers and those ships are transiting," he said.