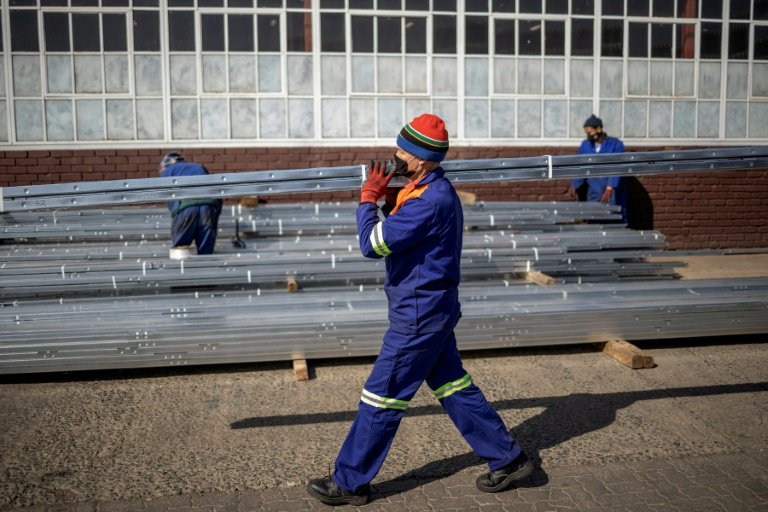 Gross domestic product (GDP) expanded by 1.6 percent in the three months to September, following a 0.7 dip in the previous trimester, StatsSA said.

"The size of the economy now exceeds pre-pandemic levels," the official statistics agency said in a statement.

"Quarterly real GDP is now the highest it's ever been, exceeding the previous peak of 1,152 billion (rand) ($66 billion) recorded in the fourth quarter of 2018."

Agriculture, finance, transport and manufacturing were the main drivers, with demand benefiting from a rise in exports and government consumption, it said.

Africa's most industrialised economy was badly hit by the Covid-19 pandemic, which amplified joblessness, poverty and inequality.

Economic growth was braked for about two years.

GDP returned to its pre-pandemic size only in the first quarter of 2022, on the back of six months of modest growth.

But some of those gains were lost in the second quarter, when economic activity was hit by floods in the southeastern KwaZulu-Natal province and power cuts caused by a prolonged energy crisis.