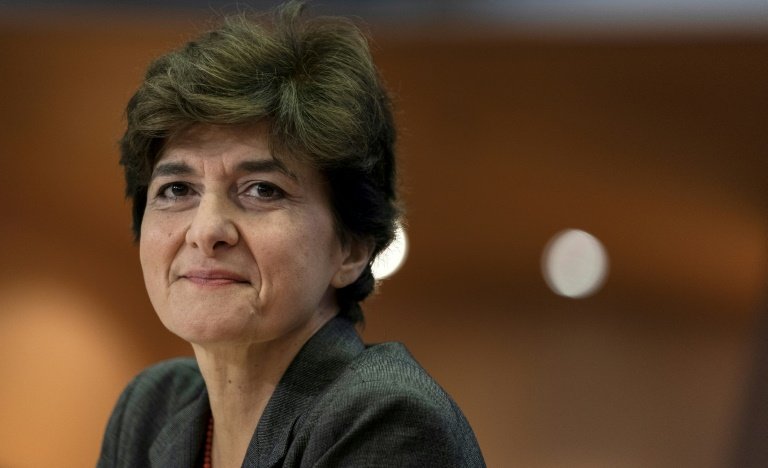 French prosecutors said Friday that they had opened a corruption investigation into top central banker Sylvie Goulard, who simultaneously stepped down from the Bank of France.

Graft-fighting group Anticor triggered the probe by filing a criminal report in June, with the investigation launched in September.

In a statement, the Bank of France said Goulard -- a former MEP and briefly defence minister under President Emmanuel Macron in 2017 -- would be leaving her post as one of the institution's deputy governors on December 5.

She wished to "return to the foreign ministry" where she started her civil service career, the bank said.

A source close to Goulard told AFP that her departure had "nothing to do with the investigation".

"Neither Sylvie Goulard nor her lawyer were informed that the investigation had been reopened," the source said.

A previous probe in 2019 was closed the following year after no crime was found, case files seen by AFP showed.

Anticor questioned in its complaint the work Goulard performed for the California-based Berggruen Institute think-tank.

She has acknowledged accepting 10,000 euros ($10,530 at current rates) per month working as a "special adviser" to the Council for the Future of Europe, an offshoot of Berggruen, between 2013 and 2016.

Goulard, who was also an MEP at the time, said her work had "no relation of any kind with the business activities" of the group's founder, German-American billionaire Nicolas Berggruen.

Her lawyer declined to respond Friday when contacted by AFP.

The Berggruen Institute denied in 2019 that Goulard had been given a fake job, highlighting that she organised meetings in Brussels, Paris and Madrid.

Goulard has also been charged in a probe into suspected fake jobs among assistants to MEPs from the Democratic Movement, a small centrist party that supports Macron.