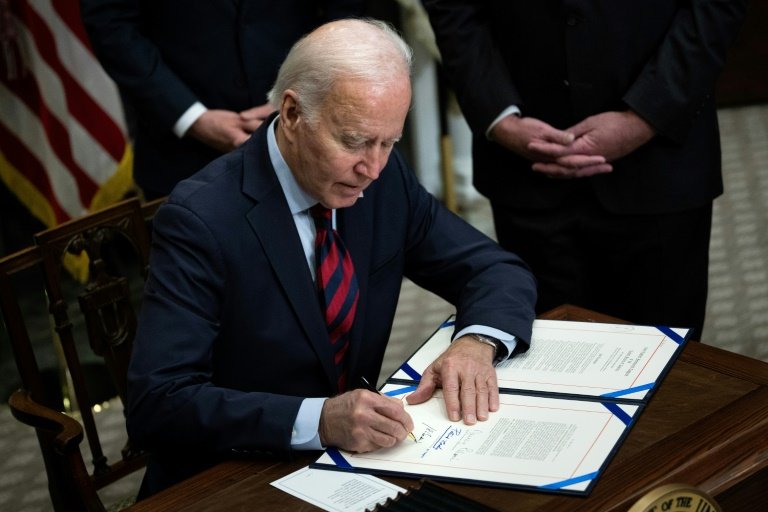 Biden signed the law in a brief White House ceremony only a week before unions who had rejected the deal were expected to have gone on strike, threatening crucial supply chains across the world's biggest economy.

The deal delivers a hefty wage increase but four of the 12 unions involved refused to accept because there was no agreement on giving workers paid sick leave. Congress acted under a little used power to resolve disputes involving railroads.

As he signed the bill, Biden said Congress had "avoided what, without a doubt, would have been an economic catastrophe."

"Without freight rail, many of the US industries would literally have shut down," Biden said, adding that his advisors feared the loss of three quarters of a million jobs within two weeks if the strike had gone ahead.

The episode is awkward politically for Biden who frequently touts his pro-union credentials. He was due to meet with electrical union members later Friday in Boston.