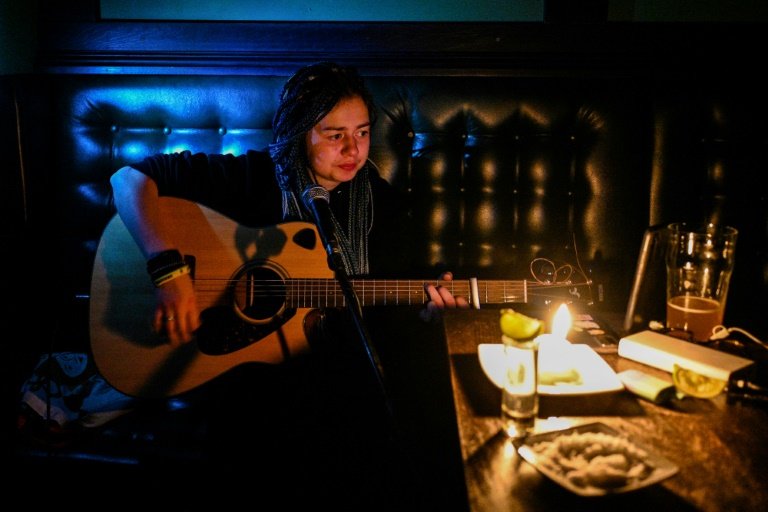 A woman plays guitar in a pub during a blackout in Lviv on December 2, 2022, during a scheduled power outage after the latest massive Russian airstrikes / © AFP

The G7 and EU on Friday agreed a $60-per-barrel price cap on Russian oil in an attempt to deny the Kremlin of war resources, as President Vladimir Putin said more strikes on Ukrainian infrastructure were "inevitable".

The price cap, previously negotiated on a political level between the G7 group of wealthy democracies and the European Union, will come into effect with an EU embargo on Russian crude oil from Monday.

The embargo will prevent shipments of Russian crude by tanker vessel to the EU, which account for two thirds of imports, potentially depriving Russia's war chest of billions of euros.

"The G7 and Australia... reached consensus on a maximum price of 60 US dollars per barrel for seaborne Russian origin crude oil in line with" the European Union, the G7 said in a statement.

The G7 said it was delivering on its vow "to prevent Russia from profiting from its war of aggression against Ukraine, to support stability in global energy markets and to minimise negative economic spillovers of Russia's war of aggression".

Poland had refused to back the price cap plan over concerns the ceiling was too high, before its ambassador to the bloc confirmed Warsaw's agreement on Friday evening. 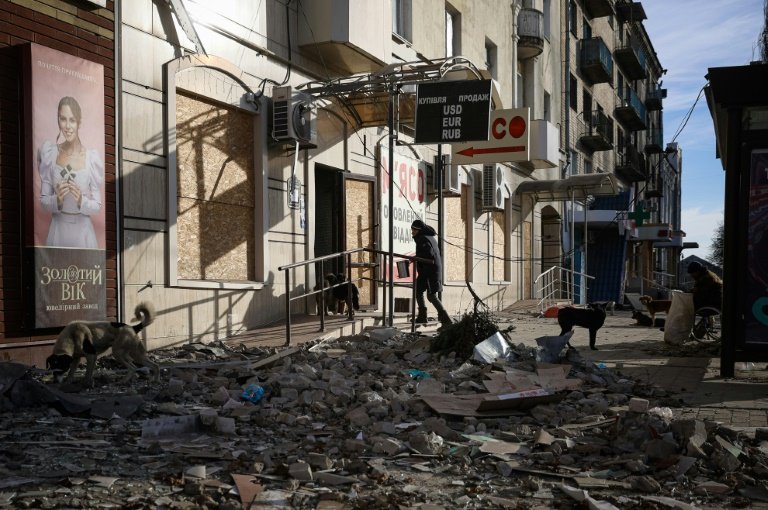 The price cap is designed to make it harder to bypass the sanctions by selling beyond the EU.

Poland's ambassador Andrzej Sados also said Brussels would take into account Polish and Baltic state suggestions for a "painful and expensive" ninth round of sanctions against Moscow.

Putin said Russian strikes on Ukrainian infrastructure were "inevitable", in his first conversation with German Chancellor Olaf Scholz since mid-September. 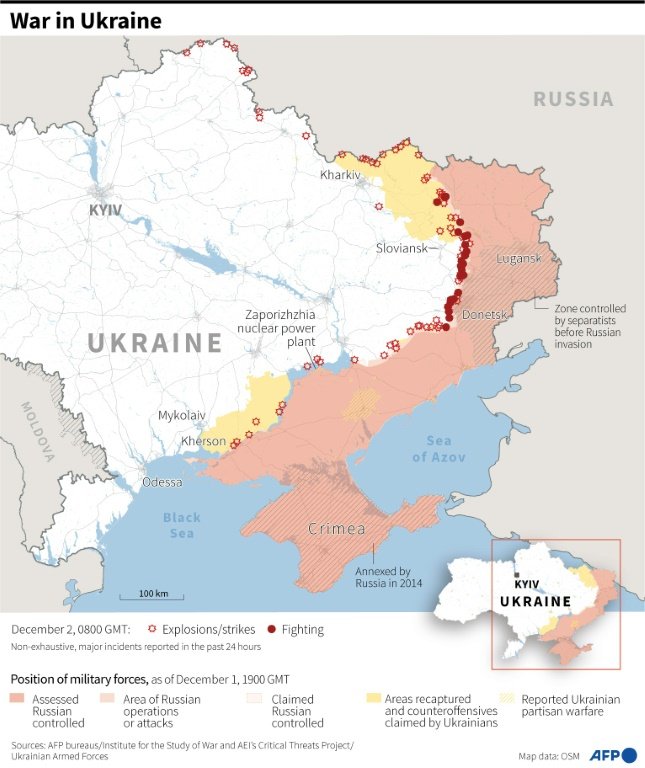 "Such measures have become a forced and inevitable response to Kyiv's provocative attacks on Russia's civilian infrastructure," Putin told Scholz, according to a Kremlin readout of the telephone talks.

The Kremlin leader referred in particular to the October attack on a bridge linking Moscow-annexed Crimea to the Russian mainland.

During the hour-long call, Scholz "urged the Russian president to come as quickly as possible to a diplomatic solution including the withdrawal of Russian troops", according to the German leader's spokesman.

But Putin urged Berlin to "reconsider its approaches" and accused the West of carrying out "destructive" policies in Ukraine, the Kremlin said, stressing that its political and financial aid meant Kyiv "completely rejects the idea of any negotiations".

Ukrainian President Volodymyr Zelensky had ruled out any talks with Russia while Putin is in power shortly after the Kremlin claimed to have annexed several Ukrainian regions.

The Kremlin also indicated Moscow was in no mood for talks over Ukraine, after US President Joe Biden said he would be willing to sit down with Putin if the Russian leader truly wanted to end the fighting.

"What did President Biden say in fact? He said that negotiations are possible only after Putin leaves Ukraine," Putin's spokesman Dmitry Peskov told reporters, adding Moscow was "certainly" not ready to accept those conditions.

The White House, meanwhile, sought to pour water on the idea of talks as well on Friday, saying Biden currently has "no intention" of sitting down with Putin. 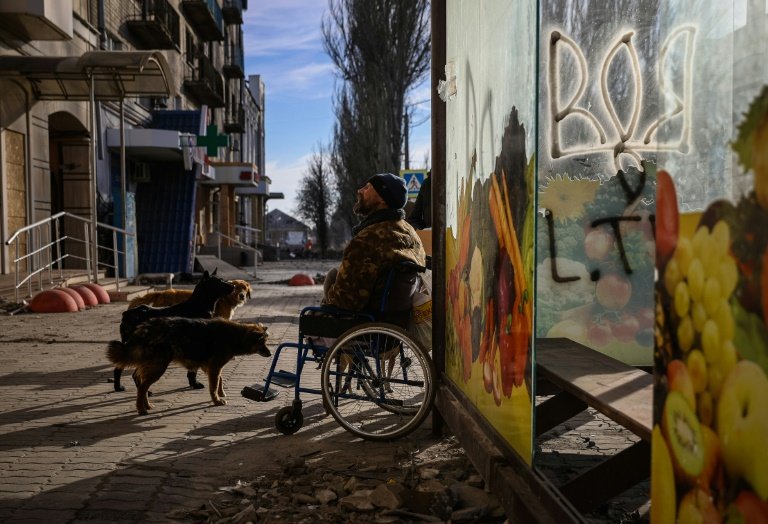 In the latest estimates from Kyiv, as many as 13,000 Ukrainian troops have died in the fighting since Russia's invasion / © AFP

But Washington did say it was ready to meet on a different issue, expressing disappointment that Russia had postponed talks on nuclear arms control.

Russia's strikes have destroyed close to half of the Ukrainian energy system and left millions in the cold and dark at the onset of winter.

In the latest estimates from Kyiv, Mykhaylo Podolyak, an adviser to Zelensky, said as many as 13,000 Ukrainian troops have died in the fighting.

Both Moscow and Kyiv are suspected of minimising their losses to avoid damaging morale.

The fighting in Ukraine has also claimed the lives of thousands of Ukrainian civilians and forced millions to flee their homes.

Those who remain in the country have had to cope with emergency blackouts as authorities sought to relieve the pressure on the energy infrastructure.