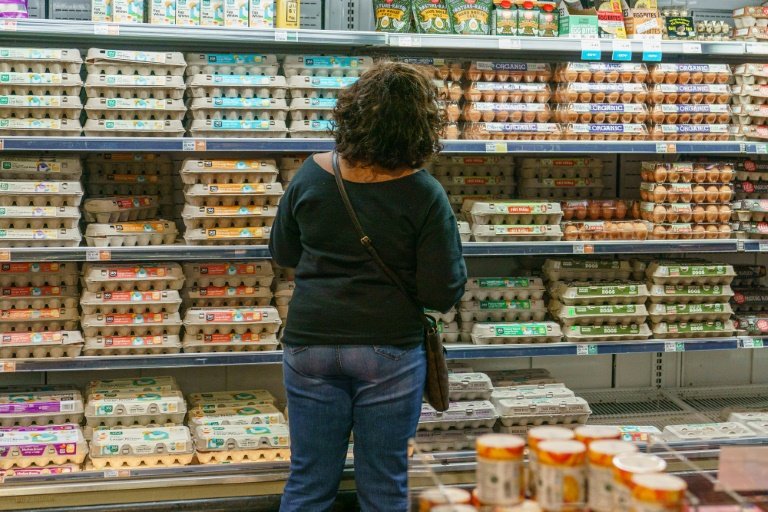 A closely-watched measure of US inflation edged down in October, government data showed Thursday, with costs of goods easing while incomes grew and spending remained resilient.

The latest figures are welcome news a day after Federal Reserve Chair Jerome Powell signaled it could soon be time to moderate an aggressive campaign to cool the economy, although he maintains that inflation "remains far too high" for now.

The personal consumption expenditures (PCE) price index -- the Fed's preferred inflation measure -- rose 6.0 percent from a year ago in October, down from a larger jump the month before, Commerce Department figures showed.

The central bank focuses on the PCE price index as it reflects consumers' actual spending, including shifts to less pricey items, unlike the more well-known consumer price index.

"We are seeing initial signs that we are making progress in tackling inflation," President Joe Biden said in a statement after the data release.

This is good news for Americans, Biden added, though he cautioned that "it will take time to bring inflation back to normal" and there could be "setbacks along the way."

On a monthly basis, the PCE index held steady at 0.3 percent.

While there was an uptick in prices of goods like gasoline and other energy products, this was partly offset by "widespread decreases in prices for durable goods," the Commerce Department said.

Excluding the volatile food and energy segments, the PCE price index rose 5.0 percent in October, year over year, also easing from before.

As families struggle with surging costs, worsened by logistics problems and fallout from Russia's invasion of Ukraine, the Fed embarked on a forceful effort to cool demand.

The latest data could lead to some reprieve, but economist Rubeela Farooqi of High Frequency Economics warned Thursday that inflation measures "remain well above target and support a move up in rates into restrictive territory."

Compared with a year ago, food prices remained 11.6 percent higher and energy costs were 18.4 percent more.

Meanwhile, household spending picked up in October by 0.8 percent, led by expenditure on new motor vehicles and gas, along with food services and accommodations.

"Household spending has remained resilient in the face of a 40-year high in inflation and rising borrowing costs. However, some softening can be expected going forward, as the Fed hikes rates" further, said Farooqi.