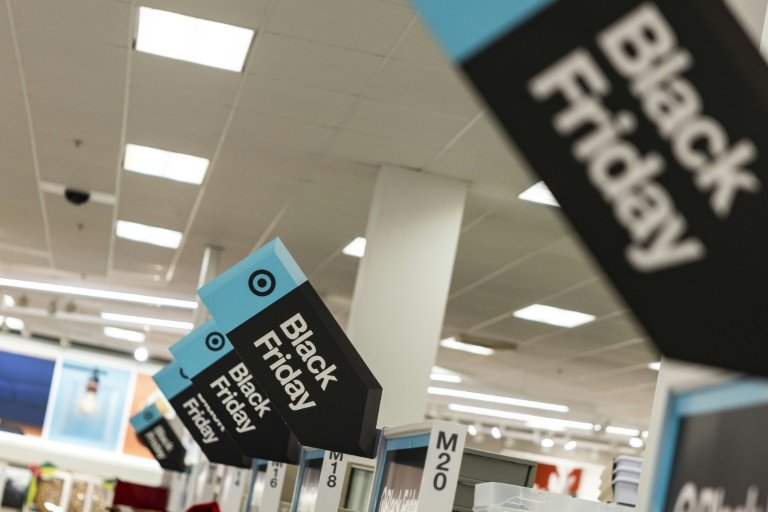 Stock markets were mixed Friday, as fresh Covid lockdown fears in China offset hopes that the Federal Reserve would moderate US interest-rate hikes.

Trading was light after the Thanksgiving day break in the United States with few catalysts to drive action on trading floors and investors looking ahead to economic data releases next week, as well as a public appearance by Federal Reserve Chair Jerome Powell.

The S&P 500 was flat at the end of a holiday-shortened session as much attention turned to "Black Friday," the annual kickoff of the festive shopping season.

Leading forecasts from Deloitte and the National Retail Federation project a single-digit percentage rise in US holiday sales this year, but this is unlikely to exceed the inflation rate -- which stood at 7.7 percent in October.

Most of Europe's major stock markets were up at the end of the day's trading while Asian indices closed mixed.

The euro was also mixed against main rivals, as official data showed Germany's economy grew more than previously thought in the third quarter despite high inflation and an energy crisis.

The mood across markets has picked up this month as a series of indicators suggested the US economy, the world's largest, was showing signs of slowing after the Fed ramped up interest rates to cool surging prices.

These include reports showing some moderation in inflation, which has dominated the central bank's focus for months.

And while a selection of Fed officials lined up to warn there was more tightening to come, there is an expectation that the days of bumper 75 basis-point increases are gone.

That has slightly eased worries that the sharp rise in borrowing costs could tip the US economy into recession -- though many observers still see a contraction coming.

Markets also focused on fears about the spike in Covid cases in China, which authorities are trying to contain with a series of targeted measures in big cities including Beijing and Shanghai, although they stopped short of full-on lockdowns.

Still, SPI Asset Management's Stephen Innes said there appeared to be less concern about the government's reaction as it looks to ease parts of its strict Covid-zero strategy.

"Stock and currency market investors are tentatively looking through the current lockdown regime while betting on the more optimistic interpretation that China is hitting the limits of 'Covid-zero' and the authorities' efforts to loosen restrictions will continue," he added.

But worries about China were at the heart of a nearly two percent dip in Apple shares amid concerns over the potential impact on production following protests at a vast iPhone factory in Zhengzhou city.

China's strict zero-Covid policy "has been an absolute body blow to Apple's supply chain with the Foxconn protests in Zhengzhou a black eye for both Apple and Foxconn," said analysts Daniel Ives and John Katsingris of Wedbush in an analysis.

Wedbush added that many Apple stores likely have shortages, warning it is not a good sign heading into the holiday season.