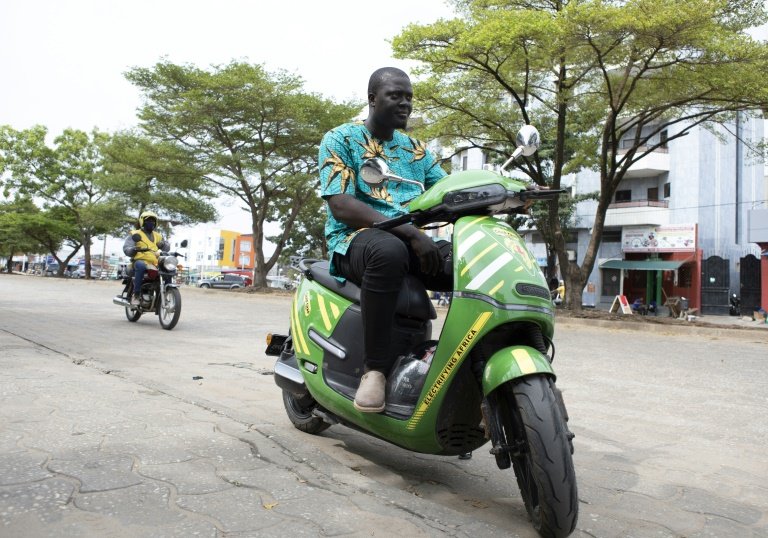 For many drivers in Cotonou, electric motorcycles are more a question of cost than pollution / © AFP

Beninese hairdresser Edwige Govi makes a point these days of using electric motorbike taxis to get around Cotonou, saying she enjoys a ride that is quiet and clean.

Motorcycle taxis are a popular and cheap form of transportation in West Africa.

But in Benin and Togo, electric models are gaining the ascendancy over petrol-powered rivals.

Customers are plumping for environmentally-friendlier travel and taxi drivers are switching to machines that, above all, are less expensive to buy and operate.

"They are very quiet and do not give off smoke," says Govi, 26, who had just completed a half-hour run across Benin's economic hub.

In African cities, road pollution is becoming a major health and environment issue, although for taxi drivers, the big attraction of electric motorcycles is the cost.

"I manage to get by," said Govi's driver, Octave, wearing the green and yellow vest used by Benin's zemidjan taxis -- a word meaning "take me quickly" in the local Fon language.

"I make more money than with my fuel motorcycle." 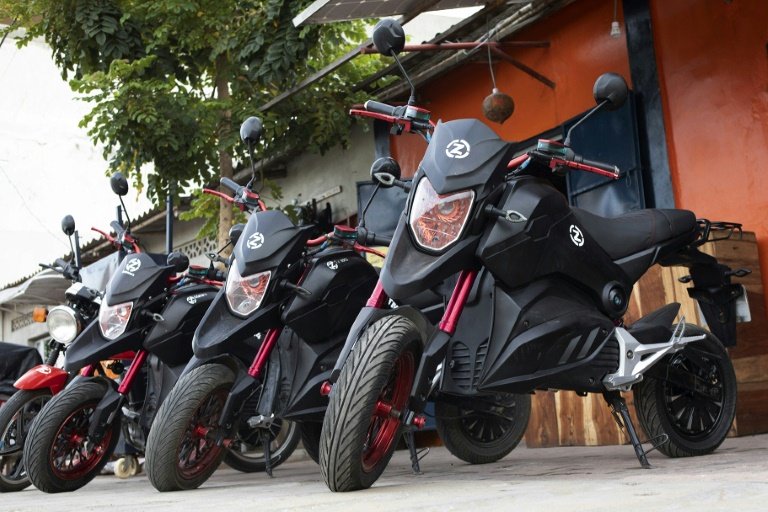 In Cotonou, two companies have been offering electric models for a few months and both say they are overwhelmed by demand / © AFP

Local environmentalist Murielle Hozanhekpon said the electric motorbikes do have some disadvantages "but not on an environmental level".

Alain Tossounon, a journalist specialising in environmental issues, said electric bikes were prized by taxi drivers as they were less expensive to maintain or run.

The cost factor has become more and more important in the face of an explosion of fuel prices this year triggered by Russia's invasion of Ukraine.

But this price difference is only one factor which explains the trend towards "silent motorcycles," said Tossounon.

To allow these motorcycles to be competitive with gasoline motorcycles, Beninese authorities have decided to exempt electric vehicles and hybrids from VAT and customs duties.

For a few months in Cotonou, at least two companies have been offering electric models. They say they are overwhelmed with requests and each shows strong sales in their own company figures.

The manufacturer Mauto launched in mid-2022 in Benin and Togo, where it said it has already put 2,900 motorcycles into circulation.

Many taxi drivers are also lured by flexible credit deals -- instead of making a hefty one-off purchase, many are able to get loans that they pay off monthly, weekly or even daily. 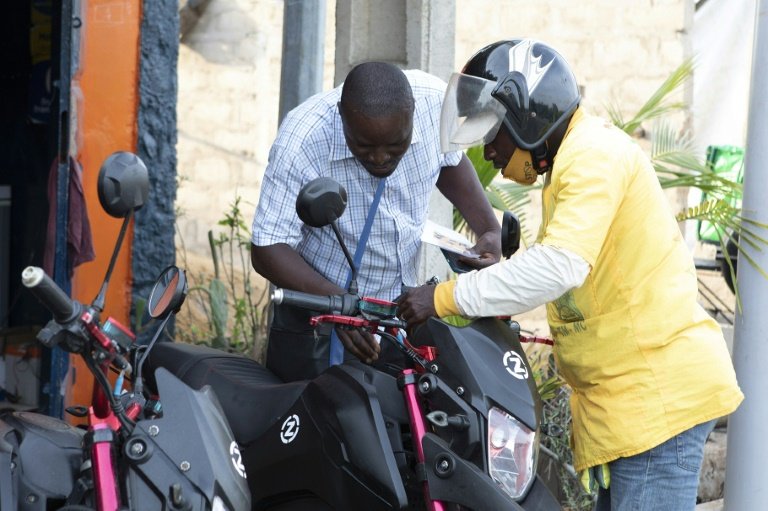 To attract more customers, Zed-Motors offers solar panels to facilitate recharging for those without electricity at home / © AFP

"The queue here is from morning to evening. Every hour, at least two roll out of the shop," said Anicet Takalodjou, a vendor from Mauto's competitor Zed-Motors.

Oloufounmi Koucoi, 38, director of the company delivering the models to Cotonou, said they had put thousands of e-motorcycles in circulation.

"The number is growing every day."

By assembling the motorcycles locally in Benin, his electric models are cheaper than if they had been imported.

To attract customers, his company, Zed-Motors, offers solar panels to facilitate recharging for those who do not have electricity at home.

For decades, Benin and its economy have struggled with power cuts. The situation has improved, but outages remain common.

In Lome, capital of neighbouring Togo, Octave de Souza parades proudly through the streets on his brand-new green electric motorcycle made by Mauto. 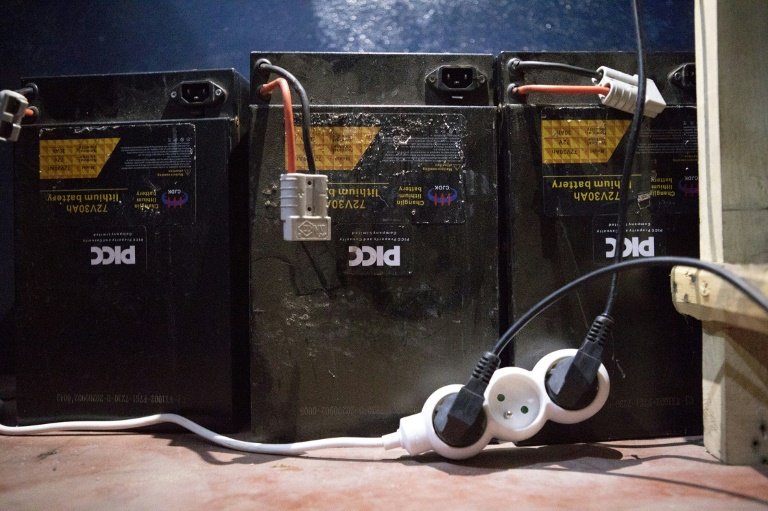 One point in particular makes him and his wallet happy: no more fuelling up.

"All you need to do is change the battery," he smiled. "There are sales outlets, you go there and it's exchanged for you."

A recharge costs 1,000 CFA ($1.50 / euros) and can provide three days' mobility. For the same price, Octave said, he would only be able to ride for one day using petrol, which is subsidised by the government.

Local authorities also are encouraging the switch to electric in a bid to replace old, highly polluting motorcycles.

But some drivers remain wary of electric models, citing range anxiety -- the worry of coming to a halt with a flat battery.

Taxi driver Koffi Abotsi said he struggled with the "stress" of having to quickly find a charging station so as not to break down.

"This sometimes leads us to swap (the battery) even with 10 percent or 15 percent charge remaining so as not to have any unpleasant surprises along the way."