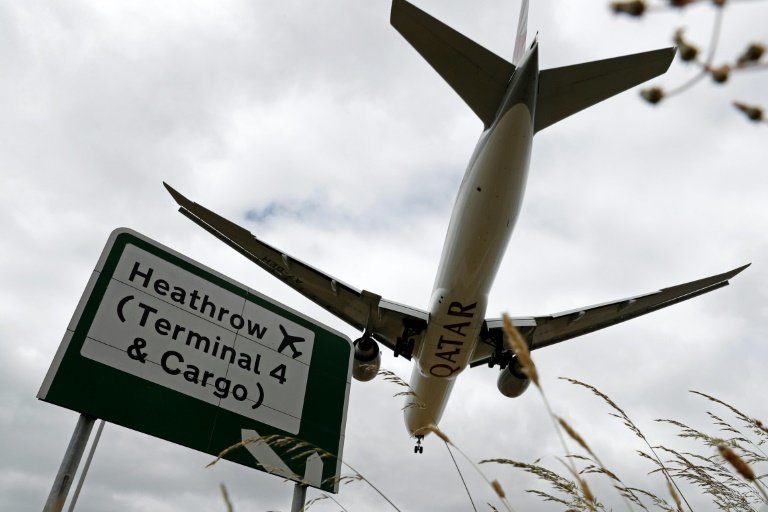 The Unite union said strike action will particularly affect Qatar Airways, which has laid on extra flights for the football World Cup / © AFP

England football fans flying to the World Cup in Qatar face delays and cancellations after staff at Heathrow Airport on Friday announced a three-day strike in a dispute over pay.

Around 700 members of the Unite union will strike between November 18 and November 21, with disruption expected at three of the London airport's five terminals.

Unite said the walkout will particularly hit Qatar Airways, which has laid on an additional 10 flights a week during the World Cup.

The tournament kicks off on November 20, with England starting their campaign the next day.

The staff from aviation companies Dnata and Menzies carry out various roles including ground-handling, airside transport and cargo.

"Both companies are highly profitable and can fully afford to make a fair pay increase. The owners and directors are simply lining their own pockets rather than paying their workers fairly.

"The workers at Heathrow will have Unite's complete support," she added.

The strikes are the latest to hit the UK, where train workers, dockers, postal staff and the legal profession have all announced walkouts amid a cost-of-living crisis fuelled by rampant inflation.

Other airlines set to be affected include Virgin, Singapore Airlines, Cathay-Pacific and Emirates.

Dnata has offered its workers a five percent pay rise, while Menzies has proposed hikes of between two and six percent, according to Unite.

But this represents a real-terms pay cut with inflation currently running at 10.1 percent.