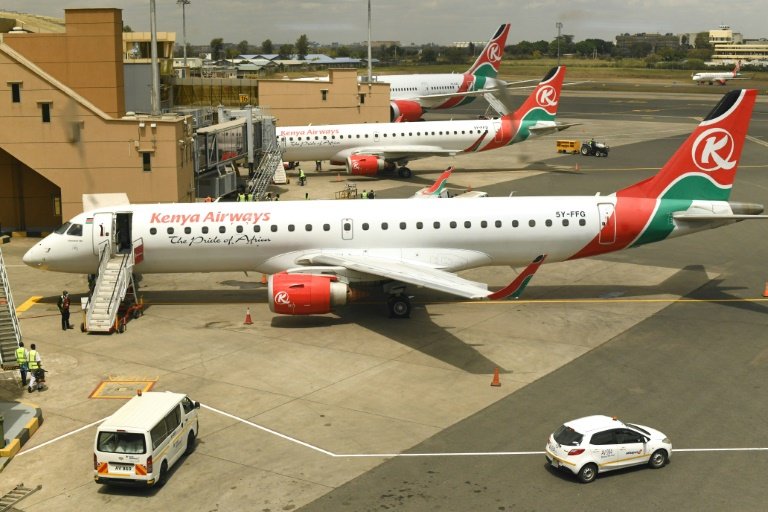 The airline, partly owned by the government as well as Dutch carrier KLM, is one of the continent's biggest, connecting multiple nations within Africa to Europe and Asia, but it is facing turbulent times.

The Kenya Airlines Pilots Association (KALPA) said a series of meetings with the airline management had failed to resolve the pilots' grievances.

"Kenya Airways management's actions have left us with no other option," Nyaga said, adding that a 14-day notice on the action had ended without a solution.

"We had hoped that the management of the airline would soften its stance and engage in negotiation on the issues raised."

The pilots, who have had a particularly fraught relationship with management, are pressing for the reinstatement of contributions to a provident fund.

They also want back payment of all salaries stopped during the Covid pandemic.

Kenya Airways on Wednesday warned the strike would jeopardise its recovery and said none of the grievances by the pilots merited a strike.

"Industrial action is unnecessary at this point, as it will delay and disrupt the financial and operational recovery and cause reputational damage to Kenya Airways," board chairman Michael Joseph said in a statement.

On Monday, the airline won a court injunction stopping the strike but the pilots' union have nevertheless vowed to down tools.

An official at KALPA told AFP the pilots "were acting within the provisions of the law", referring to the expiry of the strike notice.

Kenya Airways was founded in 1977 following the demise of East African Airways and flies over four million passengers to 42 destinations annually.

But its "Pride of Africa" slogan rings hollow as it is operating thanks to state bailouts following years of losses.