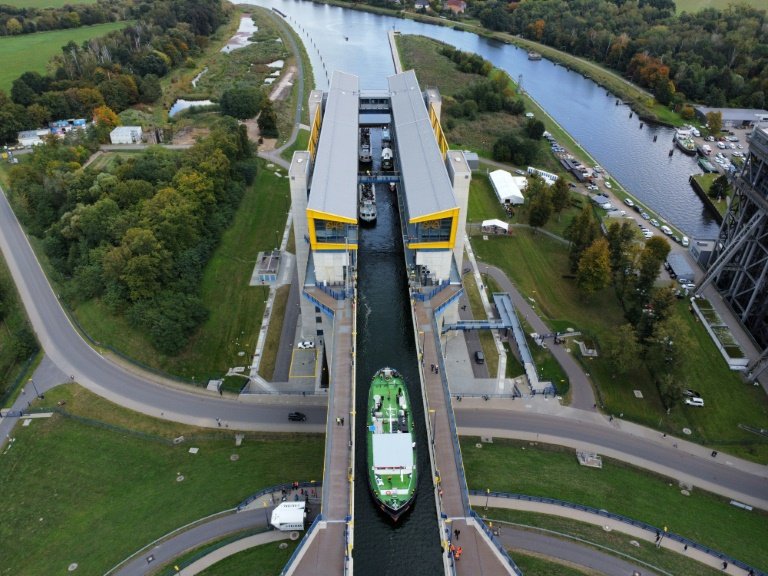 Germany's whopping new boat lift could lug the weight of 50 blue whales over a stretch of canal between Poland and Berlin.

The powerful concrete elevator -- the country's largest -- is designed for big modern barges, and began welcoming ships for the first time on Wednesday.

The engineering feat in Niederfinow, eastern Germany, measures 133 by 46 metres (145 by 50 yards) and stands at 55 metres tall.

The lift around 50 kilometres (31 miles) from Berlin takes a few minutes to hoist boats over a height of 36 metres -- allowing them to travel smoothly from the Polish port of Szczecin to the German capital.

With its mesh of metal cables, the huge concrete structure rises up against a backdrop of green fields by the Oder-Havel Canal in the state of Brandenburg.

The lift was built to replace an old one in the same location, commissioned in 1934 but no longer sufficient for modern maritime traffic. 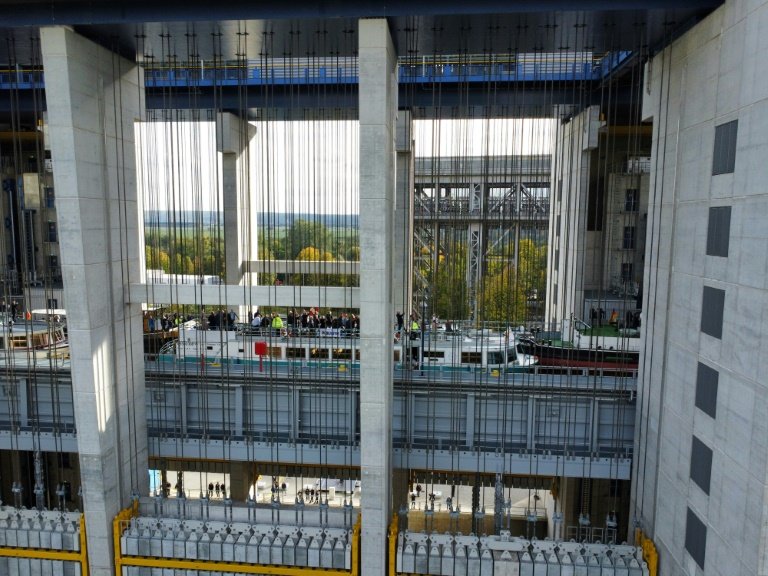 The new version is 30 metres longer than its predecessor and can carry nearly twice as much weight -- equivalent to "50 adult blue whales or 1,600 elephants", Wissing said at the official opening on Tuesday.

Building the structure was not plain sailing, though -- the process was delayed eight years by late deliveries, a supplier going bankrupt, worker shortages and the coronavirus pandemic.

Local media dubbed the project the maritime BER, a reference to Berlin's long-delayed airport which finally opened in 2020.

The old structure was the tallest boat lift in the world when it was built. 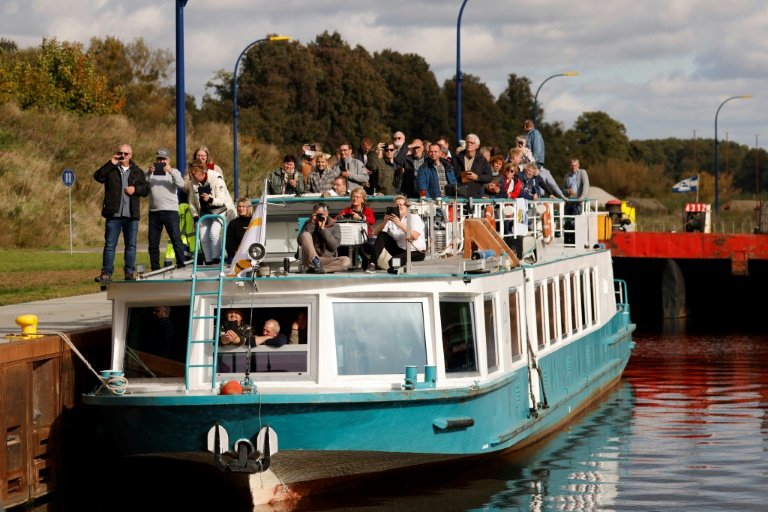 That record has long since fallen to a mighty lift at the Three Gorges Dam in China, which raises and lowers boats over a distance of 113 metres.

Niederfinow's old lift will continue operating until 2025, and live on as the main tourist attraction in the rural village of around 600 inhabitants.