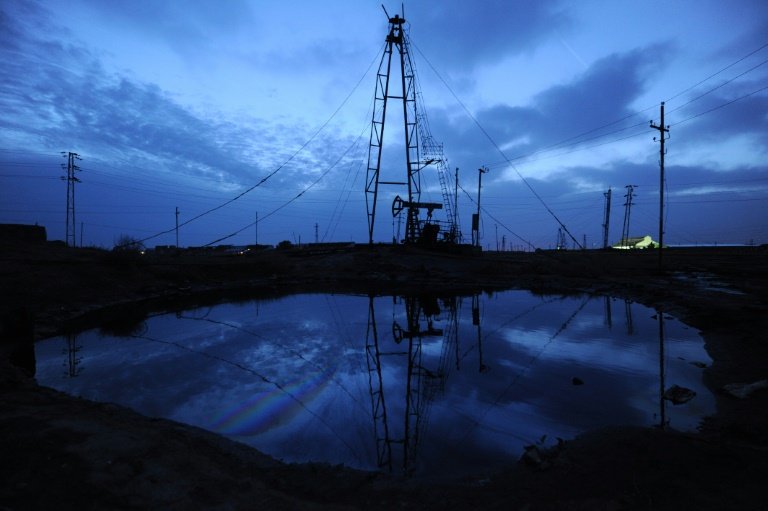 Oil prices climbed Wednesday as OPEC and its Russia-led allies announced a major cut in output, while a stocks rally ran out of gas.

In Vienna, ministers from the 13-nation OPEC cartel and a group of 10 exporters led by Russia agreed to reduce production by two million barrels a day from November.

It is the biggest cut since the height of the Covid pandemic in 2020 and came despite concerns it could fuel inflation further and push central banks to hike interest rates even more.

Oil prices had slid in recent weeks back to the levels before the war in Ukraine on concerns of a global slowdown, but have surged in recent days on expectations of the production cut.

The main international crude contract, Brent, jumped two percent following the decision before finishing at $93.37 a barrel, up 1.7 percent.

"Oil futures are expected to continue their rally in the short and medium term, but continued concerns over a global recession and rising inflation are likely to limit the long-term upside," said Srijan Katyal of the international brokerage ADSS.

Swissquote analyst Ipek Ozkardeskaya warned that the big cut could "backfire" on OPEC+ if investors fear it will push inflation higher and force central banks to hike interest rates so much that it triggers a recession.

"The higher the energy prices, the sharper the central banks must kill demand to pull the prices lower," she said before the decision was announced.

Meanwhile, a stocks rally triggered by hopes the US Federal Reserve could let up in its campaign of aggressive interest rate hikes to tame inflation has petered out.

"Market participants are being forced to contend with the possibility that the Fed won't acquiesce to the stock market's hopeful wishes," said analyst Patrick O'Hare at Briefing.com.

In currency trading, the pound took another beating as a speech by British Prime Minister Liz Truss failed to reassure investors about her controversial fiscal plans.

"As Prime Minister Liz Truss took to the stage to try and shore up her support among her party and the country, the pound fell further back and government borrowing costs rose slightly," said market analyst Susannah Streeter at Hargreaves Lansdown brokerage.

"The speech will do little to quell dissent over worries that public services will bear the brunt of the tax cuts plans" she added.

Shanghai - Composite: Closed for a holiday