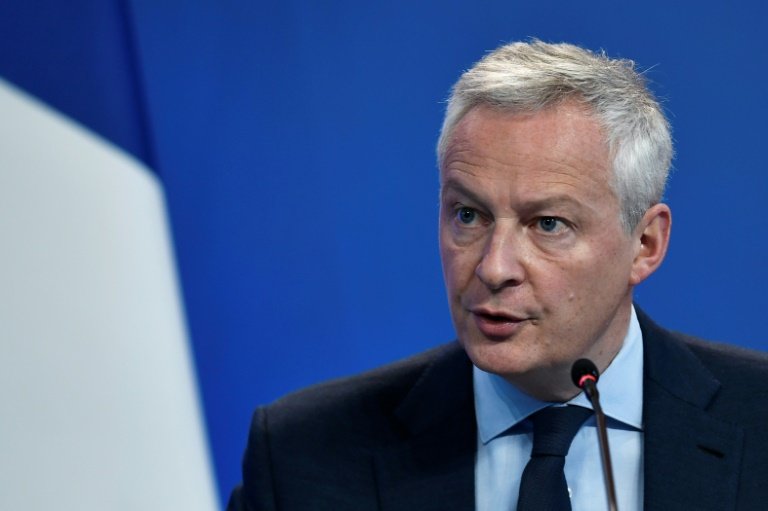 "This is not a restrictive budget, nor an easy one," Finance Minister Bruno Le Maire said at a press conference / © AFP

The French government will borrow a record 270 billion euros ($260 billion) next year to finance a budget that includes caps on energy prices that are expected to soar over the winter, officials said Monday.

"This is not a restrictive budget, nor an easy one -- it's a responsible and protective budget at a time of great uncertainties," Finance Minister Bruno Le Maire said at a press conference.

Electricity and gas prices have jumped since Russia's invasion of Ukraine, and officials are urging energy "sobriety" to help avoid any shortages as the conflict drags on.

The government has vowed that, from January, increases of electricity and gas prices will be limited to 15 percent, a measure expected to cost 45 billion euros.

"There's a large amount of spending because of gas," Le Maire acknowledged, saying "this can only reinforce our determination to accelerate the climate transition."

The government has also announced pay increases for teachers, judges and other civil servants as inflation is forecast to reach 4.3 percent next year after 5.4 percent in 2022.

And nearly 11,000 more public employees will be hired, in a stark reversal of President Emmanuel Macron's 2017 campaign promise to slash 120,000 public-sector jobs.

The government is tabling on growth of one percent, a forecast Le Maire defended as "credible and pro-active" despite an estimate of just 0.5 percent GDP growth by the Bank of France, and 0.6 percent from economists at the OECD.

The public deficit is expected to reach five percent of GDP, as the EU has suspended the rules limiting deficit spending to three percent of GDP because of Russia's war against Ukraine.

The budget plans are likely to face fierce opposition in parliament, where Macron's centrist party and its allies lost their majority in elections earlier this year.

Macron also plans to push ahead with a pension reform that would gradually start pushing up the official retirement age from 62 currently, setting up a standoff with unions and left-wing opposition parties.

A nationwide strike against the reform has already been called for Thursday.