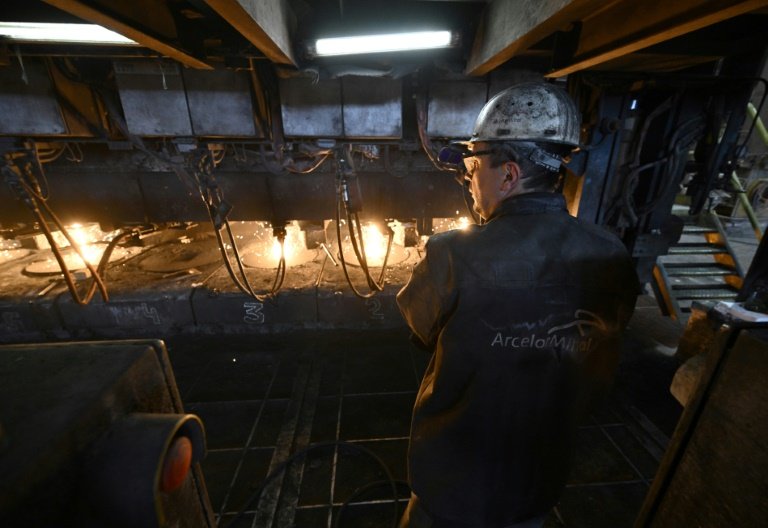 Usually the engine-room of the Ukrainian economy, heavy industry has fallen victim to Russia's invasion, with output ground down under the pressure of the war.

In the gigantic ArcelorMittal steelworks and iron mine complex in Kryvyi Rih, three of the four blast furnaces have been shut down, while the mine lies dormant.

The last working blast furnace, a cathedral of metal surrounded by colossal pipes, was running on low gear when AFP visited.

Much of the site which sprawls over 70 square kilometres -- two-thirds the size of the city of Paris -- and normally employs 22,000 people was running below normal operations.

A handful of workers took turns tending a small river of glowing metal, while square steel beams clank along a treadmill in a cavernous hangar nearby. 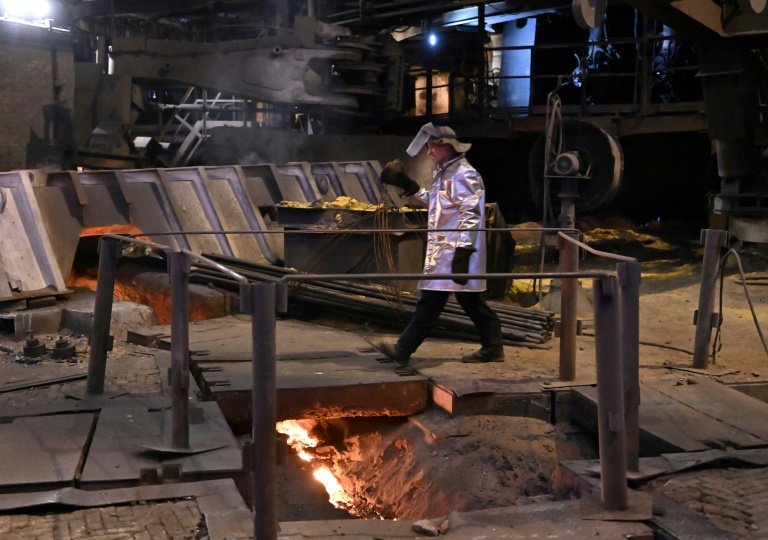 After the Russian invasion began, work halted at the complex for a month / © AFP

The complex in the southern city close to the frontline is considered a national jewel by Ukrainians.

Bought in 2005 by ArcelorMittal for nearly $5 billion, its products are sold internationally -- including for the Burj Khalifa skyscraper in Dubai, the tallest in the world.

But after the invasion began in February, work halted for a month when Russian troops approached Kryvyi Rih.

Production eventually restarted, but at a reduced tempo.

By the end of August, output was "between 15 and 20 percent" of the corresponding period in 2021, according to Artem Filipiev, the site's deputy director.

Some 2,000 of the site's employees are currently fighting in the Ukrainian army, and 17 have been killed, so keeping the plant functional is "not just about profit...(but) social responsibility", he said.

Among the myriad logistical headaches the war has caused for Ukraine's industrial sector are how to maintain supplies, keep customers, and deliver products. 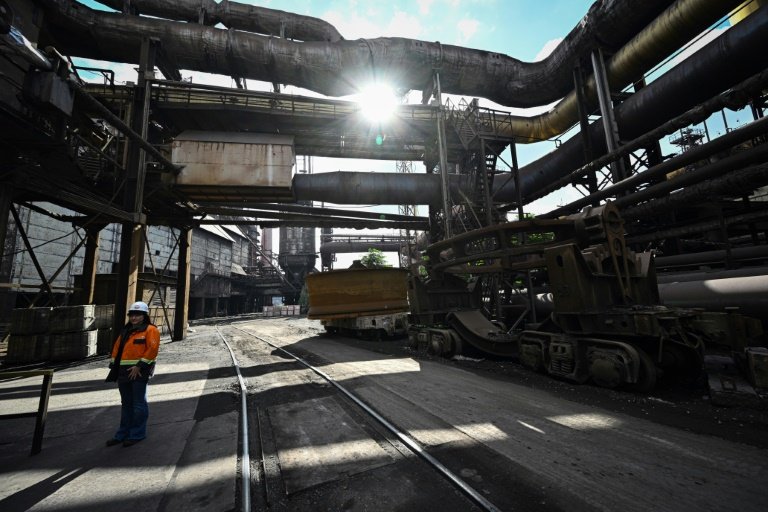 Ports in the southwest like Odesa and Chernomorsk remain in Ukrainian hands, although Russia -- under strong international pressure -- has only allowed their use for grain exports.

"The ports are closed, the metallurgical industries of Mariupol were among our main consumers of iron ore, clients in Zaporizhzhia have also slowed down their activity, our iron mines are at a standstill," said Sergiy Milutin, deputy mayor of Kryvyi Rih.

ArcelorMittal -- which exports 85 percent of its products -- says it now uses rail and river transport for deliveries, mainly via Poland and the Baltic Sea, as well as Romania.

But the costs have "multiplied by two or three" for steel producers, Marina Bozkurt, an analyst with Rystad, told AFP.

The months-long shelling by Russia of Ukrainian troops entrenched in the Azovstal steelworks in Mariupol showed the resilience of such Soviet-era infrastructure -- but ultimately the facility was left destroyed.

By September, over 420 Ukrainian industries and companies had been damaged or destroyed by the war, comprising an estimated loss of $30 billion, according to the Kyiv School of Economics. 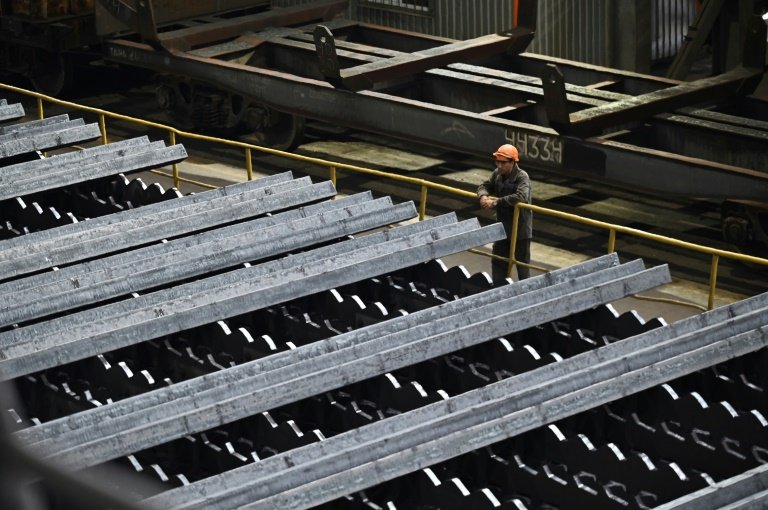 Some 2,000 of the site's employees are currently fighting in the Ukrainian army, and 17 have been killed / © AFP

Mining and manufacturing processing industries made up 17 percent of Ukraine's GDP in 2021, and the sector "is part of the economic security" of the country, said Dmytro Goryunov, an economist with the Centre for Economic Strategy.

The importance of heavy industry for the economy explains why Russia pounds it, according to Anatoly Kovaliov, rector of the Odessa National University of Economics.

"After three days of failed 'blitzkrieg', of absolute fiasco, the Russians understood that they would not take our country easily, so they decided to destroy it", Kovaliov told AFP.

The Kremlin has an aim of "de-economisation", he said.

Ukrainian GDP collapsed by 37 percent in the second quarter of 2022 compared to the same period last year, according to Goryunov.

According to Kovaliov, the country needs a good five to eight years of reconstruction once it wins the war, which he believes is a certainty.

"We will need a Marshall Plan," he said, referring to the US-devised giant economic rescue scheme to rebuild Europe after World War II.