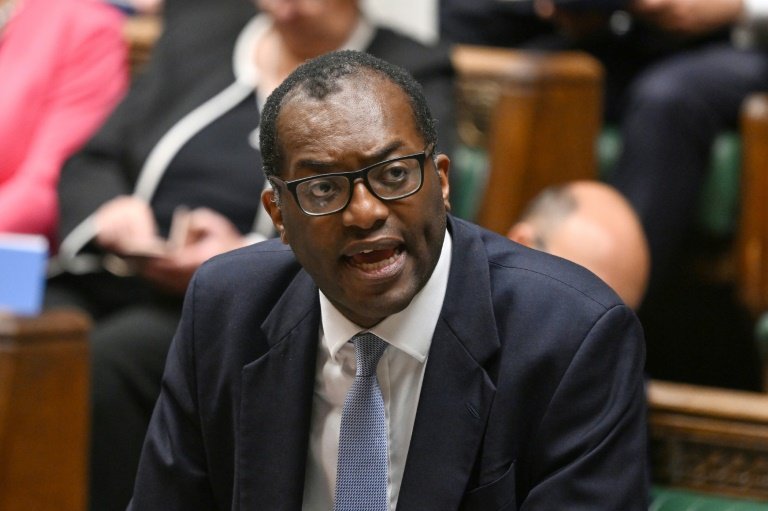 After last week's rout, US indices climbed early in the session before tumbling back into the red.

Both the Dow and S&P 500 dropped more than one percent to finish at their lowest value of the year. The Dow also entered a "bear market," defined as a 20 percent retreat from its last record.

London shares closed flat, paring earlier losses after the pound hit a record low against the dollar on surging fears about the ailing UK economy, before recovering ground.

"Investors are reacting to a really toxic brew of bad news that was made worse by what happened in the UK on Friday, which was the stimulus spending into an already bigger inflationary problem," said Andy Kapyrin, co-chief investment officer at RegentAtlantic.

"I'm not sure that we've seen the bottom here," Kapyrin said. "But I think it does make sense for investors to dip their toe into the water, the stock market is materially cheaper than it started the year."

Having extended losses in morning trading, Frankfurt and Paris edged higher by mid-afternoon, only to close the session in the red.

The Bank of England said it was paying close attention to financial markets and would "not hesitate to change interest rates by as much as needed" to curb inflation.

Sterling has struggled in recent years as the UK fails to strike major trade deals following its exit from the European Union.

Prior to Monday's crash, the pound suffered a series of 37-year lows against the greenback this month on UK recession fears propelled by sky-high inflation.

The euro has additionally come under heavy selling pressure against the dollar in recent months, as the Federal Reserve hikes interest rates more aggressively than the European Central Bank. 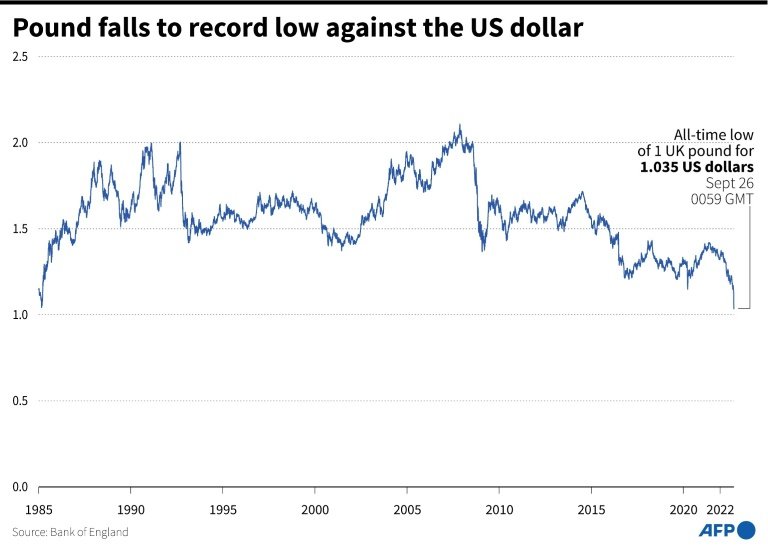 A day after Eurosceptic populists swept to victory in Italy's general election, the interest rates on 10-year government bonds hit their highest level for around a decade in France, Germany and Italy.

"Time will tell how successful the new government will prove to be but the prospect of some political stability appears to be generating a small relief rally today," said Craig Erlam, analyst at trading platform OANDA.

Elsewhere, oil prices pulled back, with US benchmark West Texas intermediate ending at its lowest level since January, as the strong dollar weighed on the commodity, along with worries over petroleum demand.