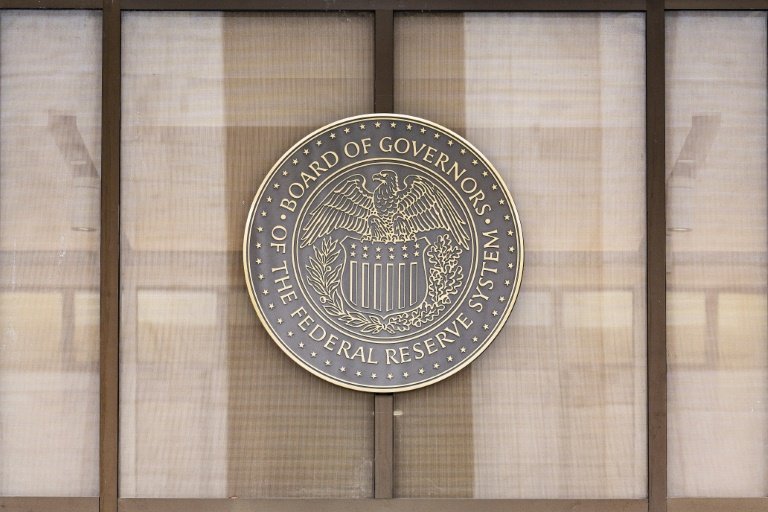 The Federal Reserve remains committed to raising interest rates further to quell rising prices, but agrees that "at some point" it would be appropriate to slow the pace of such hikes, according to meeting minutes / © AFP/File

US central bankers remain committed to raising interest rates further to quell rising prices, but agreed it would be appropriate to slow the pace of the hikes "at some point," the Federal Reserve said Wednesday.

The central bank has raised the benchmark borrowing rate four times this year, including two massive three-quarter-point increases in June and July as it tries to cool demand to lower prices that have surged at the fastest pace in more than 40 years.

The aggressive moves took on more urgency after US annual inflation spiked to 9.1 percent in June.

In the minutes of the July policy meeting, which produced a second massive rate increase of 75 basis points, Fed officials said it will take some time to bring "unacceptably high" inflation back down near the two percent goal.

Policymakers are trying to tread a narrow path and avoid pushing the world's largest economy into recession, and many officials at the meeting cautioned that there is a "risk" the Fed could go too far.

Since the last Fed meeting, financial markets have been cheered by hopes that a slowing economy will allow the central bank to dial back or even halt the rate hikes, especially after comments from Fed Chair Jerome Powell, who signaled that the rapid increases eventually would give way to more normal steps.

But Fed officials have tried to dispel some of that excess optimism, stressing in recent speeches that the central bank is committed to pursuing its battle on inflation -- a message echoed in the minutes.

And economists see no suggestion of a pivot from the Fed's policy-setting Federal Open Market Committee (FOMC) any time soon.

After the benchmark rate was slashed to zero at the start of the coronavirus pandemic, it now sits in a range of 2.25 to 2.5 percent.

"Even if the FOMC decides to scale back its rate hike to 50bps on September 21, we look for another 125bps increase in the fed funds rate by year-end," said Kathy Bostjancic of Oxford Economics.

And the central bankers said even when the rates hit a "sufficiently restrictive level," they may keep them there for some time to ensure that inflation falls.

There have been some positive signs in the economic data, as consumer inflation slowed in July to 8.5 percent, and soaring gas prices, exacerbated by the war in Ukraine, have fallen in recent weeks. 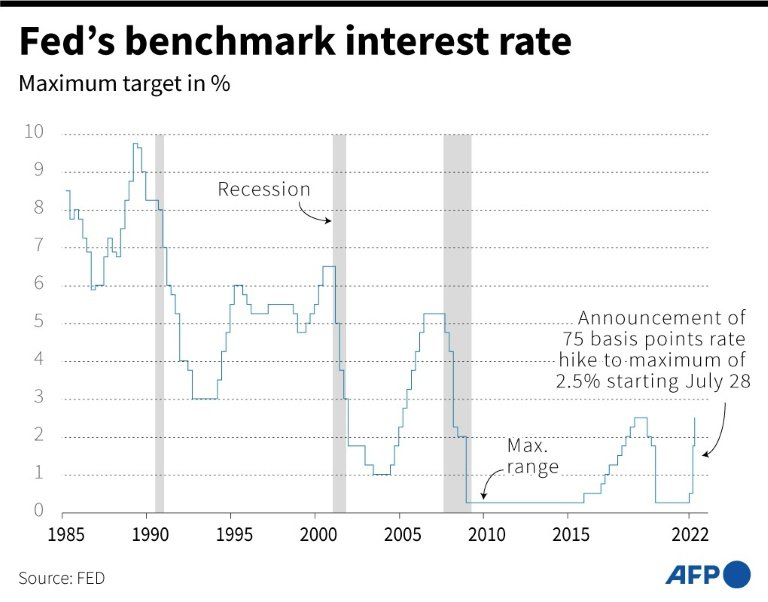 FOMC members noted the recent decline as well as some signs that supply constraints have eased, which also should work to bring down prices.

However, they said falling oil prices "cannot be relied on" to lower overall inflation, and instead, slowing demand will be a key factor in curbing price pressures, the minutes said.

Some officials warned against "complacency."

Still, the rapid, aggressive moves by the central bank have started to have an impact, and while officials say the US economy should continue to expand in the second half of the year, "many expected that growth in economic activity would be at a below-trend pace," the minutes said.

While the labor market remains strong, many noted "some tentative signs" that job conditions have started to soften.

Last month, the world's largest economy still had nearly two job openings for every unemployed person in the labor force.

Meanwhile, American consumers have continued to spend despite high prices, drawing on a stockpile of savings, though data indicate a shift towards services and away from cars and other big-ticket items, while rising mortgage rates have started to slow activity in the housing sector.