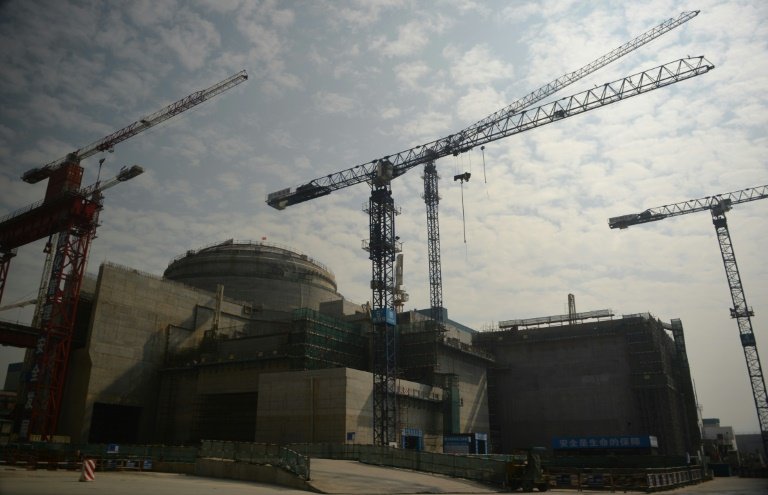 A nuclear reactor in southern China has been reconnected to the electricity grid more than a year after it was shut down to repair damage, its operator said.

"The monitoring results of Taishan Nuclear Power Plant and its surrounding environment are normal," CGN said in the filing, without giving further details.

The plant is operated in a partnership with French energy giant EDF and uses the European Pressurised Reactor (EPR) design, which was developed to relaunch nuclear power in Europe after the Chernobyl catastrophe of 1986.

The design is touted as offering higher power and better safety, but EPR projects in Finland, France and Britain have been plagued by delays and cost overruns.

There are more than 60,000 fuel rods in the reactor and the proportion of damaged rods was "less than 0.01 percent", China's environment ministry and nuclear regulator said before the reactor's closure.

They called the damage "inevitable" due to factors including fuel manufacturing and transportation.

EDF also previously blamed the build-up of radioactive gases at the Taishan plant on deteriorating coating on some uranium fuel rods.

EDF on Wednesday confirmed that the reactor resumed production on Monday.

"After an in-depth investigation, the Chinese safety authority gave its agreement for the restart of EPR reactor 1 at Taishan," EDF's spokeswoman said.

Official environmental monitoring data last year showed a slight increase in radiation near Taishan compared with other nuclear plants in China, but within the normal range of environmental radiation levels in Guangdong.