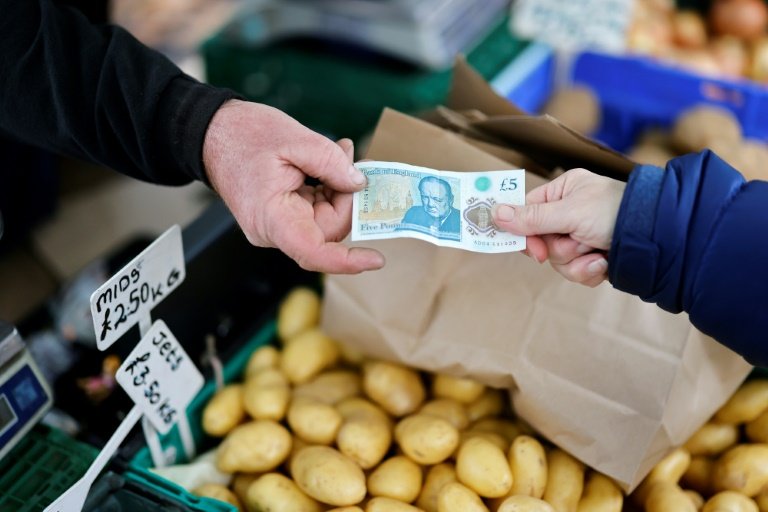 US retail sales flatlined at $682.8 billion in July as gasoline prices retreated from record levels while American consumers boosted spending on furniture, food, electronics and at online stores.

Earnings from big-box US chains were also mixed, with Lowe's topping profit estimates but Target suffering a big drop in earnings as the retailer contends with rising costs.

All three major US indices retreated, with the S&P 500 shedding 0.7 percent.

"The market had been overbought, coming into this week," said Quincy Krosby of LPL Financial, who added that investors were trying to "digest" recent gains.

But many officials at the meeting cautioned that there is a "risk" the Fed could go too far as it tries to cool demand to lower prices that have surged at the fastest pace in more than 40 years.

European bourses were also on their back foot as official data showed UK inflation surging to a new 40-year high, with the Consumer Prices Index (CPI) accelerated to 10.1 percent last month from 9.4 percent in June.

The Bank of England warned earlier this month that UK inflation would climb to just above 13 percent this year, which would be the highest level since 1980.

It also projected that the country would enter a recession near the end of the year that the BoE expects to last until late 2023.

Investors remain on edge as central banks hike interest rates to fight runaway inflation, but the monetary policy tightening could threaten to tip economies into recession.

"It is progressively becoming difficult for investors to justify maintaining an optimistic view on the stock markets given a challenging global macro-outlook," he added.