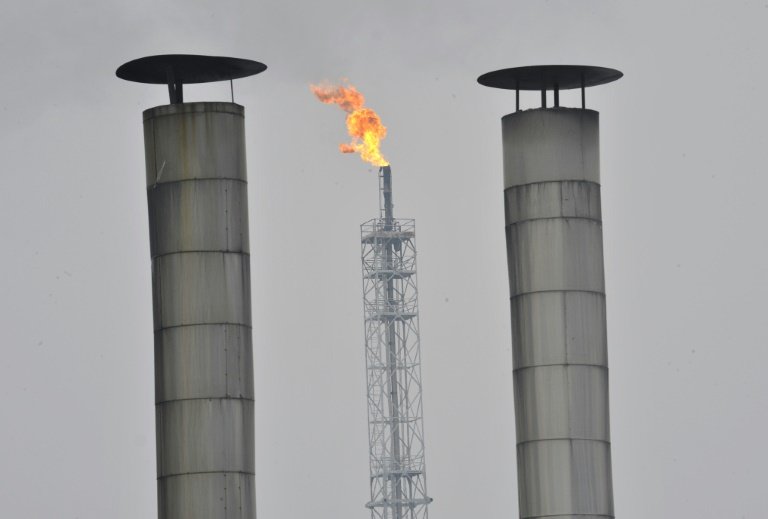 Global stocks moved mostly higher on Tuesday, as investors were buffeted by mixed economic news and a surge in European natural gas prices that later reversed.

European gas prices jumped to a six-month peak, exacerbating recession fears as the region faces the prospect of rationing following cuts in supplies from Russia amid the war in Ukraine.

But prices retreated later in the day, as did oil prices which fell for a third day, tumbling nearly three percent to the lowest level since late January amid prospects for an influx of new supply as well as fears that demand will subside due to downturns or slow growth in major economies such as China.

In Europe, the natural gas reference price Dutch TTF jumped at one point to over 250 euros per megawatt hour -- the highest level since the start of March, not long after Russia's invasion of Ukraine -- but by the end of the US day, the price was down to 223.75, below Monday's ending level.

Spiking gas prices would likely push European nations into recession, hitting demand for other goods such as oil.

"A slick of worry is growing about the darkening prospects for global growth as economies slow around the world, pushing down oil prices in expectation of lower demand," noted Susannah Streeter, senior investment and markets analyst at Hargreaves Lansdown.

Signs that Iran is moving towards a nuclear deal with world powers added to the downward pressure on energy prices, with an agreement seen as allowing the country to restart oil sales on the world market.

Analysts said Tehran could provide 2.5 million barrels a day, giving a much-needed shot in the arm to supplies, which have been hammered by sanctions on Russia in response to its invasion of Ukraine.

Libya has also boosted production, helping prices drop to six-month lows and wiping out the gains seen after the Ukraine war started.

But analysts warned that there might still be some way to go on an Iran agreement, due to upcoming US congressional elections.

US equities went for a ride Tuesday, ending the day mixed after bouncing around for most of the session as investors digested solid retail company earnings but disappointing housing data.

Shares started the day in the doldrums after data showed new US home construction dove in July, but were buoyed when Walmart reported a jump in revenues, with the retail giant also saying its annual profit would not be as bad as it predicted three weeks ago.

"We can't say that Walmart had extraordinary results but it was better than expected. Overall Wall Street was too pessimistic," Gregori Volokhine of Meeschaert Financial Services told AFP.

European stocks advanced despite dismal survey data from Germany, with the relatively low value of the euro and pound providing a lift.